Reiss and Holliman recorded the album at the Oakland studio New Telos, a former storefront church whose name feels like an appropriate banner to hang over the proceedings. Hover represents a definitively new approach for the duo. Where Sleepy Sun’s songs need wide spaces to contain their gentle but insistent unfurling, Fine Points are far more insular. Consider them the Oakland to Sleepy Sun’s Golden Gate Park, the raw and hopeful organics of nature being traded for cramped sleeping quarters and a particularly sunny kind of ennui.

Still, you don’t play in a band like Sleepy Sun for a decade (and counting) and shed its influence overnight. Reiss and Holliman braid wavy guitar lines, capturing in opener “Astral Season” a dispirited wave floating in off the Bay. Later, in “Just Like That,” the pair lean into a bright guitar workout that makes them sound a bit like Billy Corgan sitting in with Beach House. “Just like that, the city’s waiting to catch you in a net,” goes the chorus, and it’s this sense of fated despair intermixed with the playful bounce of the song’s bassline and the singers’ insistence that you not fret that gives Hover its aesthetic strength.

Reiss and Holliman describe the album as being informed by the “foggy resonance that rests upon the Pacific,” which feels about right. Still, there’s an unflagging optimism to Hover that refuses to be cowed, despite the way those streaks of darkness lurk and cling.

The duo recorded Hover between gigs with Kevin Morby, Mikal Cronin, and White Fence, and, they say, built the album on “the good faith of longtime collaborators, countless demos, and the change under their secondhand couch.” Give Hover a listen below, and preorder the album here. 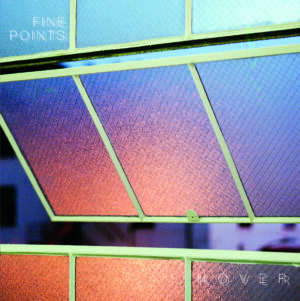 Hover is out July 17 on Dine Alone.