LIVE: Dhani Harrison and Friends Come Together at the Fonda to Celebrate George Harrison for Jameson’s “George Fest” (9/28/14)

A relaxed night heavy on surprise guest stars and tracks from “All Things Must Pass.”
Menu

LIVE: Dhani Harrison and Friends Come Together at the Fonda to Celebrate George Harrison for Jameson’s “George Fest” (9/28/14)

A relaxed night heavy on surprise guest stars and tracks from “All Things Must Pass.”

Before the night’s finale, as he profusely thanked everyone that put the celebration of his father’s music together, Dhani Harrison summed up the evening’s tone. “This isn’t the Concert for George. Everyone is just meant to have a good time!” The liveliness of the two-and-a-half-hour benefit was palpable from the performances by a revolving door of incredible musicians, each one taking on one of the Beatle’s unforgettable songs with the essential help from Jameson’s own Best Fest hosting group, The Cabin Down Below Band.

Fresh off his show’s “George Harrison Week,” Conan O’Brien opened the night with a Beatles B-side, “Old Brown Shoe.” “They put the comic on first, then the bar would be set so low that everyone else will sound amazing,” Conan joked, but his warning wasn’t needed because of the immense amount of talented individuals that were due to step out on stage and perform after him. 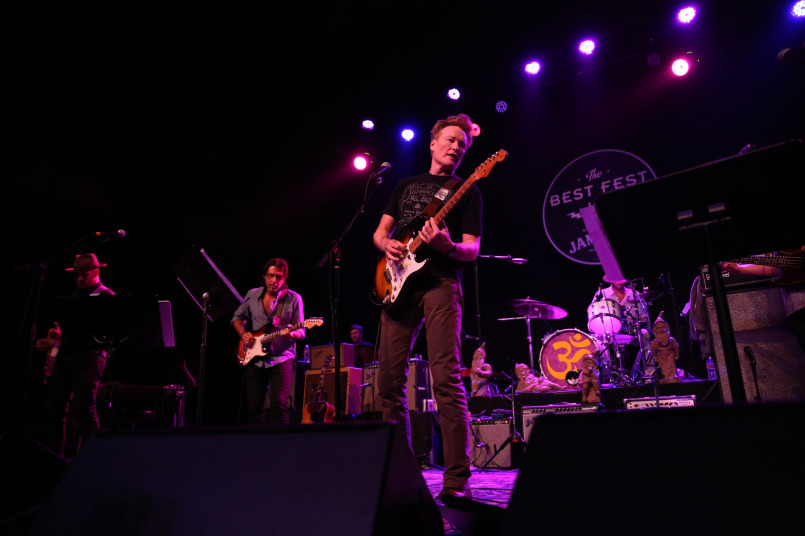 While the audience knew that some of the artists (all performing for free to ensure that all the ticket sales went to charity) would thrive—Britt Daniel, Norah Jones, and Ann Wilson—the real joy came from unexpected sources. Both The Strokes’ Nick Valensi and The Killers’ Brandon Flowers commanded the stage without their respective bands, while Weird Al’s faithful rendition of “What Is Life” floored everyone. 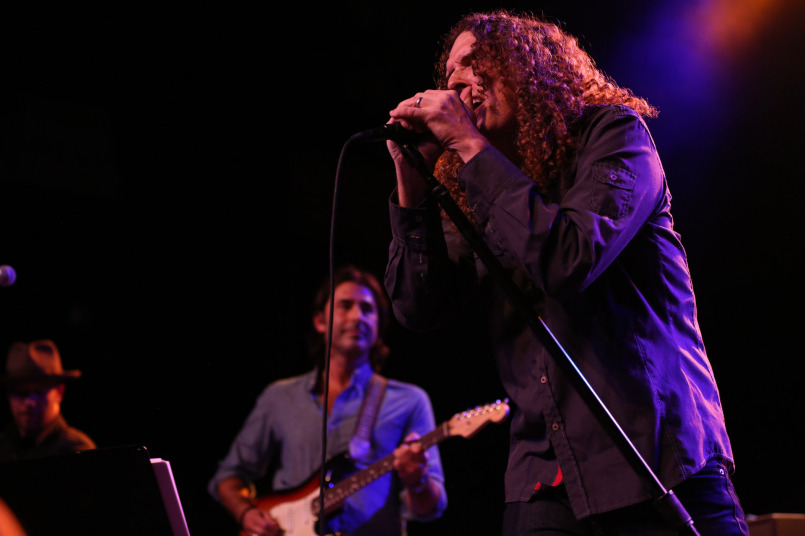 George Fest ended like most star-studded benefits, with a couple of jam-packed sing-a-longs. The crowd could feel Dhani’s easiness and gratitude. This wasn’t an evening that mourned the loss of one of the greatest musicians; it was a party to celebrate the gorgeous songs he created. This was never more apparent than watching Harrison and Jonathan Bates (Big Black Delta) sing “Ballad of Sir Frankie Crisp (Let It Roll),” where the two highlighted the minute details within the deep cut. Hearing the pair somberly sing the incredibly faint, almost secret chorus reminded everyone that no matter how well you know a song, there is always something new to appreciate, and something to learn from sharing it with others. FL