Jaye Bartell began his creative life as a poet. The Massachusetts native moved to Asheville, NC, in the early aughts to pursue his writing full time, and while there he started playing a few shows around town. After stints in the Pacific Northwest, Buffalo, and Asheville again, he found himself in Greenpoint, Brooklyn, with a small back catalog of gentle, lyrically driven folk songs backed by little accompaniment save for manipulated field recordings.

Now, Captured Tracks offshoot Sinderlyn is preparing to release Light Enough, his third full length and first since landing in New York. While his press material suggsts that the title is almost certainly a nod to Eileen Myles’ Chelsea Girls (“A war is storming and it is behind me and I am moving my forces into light”), it seems like it’s also a self-deprecating reference to his mobile lifestyle.

“Resettlement is an implicit theme in much of the writing,” Bartell says in a statement, “and the process of making the album itself was an act of resettlement, finding out where I lived as a means of coming to live there.”

We’re pleased to be premiering Light Enough’s lead single today. Like the rest of the album, “Tuesdays” came together in Bartell’s Greenpoint bedroom, making it both a psychogeographical and aesthetic cousin to Leonard Cohen’s Songs From a Room, whose sparse production the song calls to mind. “Everybody knows that every day is always the last day,” he sings as the chorus pirouettes out of the shadows.

Give “Tuesdays” a listen below, and check out Bartell’s run of dates with Kevin Morby below. 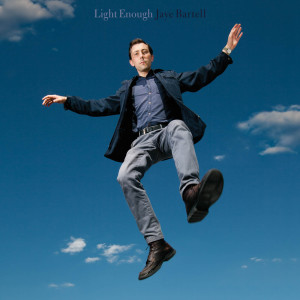 Light Enough is out April 29 on Sinderlyn.