Beyond the Great American Novel: On “The Underground Railroad”

Art & CultureReviews
Beyond the Great American Novel: On “The Underground Railroad”

Few of the supposedly great American novels seem very great, or even very American, upon a first reading. The Adventures of Huckleberry Finn arose as a sequel to Tom Sawyer—a children’s book starring a lazy ne’er-do-well—and still hits its highest peaks almost by accident, as though borne along by the same river that still divides our strangely divided nation. And Moby Dick remains famous for its poor reception—not entirely surprising given that it was a profoundly experimental work of fiction about an animal that few Americans then had ever seen, and that fewer now will ever see.

Colson Whitehead’s latest novel clearly intends to serve as both a rebuke and an homage to those earlier classics. Like Huckleberry Finn, it uses a single highway as its primary metaphor; and like Moby Dick, it insists that the beating heart of the American system is a thing that few of us really have the stomach for (echoes of Heart of Darkness there as well). But unlike those books, Whitehead’s takes negation as its prerogative. Where Ulysses ends with yes, The Underground Railroad begins with no.

“The first time Caesar approached Nora about running north, she said no.”

This is the novel’s opening line, and I read it in the same way I read the novel: differently now than I did at first, despite the fact that nothing has changed, except perhaps the reader. In brief, this is a novel about Cora, a slave, told through several generations, through multiple perspectives, and proceeding both forward and backward in time. It’s certainly not tidy, although it does have some stunning set pieces (including in particular a George Saunders–esque segment about Cora’s work as a live model in series of dioramas about the slave experience). The novel begins slowly, takes several jarring turns, and dives in and out of genres despite remaining rooted in an essentially realist mode, with Cora’s perilous flight always operating as its spine. It is, in other words, a lot of things, and several of the things that make it most noteworthy are hidden under several layers of earth. 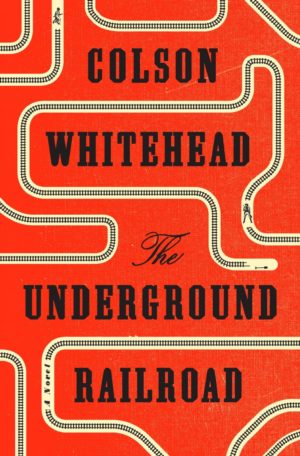 There has been a lot of fanfare around this book. It’s not unmerited. From first page to last, The Underground Railroad offers a vivid and devastating portrait of American slavery as it might have actually been experienced. And the central metaphor of the Underground Railroad (the very real subterranean railroad that serves as engine for both plot and theme) is one that proves as profound as it is pragmatic. The literal railroad adds an unusual, almost science-fictional element to a story that is always in danger of overwhelming readers with wave after wave of horrors (moral, existential, psychic, bodily, sexual, and relentless), but it is also never quite integrated into the story’s more natural tone of sober realism. The railroad always seems cartoonish, overstated, and crudely wrought. But of course so is the story of the Underground Railroad as it has been presented to us. It’s the story of American goodness glittering in the face of a world-historical evil. It’s not a lie, perhaps, but it’s certainly a fiction.

The Railroad—though made of steel, presumably—also becomes as pliable as the metaphorical waters of Twain and Melville. “Who built it?” A character asks upon his first encounter. Well: “Who builds anything in this country?” It is a railroad built on bones and running on blood; it flows like time, unpredictably; it is a promise and a liability; it is the hidden sea for an underground ship of state; it is a museum; it is a secret history; it is a facilitator of dreams and imagined experience; it is the novel itself.

The book also draws heavily, of course, from another, alternative kind of great American novel: the slave narrative. In Frederick Douglass’s account, he insists that his ability to escape shouldn’t distract from the fact that so many others remain in bondage. Whitehead makes a similar point via Cora’s grandmother, Ajarry, who is separated from her family as a result of a sale to Portuguese traders on the ship Vivilia. Four months later, the narrator tells us, “Plague had claimed all on board…. For the rest of her life [Ajarry] imagined her cousins worked for kind and generous masters up North, engaged in more forgiving trades than her own, weaving or spinning, nothing in the fields.” But the fact is, she does not know. There is little history here, and the little that there is has to be carried like contraband—sometimes metaphorical, but often literal. Slave narratives had to be undertaken the same way escape had to be pursued: underground.

It’s the story of American goodness glittering in the face of a world-historical evil. It’s not a lie, perhaps, but it’s certainly a fiction.

Whitehead lands this point most forcefully with a single, brief glimpse into the identity of the narrator. She (or he) appears as a letter, and only once, as “I.” The section of the book focusing on Caesar (the man who convinces Cora to escape) opens back where the book’s plot begins, with the birthday of another slave named Jockey—a celebration that occurs sporadically when occasion allows, rather than on a certain calendar date. As in previous sections, the narrator seems to possess a third-person omniscient point of view, speaking of how “Caesar and his companions” would fall into a panting collapse after a rare festival day. But then something strange happens. We read:

It’s possible that perhaps I’m missing something, that there are further clues to the identity of this narrator, in much the same way that the Underground Railroad operatives communicate encoded instructions in the runaway slave notices that precede each new section, but if so, I couldn’t find them. There aren’t many precedents for indeterminate first-person narrators in literature (Brothers Karamazov comes to mind, but I can’t immediately think of another), but this case is even more unique, in that here, the narrator only really appears to indicate that she is otherwise absent: absent of a past, absent of a future, with only this spark serving to notify us of his or her presence.

The overall tone of Whitehead’s book is sober to an almost extreme degree. This is a book that collapses a continent’s worth of injustices (the slave trade, eugenics, the Tuskegee experiments, relentless persecution, and even housing projects) onto a single track, but it never feels cheap or soap operatic. Even when the book veers into more epic or fantastic territory—when, for instance, we encounter a barn covered in locks, or shuttle with Cora back and forth between diorama scenes representing “Typical Day on the Plantation” and “Slave Ship to Darkest Africa”—there is always a deeper thought, or a nagging concern, behind the sparkling imaginings. There’s always more to think about.

One of the most interesting challenges facing the contemporary novelist or director is how to tell a good story without resorting to some form of exploitation. Even the best examples in this mode—Spielberg’s Schindler’s List, for example—ride a very uneasy line between a reckoning and an entertainment. (I don’t want to make out in it, but I do enjoy watching it, and even that seems like a crime.)

So what is an author supposed to do with a book that needs to entertain its audience while at the same time honoring the enslaved, the maimed, the raped, the dead?  I’m not sure, but I think Whitehead’s decision to use an unknown narrator to tell what will always be, in a sense, a secret history, provides us with the opportunity to reckon with the American past without a false sense of satisfaction, or the feeling that we have somehow completed that reckoning. The work of historians remains vital, of course, but this book shows how fiction too can play an important role in reminding us that the stories we tell are also the things that keep us in the dark. This is an industrious country, after all, so it’s reasonable to assume that we will forever be discovering new tunnels. FL