The Desolation Cure: Finding Beauty in the Ruins

Now seems like a good time to remind ourselves of the beautiful things that we have the power to create.
Menu

Now seems like a good time to remind ourselves of the beautiful things that we have the power to create.

FLOOD took a knee Wednesday in light of Tuesday’s result, and we also took a short moment to consider the responsibility that every media endeavor has in the light of what amounts to a national crisis. We will certainly have more to say on the Trump presidency in the days and years ahead, but as that post rightly pointed out, art is our primary focus here, and we will try to look at politics through that lens, rather than become something that we are not.

It’s naive perhaps to pretend that American art and popular culture have the power to correct the course of American political life, but it’s also impossible to think of a meaningful American public life without the vital forces of art and popular culture. By that same token, this list is not proposed as a cure to what ails us, but rather as a reminder that there is a life beyond politics, and that we need that life in order to survive. So no cute themes here, no clever wild cards; I am just going to list the eight most beautiful things I can think of. I’ll remind myself that beauty exist—and that we can make that happen too.

Terrence Malick has made more perfect movies, more cohesive movies, and more ambitious movies, but this will always remain, for me, his best. I’ve watched it and thought about it more than any other film, and even though it still makes me cringe once or twice at every viewing, I am never less than overwhelmed. The idea of a “poetic film” is similar to the idea of a “Hitchcockian film,” in that both descriptions are never well defined and both descriptions tend to be applied to bad films, but for Malick the term poetry is apt. He utilizes poems in his films, and he uses the tools of poetry—rhythm, rhyme, intense focus, and often intense emotion—in his editing to make every moment sing. No horror goes unwitnessed here, and no moment fails to stun.

I get that Blonde is the more mature and accomplished work, but I’m still not ready to move past Frank Ocean’s first album. He didn’t come out of nowhere by any means, but it’s still astonishing to me to think how unique his sound already was, and how despite that freshness and strangeness the album as a whole is still utterly intuitive and uniformly great. Kanye West also has his share of perfect (if problematic) albums, but Kanye sounds, by comparison, familiar. In that way Ocean’s closest analog is closer to someone like David Bowie: unexpected, inspired, precise, and often close to perfect.

I know that dramatizations of gospel stories are not all the rage right now, but even so this thing is jam-packed with utterly devastating hits. “Mache Dich, mein Herze, Rein,” for instance. (One among many.) Try it. And then tell me I’m wrong. Bach makes me think that maybe I could have been a true true believer in 18th-century Leipzig. But I dunno. I probably would’ve just died young.

In some ways, I almost wish Transparent had never gone beyond its pilot. Not because its subsequent episodes and seasons haven’t been of the absolute highest quality—they certainly have—but because in the time that I spent with this one episode I held each of the characters so dear that I was loath to imagine that they could exist independently. I felt, I suppose, paternal toward them. But the show exists, in part, to assert its independence from everything we want it and its characters to be. The Pfeffermans are our children, and they will not behave—not even the adults. The pilot is still something I return to, though; not because that episode holds the characters static, but because that episode, like the very best art, shows us entire universes when it shows us different people. It shows us life, but more vividly. And it includes “Operator” on the soundtrack as well.

In the interview above, Nina Simone refers to this song as “ugly.” And she remarks on the horror of the metaphor itself. She’s certainly right. But I think it’s also clearly the case that the reason she says so is because that point is not as obvious as it should be, because the haunting beauty of the song itself threatens to overcome that fact. This song was not an act of sublimation though. It was, is, and will remain a lament for the horrific, brutal, and criminal yield of racism in America. 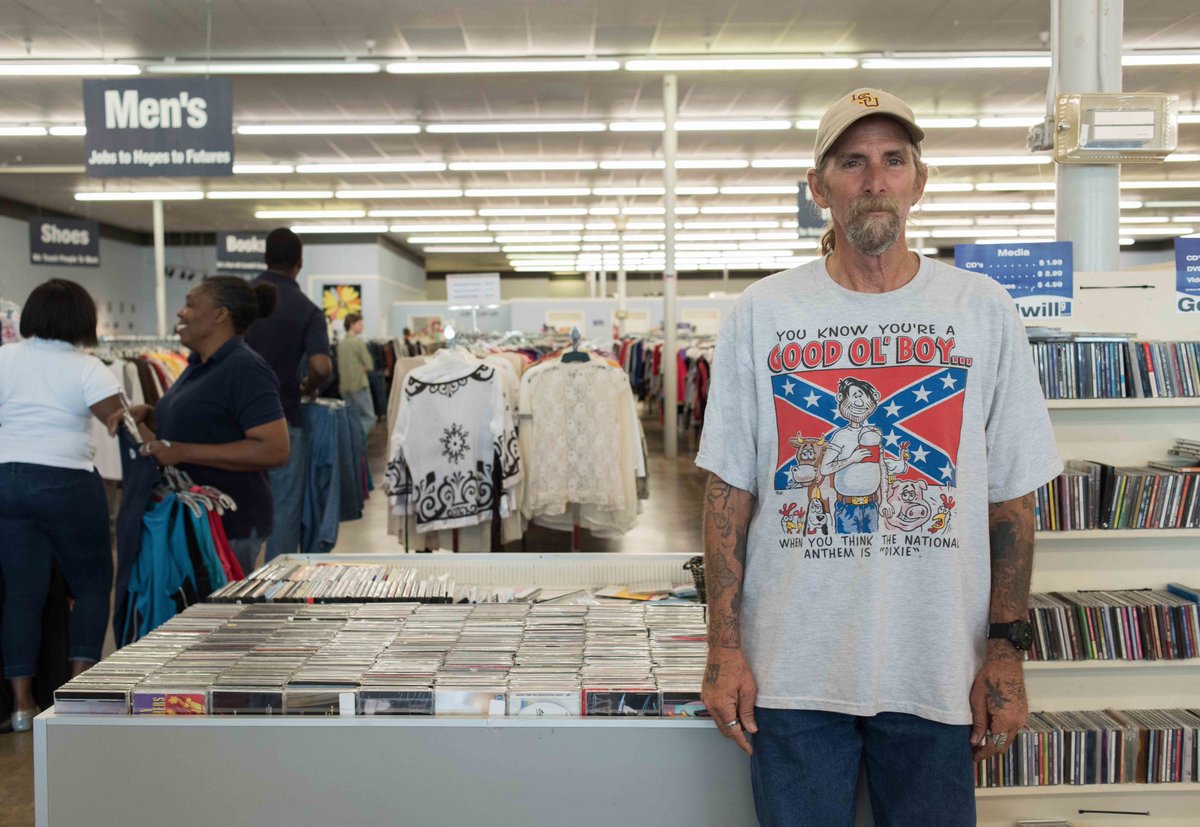 The photojournalism of Chris Arnade

Chris Arnade is one of the very few reporters who covered this past election without covering himself in filth as a result. He reported on what is often referred to as “Trump country” and, although he clearly feared and resisted a Trump victory, he also attempted to understand the rationale(s) of Trump’s supporters and their milieu before reporting on them. As a result, his photographs, like his words, offer actual insight. He may have been wrong about the outcome of the election, like so many others were, but he was right about the motives of Trump’s voters. They were more complex than they were simple; and in the face of real despair they made a choice that less despairing people are having a hard time dealing with.

The poetry of Wallace Stevens

This is not political poetry. But it’s the kind I can’t shake, the kind that drags me away from myself. When Bill Murray’s not reading, I tend to like “Sunday Morning” best. Here’s  a sampling:

What does it mean? I mean, I suppose I could guess, but it’s the wide waters without sound that I care about. That’s where I’m going. 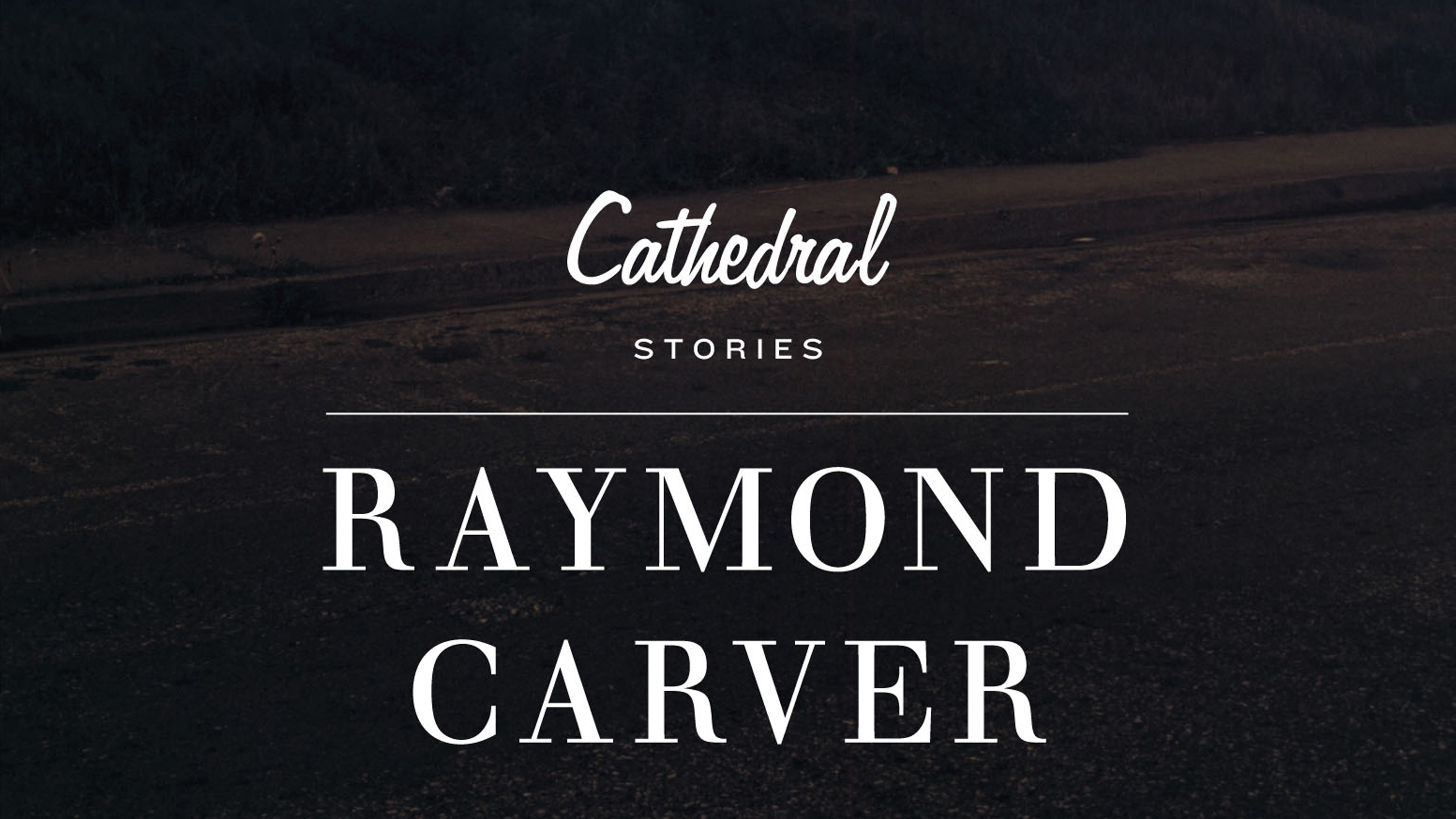 Raymond Carver wrote about the kinds of people who in all probability would have voted for Trump in this past election, but “Cathedral” is a great example of how he was able to show that even in the midst of pettiness there is the possibility for grandeur; how transcendence can arrive on a Tuesday night, by accident; how grace comes quietly, and then leaves unceremoniously. We have only ourselves, and each other.

Some of the stories that we read in school are stories best left at school, but this is not one of them. And not to be too moral or anything, but it implies something that I think is true: there is baby in that bathwater, America. And we shouldn’t forget that.