The “Unqualified for the Job” Cure

Now’s probably a good time to celebrate some people who are actually experts in their chosen professions.
Menu

Film + TVStaff Picks
The “Unqualified for the Job” Cure

Now’s probably a good time to celebrate some people who are actually experts in their chosen professions.

It’s been a pretty crazy week, what with all the shady dossiers and the late-night Congressional votes and the Trump press conferences/syntactical meltdowns and all—but holy smokes, the craziest of all these crazy things has to be the number of people that are now in confirmation hearings for jobs that they are profoundly unsuited for. Interviewing a retired surgeon for head of Housing and Urban Development, for instance, is like, uh, well, perhaps no analogy is necessary there, as that would seem to be of use in cases where people need to locate the archetypal example of a person applying for a job that they are utterly unsuited for. So, in response, let’s take solace in expertise, in spending time with people who know their jobs well, who do their jobs well, and who really love doing what they do. Let’s celebrate some professional-ass professionals.

His vocation: Just destroying the people who have taken his daughter; also, saving his taken’d daughter.

Taken is a very great, very stupid movie. That is not a question. The only question is: what’s better: Liam Neeson as action hero or Liam Neesons the Key & Peele bit? If I ever have to choose, I just hope that Liam Neeson will be there to kill me with extreme prejudice.

His vocation: Master-and-commandering the HMS Surprise.

I’m reading Patrick O’Brian‘s novels right now and I don’t care if that makes me the equivalent of a pasty old beach-reading bore, because this shit is good. It has more vocab words than Finnegan’s Wake, and although I could not care less what the difference is between a mizzen topgallant and a spanker, I do care very much about the fate of the HMS Surprise and its residents, most especially the ship’s captain and its surgeon. Peter Weir‘s movie adaptation of the series’s opening volume does a fantastic job of conveying the terror and the beauty of a warship at sea in the nineteenth century, and he also expertly translates the books’ primary pleasure: that of watching Jack Aubrey execute a daring maneuver at sea.

Babe in Babe and Babe: Pig in the City

Children’s literature and children’s movies are overflowing with metaphors about human and animal nature. That’s understandable, of course, because animals abound in kids’ entertainment (because kids love animals), and also because it’s just a good metaphor—because what are human beings if not animals that sought to overcome their own animal natures (no offense to animals!). Babe and its sequel contain, for my money, the very best expression of this metaphor in the form of a pig, née Babe, who has an unusual capacity for herding sheep, which is traditionally the work of a dog. The movies are as simple as Babe’s goodness, and as profound, and if you don’t like them then you either have no heart or are the president of the United States of America. May God have pity on your soul either way.

Mark Watney (and literally every other character) in The Martian

His vocation: cracking wise and staying alive in outer space.

“Competence porn” is a term which came to prominence with the release of this film and fell out of use almost immediately after people stopped talking about Matt Damon‘s performance. And although it’s somewhat apt (because yes, the chief pleasure here is watching Mark Watney and his colleagues expertly execute inspired ideas) it’s also utterly bogus, because it’s intended as a mark of denigration (we don’t tend to call the things that we admire “pornographic”), and this is not a movie that deserves such crude dismissals. It may not be high art, but you’d be hard pressed to find a better, more modern Robinson Crusoe than Watney. (And you’ll just have to forgive him his endless disco wisecracks, although if that bothers you, then you should definitely stick to the movie, because the book ups the chatter quotient considerably.)

Jack Handey is not fictional, but it’s also kind of hard to believe that he’s real, because he is a straight-up comedy gee oh dee. The SNL videos are fine, but those jokes really need to be read. So go and read them. That’s all I have to say about that.

Although, if I did have to say something else, I would maybe say that when I used to do cleaning work for an old professor of mine, I would hide in his bathroom and read the Deep Thoughts volumes that were collected there, and I did not do a good job of concealing my laughter. Which in retrospect makes me somewhat ashamed. (Sorry about that, John. But you had great taste in shit-lit.)

The Dude in The Big Lebowski

We have no end of paeans to bad men at the moment, but the vices on display on your typical HBO/AMC/Netflix show are always the same old vices: sex, drugs, and stolen souls. The Big Lebowski is that rare artwork that takes the time to consider, and even praise, a more run-0f-the-mill vice: The Dude is one lazy-ass motherfucker. His laziness is his raison d’être, and the Coen Brothers treat that raison with the respect it deserves. Because we’re all undone, at certain times, by our vices, and few of those vices are the stuff of prestige dramas. The Coens take laziness seriously by making fun of it, and the result is one of the most profound and prescient movies of the past several decades. Here’s to more movies about our more unassuming vices.

Her vocation: Taking her job seriously.

Kathryn Bigelow has earned a reputation as a director of “men’s films,” but Zero Dark Thirty shows that what Bigelow is really interested in isn’t  gender so much as it is the question of what it takes to do “the dirty work.” In The Hurt Locker, the work at hand is defusing live bombs in Iraq; in Zero Dark Thirty, it’s finding and killing America’s public enemy #1: Osama Bin-Laden.

Jessica Chastain plays the CIA operative behind the mission, and she does an incredible job of becoming the character in the same way that her character (Maya) becomes her job. We sympathize with Maya because that kind of devotion seems necessary—it seems like the only way she can do the job at all. But devotion in itself doesn’t justify decisions, and the pressure to do the right thing but also get the job done applies a tremendous kind of spiritual pressure to the movie (its physical pressure, of course, doesn’t need any help). Every second is nerve-racking. Not every decision is the right one, and not all decisions are justified (or justifiable), but every decision needs to be made, and Maya has to make them. That’s her expertise. Making decisions and then living with them. That second part is what makes this revenge story seem, for the most part, actually moral. 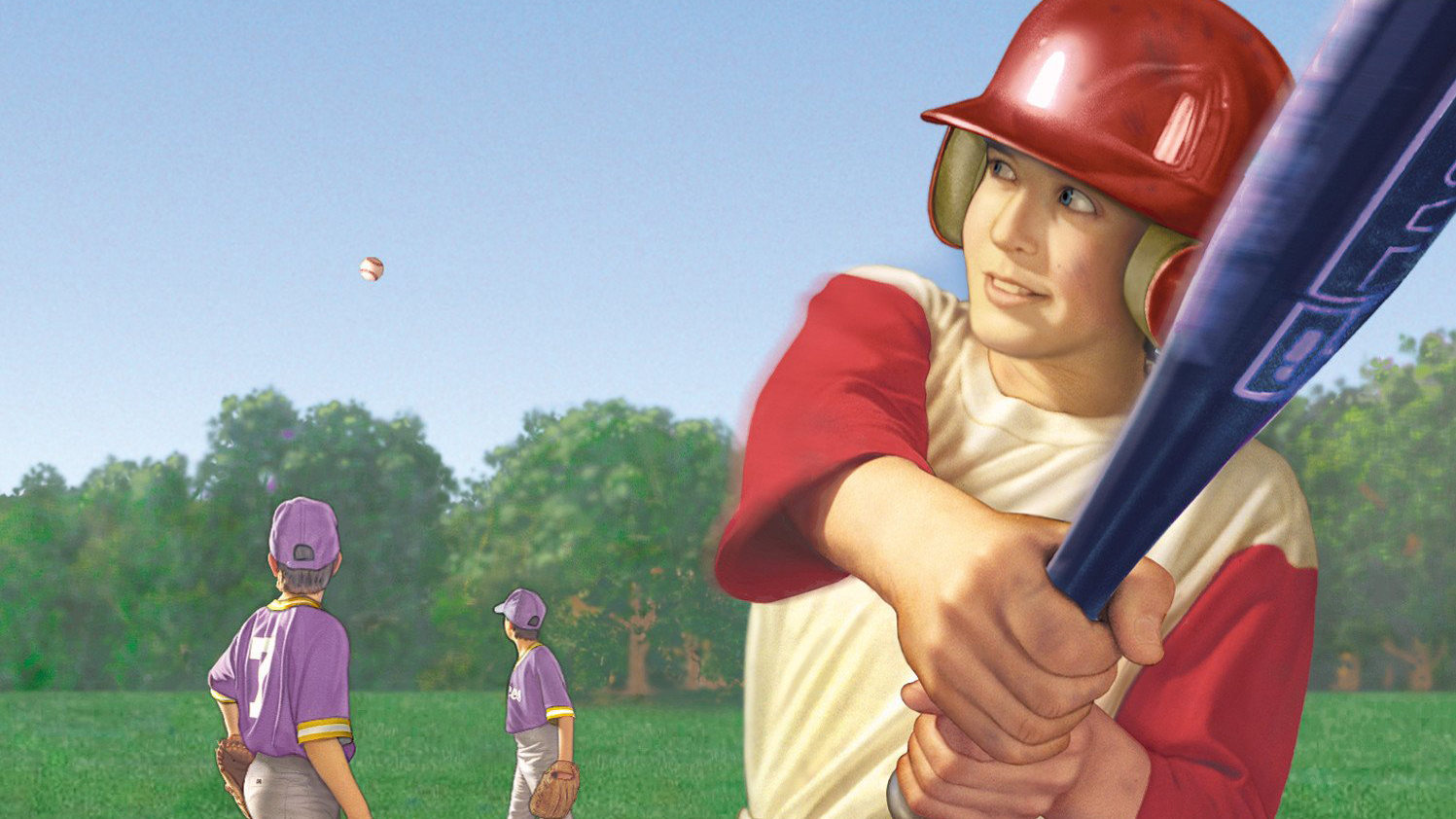 Young adult fiction of the 1980s sure was something. This book ain’t Shakespeare, but Shakespeare also never hit a homer, and yet this young man, this kid, hit ONLY HOMERS. And this is a book about him. His job was to bat and to bat well, and he only hit homers, and if that’s not expertise then I don’t know what is. Also Matt Christopher was a genius and also Matt Christopher sounds like the most fitting possible name for a boy who would only want to read Matt Christopher books.

People make mistakes, and sometimes those mistakes are big ones. Revanche reckons with that hard truth and yet remains unbelievably compelling. Unbelievable because its core message, along with its one major plot twist, are hard things to confront. And although “entertaining” seems like the wrong word to use here, I don’t know what else to call a movie that is this hard to stop watching. Maybe it’s better to just say that it’s great, and that Alex is a hero for anyone who has ever had to live with regrets (i.e., everyone).

If Alex can make things right, maybe we can too.