Prescriptions for coping with your very rational fears.
Menu

Prescriptions for coping with your very rational fears.

I know that it’s 2017 now and everything, and that time marches on, but even so, I just want to say again: Fuck all of 2016 and all its bitter fruits. Fuck it sideways. Fuck it backwards and forwards. Fuck it upside down. Fuck it on special occasions and fuck it as a matter of course. Take fucking it for fucking granted, and then fuck it again like it was the first time. Fuck it completely.

But since fucking it can’t give us Prince or Bowie or American civic norms back again, it’s probably time for us to begin finding a way to deal with the year that 2016 begot. I’m talking about 2017, of course. And 2018 after that. And then 2019. And then just all of the years that follow, in which we will have to pay, metaphorically and literally, for the presumably numerous unintended consequences of this new administration. Which is to say: Holy hell, this thing is really happening. What I’d propose, then, on this very inauspicious inauguration day, is that we try and take some pleasure in the things that push back against the very darkest strains of our current socio-political climate. So pick your poison and then find your cure.

See you in the dystopian future!

A lot of people have pointed out how prescient Children of Men now appears, and although that’s true, another true thing is that Alfonso Cuarón really knows how to shoot a scene. And by “a scene” I mean this particular scene and also this particular scene, which are two of the very best of the decade, and key parts of one of the best movies of the 2000s. So if you want to do some research about things to look out for in a political apocalypse, but also don’t want to just hate yourself and the world around you, try this most artful apocalypse.

If you think: reality is too much of a burden.

Try: listening to Hello from the Magic Tavern.

Hello From the Magic Tavern is brought to you by improv comedians, it takes place in a fantastical land, and it is fictional and it’s a podcast, but it is not the narcissistic and odious thing that you are probably imagining; in fact, it might very well be the very best thing for inauguration day, because it offers an intense and utterly absorbing escape from reality in tidy, twenty-minute segments. Arnie, the narrator, is the newest resident of Foon (after falling through an inter-dimensional wormhole), and he now hosts a weekly podcast using the wifi from a proximate (if alt-dimensional) Burger King. Around his round table are gathered a shape-shifting badger, a bombastic magician, and rotating guests including rival magicians, drunken potted plants, and the larger world of Foon. So if you need to get away, you could do a lot worse than Foon.

If you’re having: a crisis of faith in journalism.

Try: listening to In the Dark.

If you’re sick and tired of the media as a whole being played for a sucker by the world’s biggest sucker, most insecure man, and most great American president (also biggest words), take a second to recover from reflexively smacking yourself in the head, and second, remind yourself that “the media” contains multitudes, and consider for instance the incredible investigative work that’s being done in podcast form by shows like Undisclosed and In the Dark. In the Dark didn’t have the “Hurricane” effect, since the guilty party was arrested mere days before the show aired, but it still offers a stunning indictment of something that really no one else is talking about: Namely, America’s elected sheriffs. So while CNN and FOX may both be dragging us down into the abyss (each in their own way), it’s important to remember that enterprising journalists still have the power to bring new issues to light. 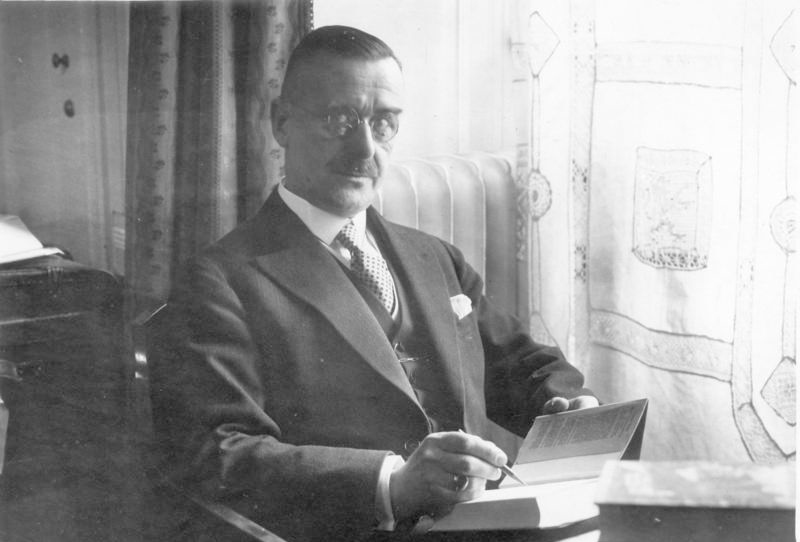 If you’re beginning to think that: America is too American.

Try: Reading Joseph and His Brothers

No knock against Twain or Melville or Ellison, but it’s very possible that the Great American novel—the great novel about America, I mean, and not just housed here—was written by a German refugee. Joseph and His Brothers is a humongous, four-volume, thousand-page work that takes as its inspiration just a few meager pages of biblical text; but the metaphor at the novel’s heart is (I’d argue) more acutely “American” than the Mississippi River, the Pacific Ocean, or the underground beneath Ellison’s New York. Thomas Mann’s central metaphor is the person of Joseph, the perpetual refugee, the self-reliant man who knows no home until he finds it, among his true (if unfaithful) brothers, in a strange new land.

I’d also argue that this is the greatest book that basically no one reads anymore. And now is a very good time to pick up a very long, very good book.

If you think: all the best people just died.

Good people are still out there (just not in high attendance at the inauguration today). Not all art is cynical. And not every popular and successful thing is a con. Great artists aren’t necessarily great people, but it’s still rewarding to find great contemporary art that is also moral, also good.

If you’re acutely aware of: the pernicious influence of social media.

Other, related options: buying the “Cell Lock-Up” pictured above (if a fan of novelty items); tying yourself to the mast (if at sea) and tying your phone to another, different mast (because otherwise you’d just be playing Mario Jump while tied to a mast); playing Edward Fortyhands with yourself for an extended period of time (if at college, and if possessed of a strong bladder); or just throwing your phone off a cliff (if wealthy and cliffside).

If you feel like: the voice of the people is being silenced.

Lindy West has a loud voice, as the title suggests, and it’s a wonderful tonic for a day like today. Trump has a big platform, but nothing of substance to say. (A coherent sentence is challenge enough.) West, however, can be substantial on the merest provocation, and when she really finds her voice, well, watch out. America needs some brave people now, and she’s one of the bravest people in print.

If you think: rich people are necessarily smart or that all success is earned.

(1) Smart people are people who make smart and informed decisions.

(2) Success is about outcomes. If outcomes are good, then sure, use the word success. But if you’re inclined to call Jack the Ripper a successful murderer, then something is wrong with your definition of success. And it probably has something to do with that word “good.”

(That’s just another way of me saying “Oof.”)