Hundred Waters and Moses Sumney’s fourth-annual gathering reimagines what a music festival can be.
Menu

Hundred Waters and Moses Sumney’s fourth-annual gathering reimagines what a music festival can be.

As in your daily life, you don’t have to do anything at FORM. The three-day festival curated by Hundred Waters and Moses Sumney and staged at Arcosanti, an experimental town in the high desert an hour north of Phoenix, launched four years ago with a radical model: Attendance was free, and everyone who wanted to go had to fill out an application. While the 2017 edition is the first to charge for admission, the application—which asks for links to any online portfolios and an answer to the question “What inspires you?”—is still very much a part of the process. From a distance, the notion of having to apply for the right to drop $400 for three days of sandy sleeping bags and campfire DJs hoping Skrillex wanders through the tent city seems understandably absurd, and the idea that you’d have to cut a certain socio-political profile—the one in your head is the one—compounds the vaguely horrifying idea that FORM might be your Twitter timeline come to life, albeit with an excellent soundtrack.

But FORM isn’t some shrill idea factory, nor is it a psychedelic retreat into the gasoline sheen of desert heat. There is little in the way of sloganeering. Nobody is there to confront you with the soul-cleansing power of doing yoga on the roof of the Arcosanti complex, the ragged red jut of a canyon face ripping through the blue distance; even on the final night, when Jeff Stein, President of the Cosanti Foundation, introduces Hundred Waters with a preacherly insistence that “We’re not getting ready for heaven…This is our time, not some far-off future,” his joyous exhortation feels more charmed than radical. 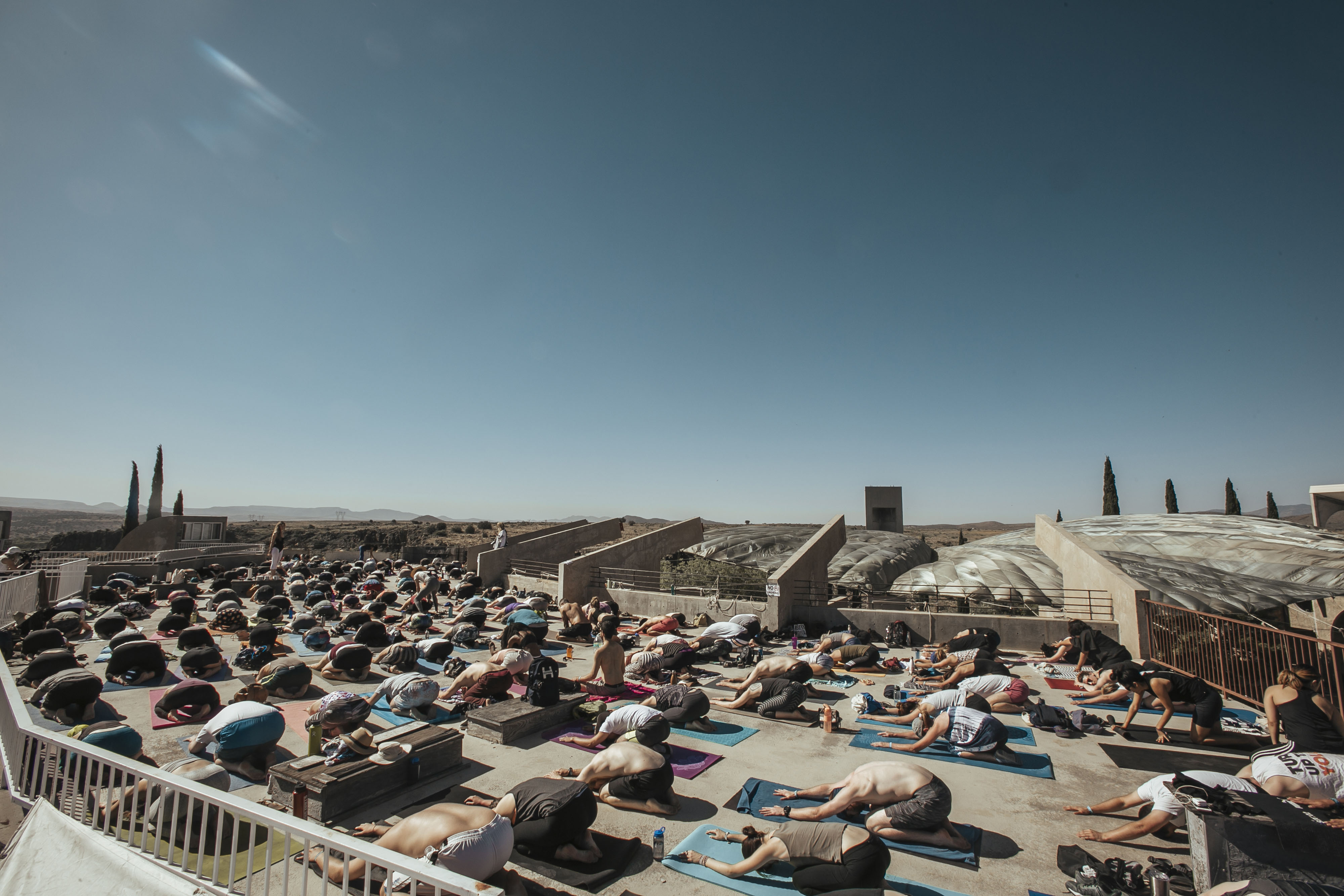 This is getting ahead of things. FORM is, before anything else, a music festival, and an expertly arranged one at that. The festival’s attendance is capped at 1500, which seems to be almost precisely the number of people who can walk around the grounds at Arcosanti without getting in one another’s way. Framed by Paolo Soleri’s witchy architecture, every set, from Solange’s headlining run through A Seat at the Table on the opening night to KING‘s Saturday evening victory lap, feels as though it’s being made manifest more than it is being staged. It is entrancing to see Mount Eerie’s Phil Elverum lament the passing of his wife Geneviève under the cathedralesque half-dome of the Apse while a heavy breeze sighs through the trees, ringing the bronze bells made in the on-site foundry.

It’s something else altogether when Omar Souleyman’s slow-boiling set on the same stage a couple of hours later finally spills over into an ecstatic dance party; though it goes without saying in the moment, surrendering to the complex thump of the Syrian wedding singer’s beats feels like an act of defiant joy. Even Deafheaven’s vicious roar feels recast here, not stripped of its bite or softened, but tilted slightly so that the aching core at its center is more readily exposed; it’s reframed as big-hearted music, that beautiful howl seeming to emanate from the same vulnerable and inarticulable place as Mitski’s acoustic howls, and it manages to click for the same audience that only hours earlier had broken into high-stepping white-boy noodle dances during Vieux Farka Touré’s own joyous set. 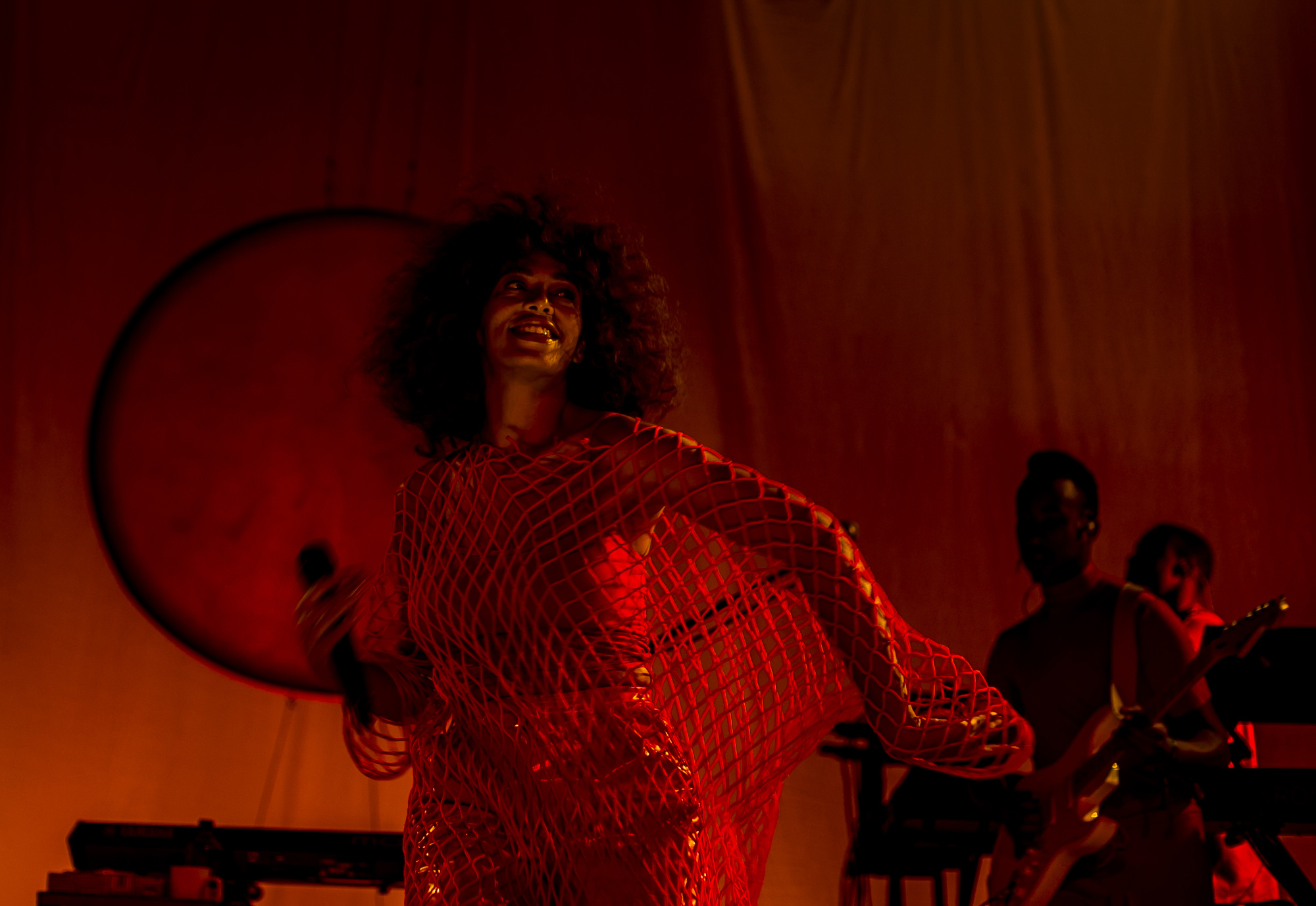 In fact, FORM can at times be a very normal music festival—moreso even than Pickathon or Pitchfork Fest, two other smaller-scale festivals that might be considered its spiritual cousins. If you want to take a pill and wander into the canyon to find yourself surrounded by pulsing lights and embraced by sound waves, you are welcome to do so. You can dance and drink until the sun rises and without it meaning anything at all. You are free.

But what makes FORM unique among festivals big and small is the subtle ways in which it both encourages such freedom and quietly refutes it. It is a coup of communication that promotes engagement without demanding it. There are two stages—a large-ish one in the space’s amphitheater, and a much smaller one nestled into a nearby grotto. What little overlap exists between acts on the two stages isn’t noted in the schedule, which only lists each artist’s start time—a move that, somewhat counterintuitively, actually makes it easier to stay focused on the act in front of you. Attendees are encouraged via the festival’s welcome packet to keep their phones holstered, though nobody scolds those who still choose to ’gram their way through the weekend. It is a libertarian’s utopia: There are no rules, and yet order still reigns. 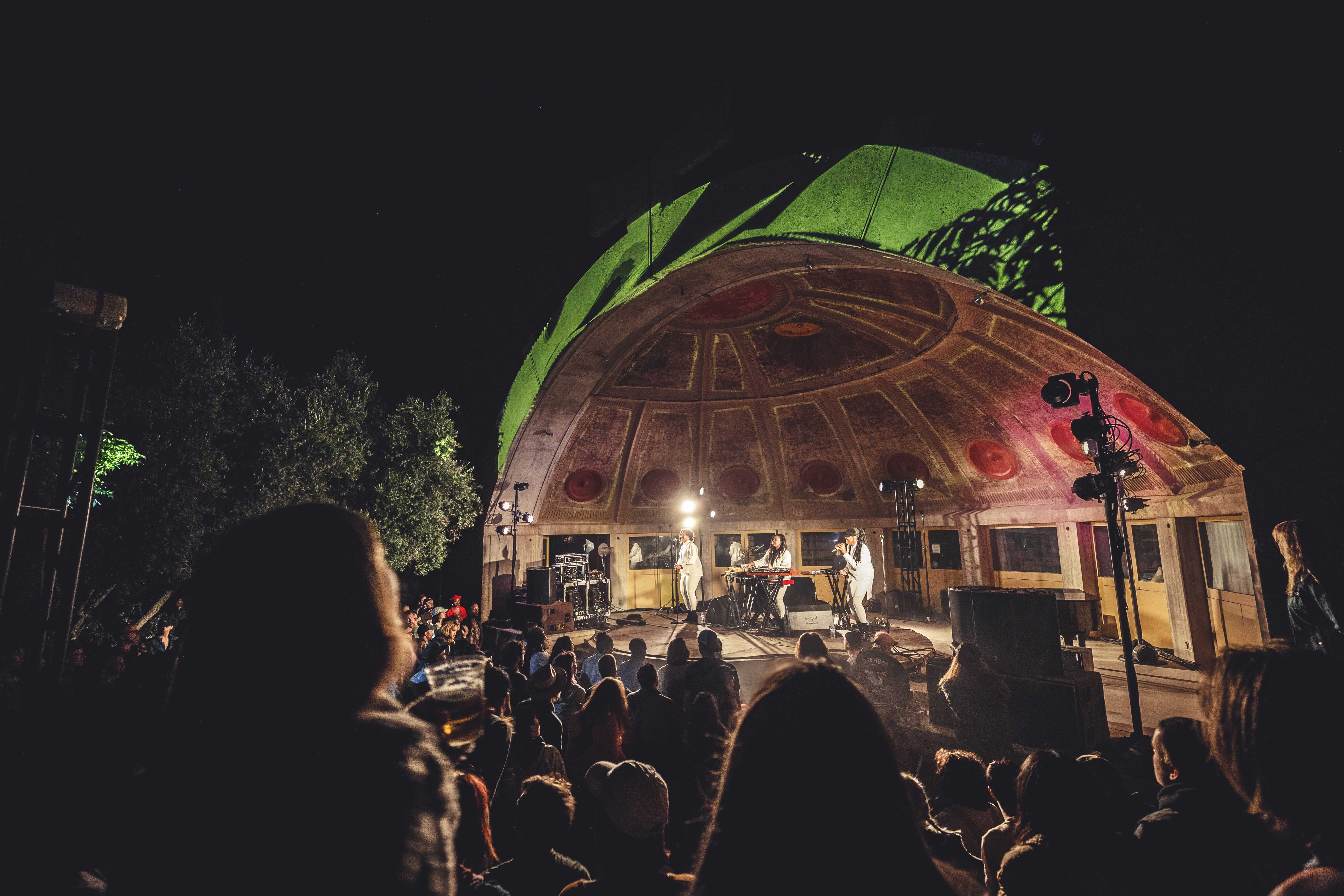 But that order is owing to the genius of the festival’s presentation. The day’s events—from sunrise ambient sets and morning meditation to sporadic film screenings and on through the night’s headliners and overnight shows—are simply listed one after the other in the schedule; there is always one thing to do, which makes a Saturday afternoon panel discussion on the immigrant experience in pop music feel less like a tacked-on show of good politics and more like an integral part of the festival experience. In turn, Kelela, Sumney, and Angel Deradoorian respond to Viceland’s Ayesha A. Siddiqi’s questions with a level of candor that seems like it would only be possible in such circumstances—or, more possible here than at Bonnaroo, say.

That, ultimately, might be the best apologetic for FORM—and for its selectivity. Though the phrase has been co-opted by the right to the point of meaninglessness, the festival does represent a kind of safe space that promotes empathy and understanding in a way that feels exceedingly precious and worth protecting. In a world becoming more cynical by the minute, an unabashedly earnest concept like FORM might be a necessary respite. FL