“The Joshua Tree” is a record so universal, so full of modern pop hymns, that people probably wouldn’t have minded it showing up automatically on their iPhones.
Menu

“The Joshua Tree” is a record so universal, so full of modern pop hymns, that people probably wouldn’t have minded it showing up automatically on their iPhones. 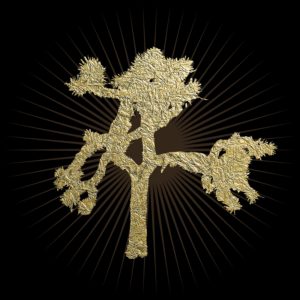 With the release of The Joshua Tree, U2 fell into the arms of America.

Fueled by Buzzcocks records and Bible studies, the Dublin quartet began its career with big ideas in mind: youth, war, and spiritual struggle. But in 1987, they decided they needed to make a statement, with a soundscape wide enough to match their ambitions and passions.

Like The Unforgettable Fire before it, the band’s new record was about America. Before the band settled on the name The Joshua Tree, the album was called The Two Americas,  a reference to the distance between the mythic and actual place. In that space, Bono, The Edge, Larry Mullen, Jr., and Adam Clayton would carve out room to address the topics swirling around them as they became the biggest band in the world: religious and physical longing, the loss of friends, the human cost of war, and the emotional weight of fidelity. It’s the kind of record earnest young punks might make after hanging out with Bob Dylan, Keith Richards, and Van Morrison, only these earnest young punks actually succeeded in making one of the greatest rock albums of all time.

The band’s obsession with the United States went deeper than its political and social conflicts. Working with producers Brian Eno and Daniel Lanois, they integrated country, blues, gospel, and early rock and roll into their strident framework, creating a sound that feels a thousand miles removed from the new wave and synth pop of their contemporaries. It isn’t that any of the other would-be U2s—from Echo & the Bunnymen to The Alarm to The Church to Big Country—couldn’t have sung the line “I want to tear down the walls that hold me inside” over chiming guitars; it’s that none of them could do it with this particular blend of earnestness and zeal. The Joshua Tree is the sound of a band trying to mean something to everyone.

Listening to the the deluxe thirtieth anniversary edition of the album, remastered and loaded with remixes, live performances, B-sides, and rarities, it’s remarkable that the primary draw here remain the songs you’ve heard approximately six billion times. Opener “Where the Streets Have No Name” directly articulates the power of spiritual renewal and “I Still Haven’t Found What I’m Looking For” does the same for lingering doubts. And even if it birthed a thousand self-important ballads (many recorded by U2), “With or Without You” acutely illustrates the pain of romantic confusion, especially just past the three-minute mark, when Bono abandons words in favor of a soaring groan and The Edge’s “infinite guitar” intercedes on his emotional behalf.

Only slightly less heralded, the second side of the record features some of U2’s most resonant moments, like the stutter step of the rhythm section in “Red Hill Mining Town,” the rollicking “Trip Through Your Wires,” or when The Edge and Clayton ever so briefly conjure up the desert surf of Duane Eddy on the bridge of “In God’s Country.”

As the record closes, the band hews closer to its post-punk roots with “Exit”—a nasty murder jam inspired by Norman Mailer, Flannery O’Connor, and Raymond Carver that finds Bono raving like Patti Smith—and “Mothers of the Disappeared,” inspired by Bono’s humanitarian trips to Nicaragua and El Salvador. It serves as the tender flipside to the rage of “Bullet the Blue Sky,” a soft, persistent demand to recognize the humanity of those lost in political shuffles.

It’s tempting to imagine how B-sides like the charging “Spanish Eyes,” buoyant “Sweetest Thing,” or the Allen Ginsberg cut-up “Drunk Chicken/America” could have factored into the sequencing, but it ultimately feels foolish to tinker too much. As fun as Daniel Lanois’s pedal steel–soaked remix of “Running to Stand Still” and Steve Lillywhite’s jaunty mix of “Red Hill Mining Town” are to hear, the new mixes don’t improve on the original takes. The thirtieth anniversary edition doesn’t provide much more context than the twentieth anniversary edition did in 2007; The Joshua Tree remains resolute in its construction.

Perhaps a more exciting archival dig would have been a twentieth anniversary edition of Pop, U2’s maligned but occasionally brilliant 1997 album, which marked the culmination of an era that found U2 fleeing from the self-importance of The Joshua Tree. But it’s difficult to begrudge the band this victory lap. The Joshua Tree is a record so universal, so full of modern pop hymns, that people probably wouldn’t have minded it showing up automatically on their iPhones. It’s the sound of a band trying, and succeeding, to throw its arms around the world.