All the Ugly Sunglasses in “Mission: Impossible 2,” Ranked

*flips hair out of eyes while rock-climbing*
Menu

*flips hair out of eyes while rock-climbing*

The thing about M:I-2, though, is that Cruise’s distractingly well-maintained ’do is basically the only thing the movie really has going for it. John Woo really did kind of butcher this one, his signature slow-mo action sequences feeling corny and out of place in the fast-paced world of Ethan Hunt, and Robert Towne’s script has to feature one of the laziest plots in the history of spy movies: evil spy goes rogue; evil spy steals super-virus from a lab with really bad security; evil spy has to be stopped by good spy. (Towne, who wrote fucking Chinatown for god’s sake, basically retired after this.) I know there’s more to a spy movie than its bare plot, but, in the words of Wayne Campbell, I think we can do a little better than this. (And if I’m being really mean, I could even make the argument that the movie doesn’t deserve credit for the luscious locks of its star, either: M:I-2 came out straight after Magnolia, weirdly enough, where the mid-level Cruise mane was born.)

All this brings me to what is without a doubt the worst (and therefore best) part of the movie: the sunglasses. Sure, fashion was not at its strongest in 2000, but there’s an infatuation with eyewear in M:I-2 that would feel weird in any era, and these shades are just particularly bad, like they were all chosen at once by a Bloomingdale’s salesman who really loved Ace Ventura. Maybe I’m just projecting my own insecurities about how my choice in sunglasses will look twenty years from now (haha I definitely have a better sense of fashion than Tom Cruise right haha), but for now, let’s laugh in their stupid turn-of-the-century faces. 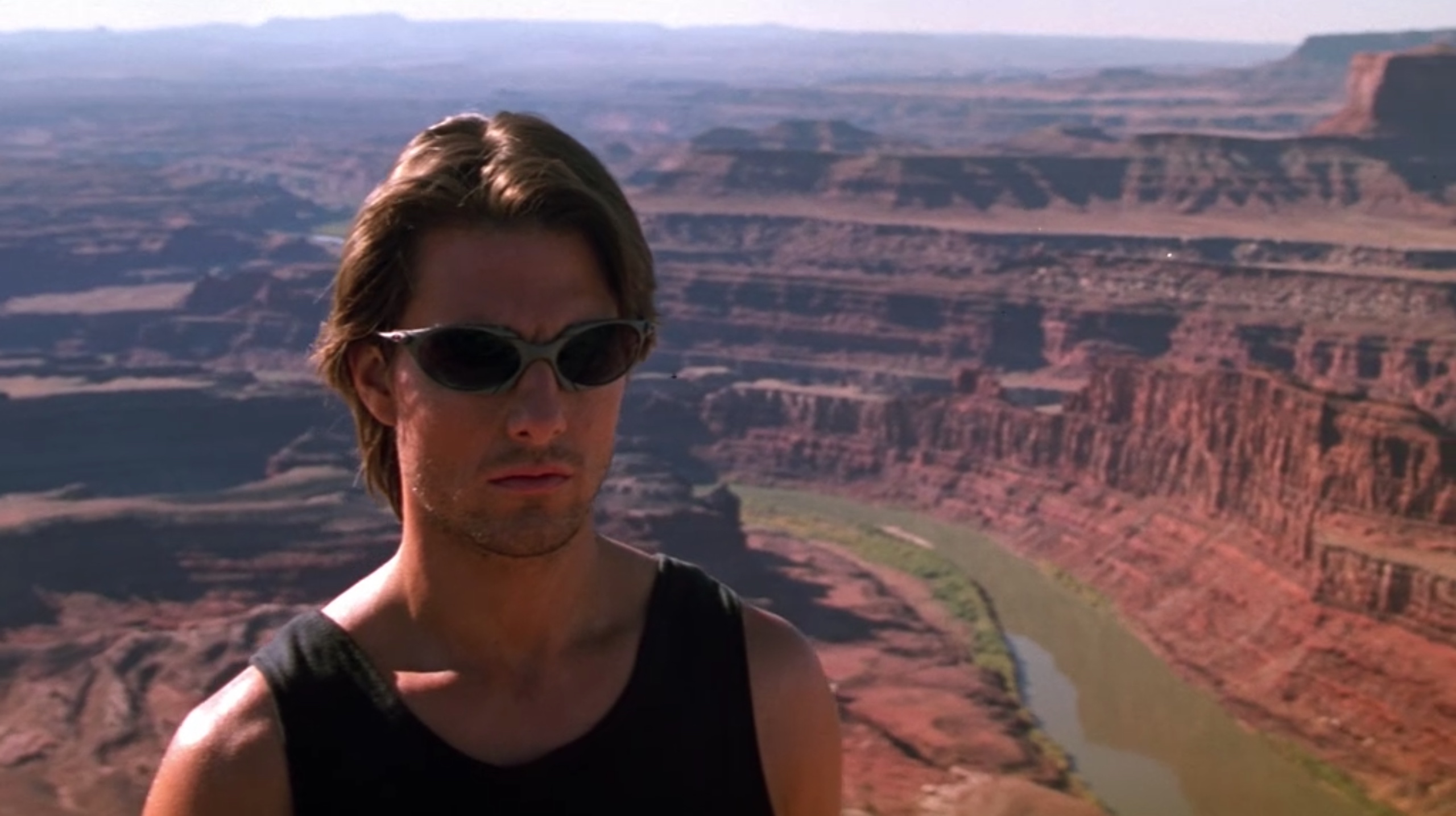 9. Ethan Hunt’s “These Could Blow Up at Any Time” Glasses

I guess on a scale of one to suck, these, believe it or not, suck the least, because they do happen to serve some purpose (these are the glasses that Ethan receives his mission instructions on, since government agencies clearly just love to throw money at mission-delivery methods that are super gimmicky). And it’s not like you can really expect that IMF tech responsible for adding a tiny explosive device into the glasses to simultaneously be Marc Jacobs or some shit. 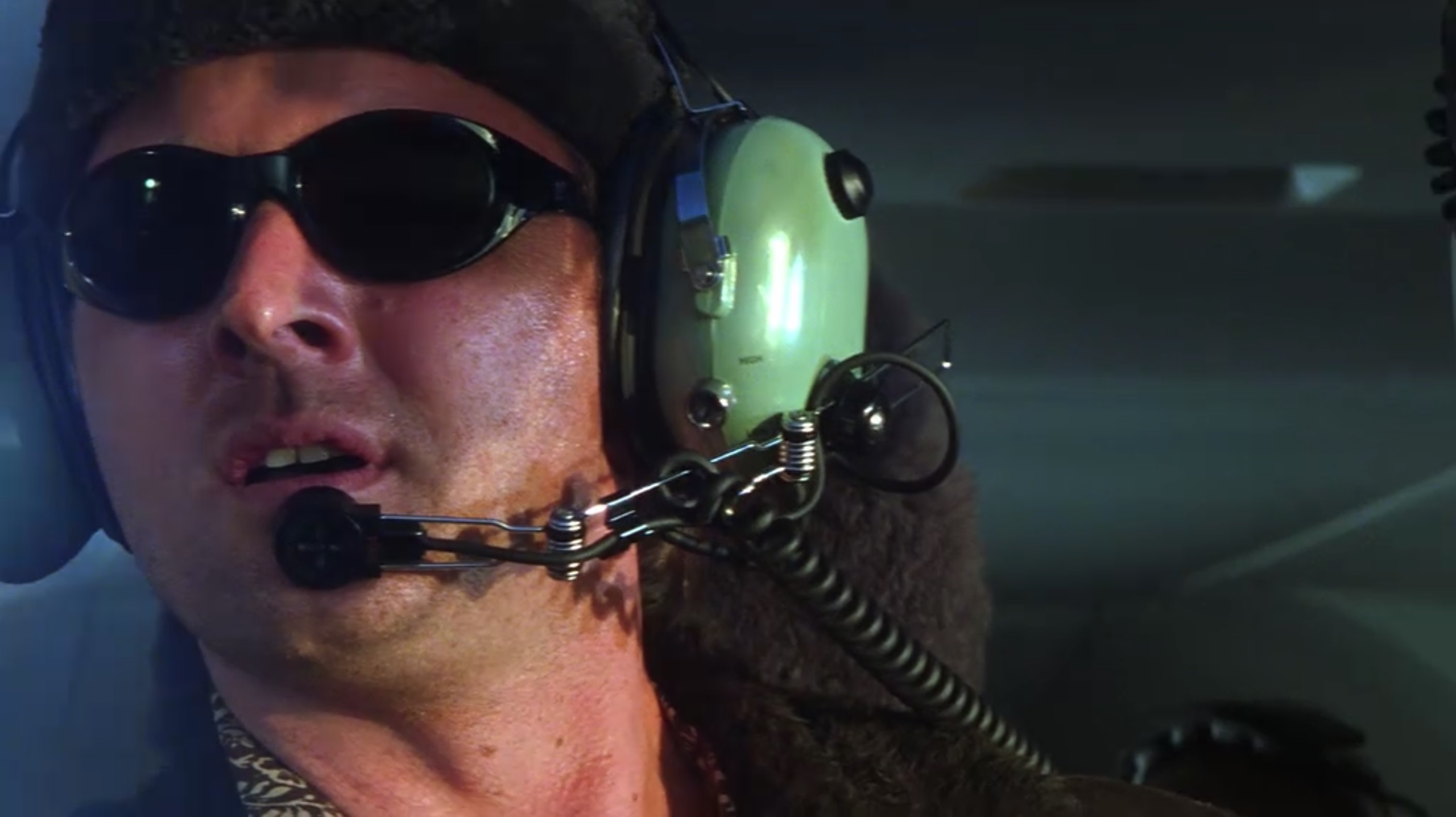 First off, I’d like to point out how hilariously decisive J. J. Abrams was in completely ditching this character in Mission: Impossible 3 and simply upgrading him to Simon Pegg, but at least before John Polson (I had to look this poor guy’s name up) unceremoniously left the franchise, he did rock the most normal/acceptable sunglasses of the whole crew. And if they need him to fill in on drums in a Stone Roses cover band, he’s already got the shades ready. 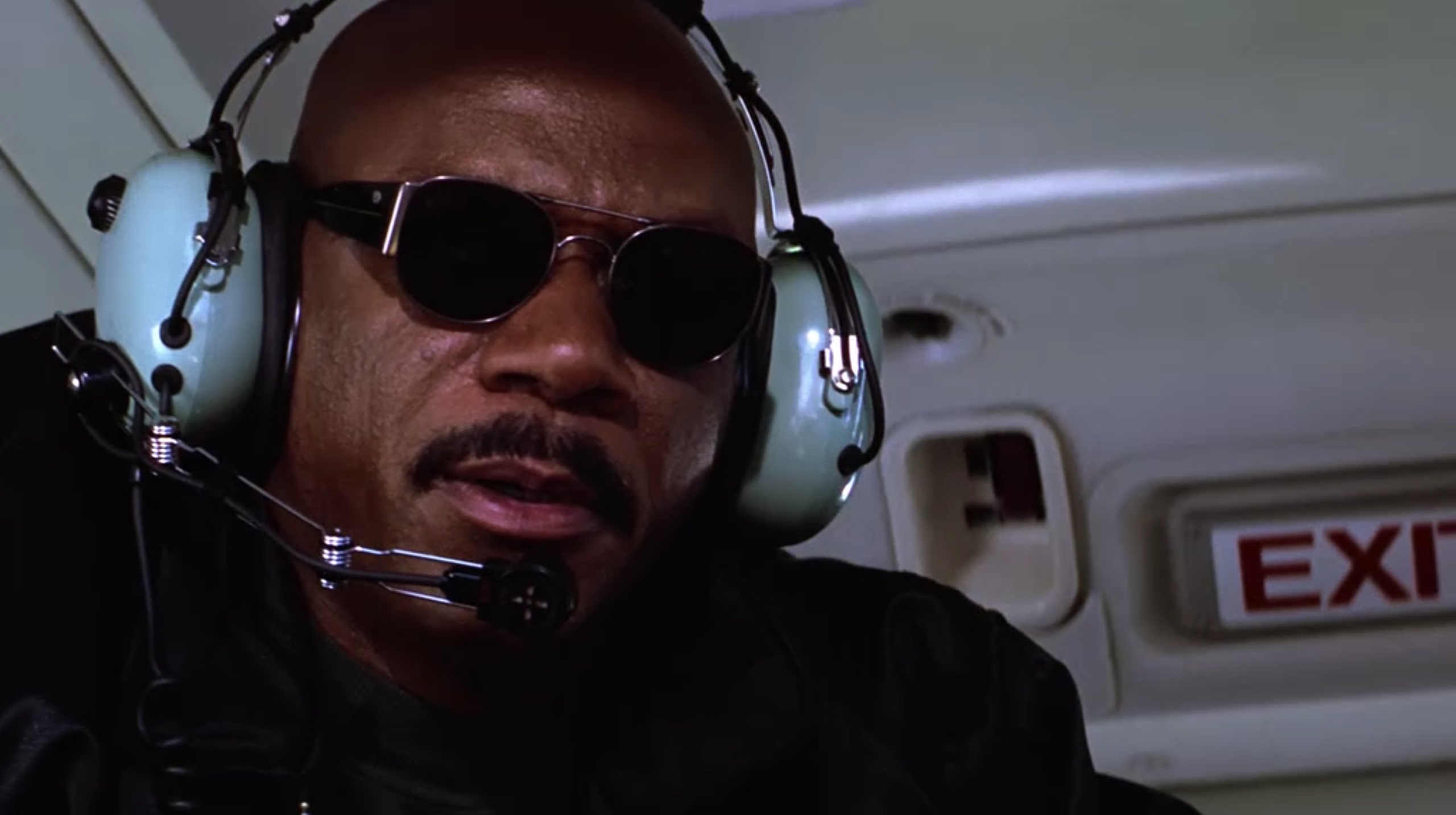 Ving Rhames is the only non-Cruise staple in the Mission: Impossible universe, and maybe that’s because this is the only franchise that has provided him with eyewear that will protect him in the event of a nuclear blast. 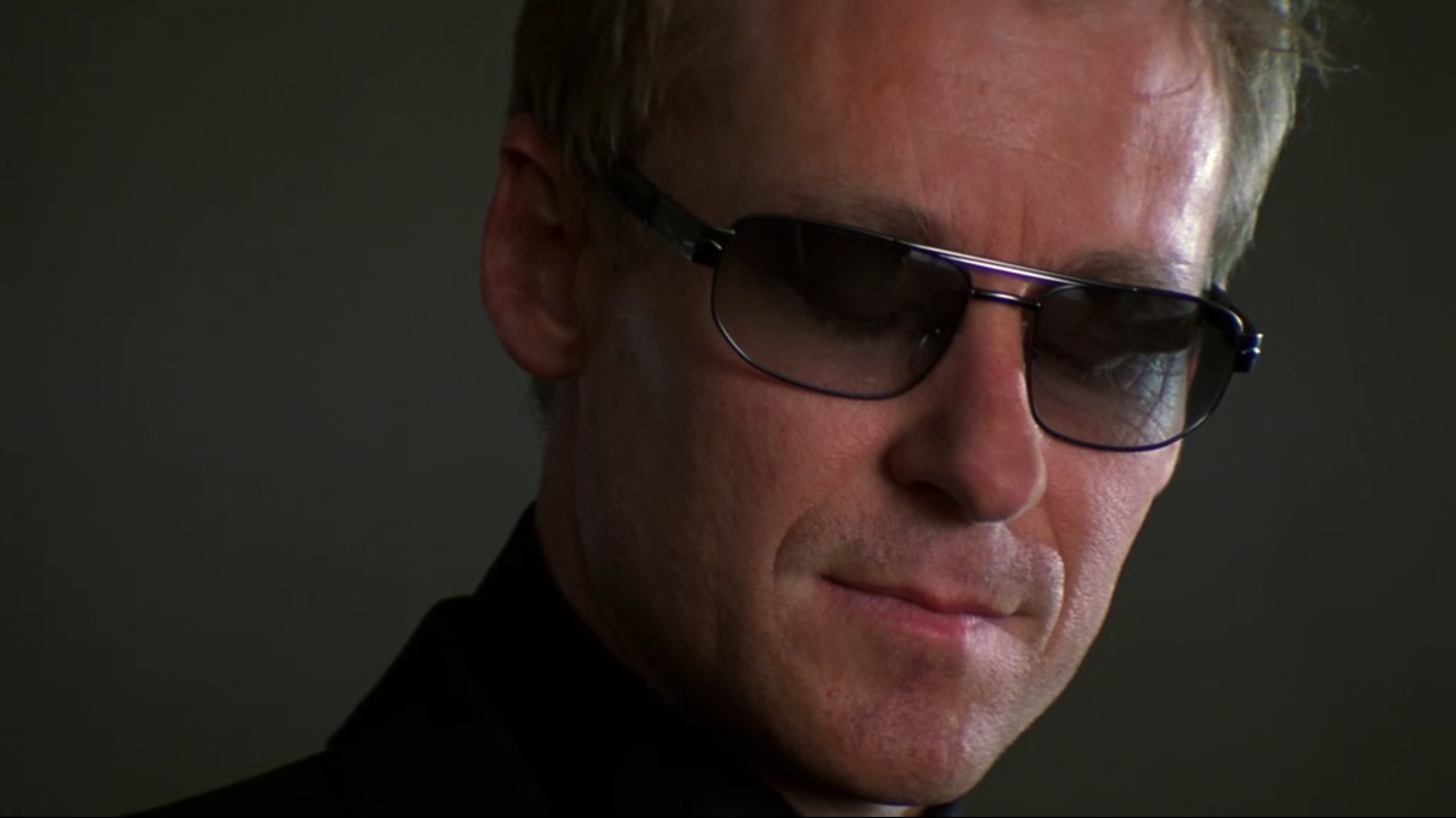 In some ways, I’m torn on this one, because Richard Roxburgh certainly rocks these in just the way that an M:I villain should: like a self-indulgent weiner with too much bloody money. But villains like him are also supposed to be cool, and this douchenozzle would definitely not be invited to the post-heist Sunday BBQ, that’s for sure. 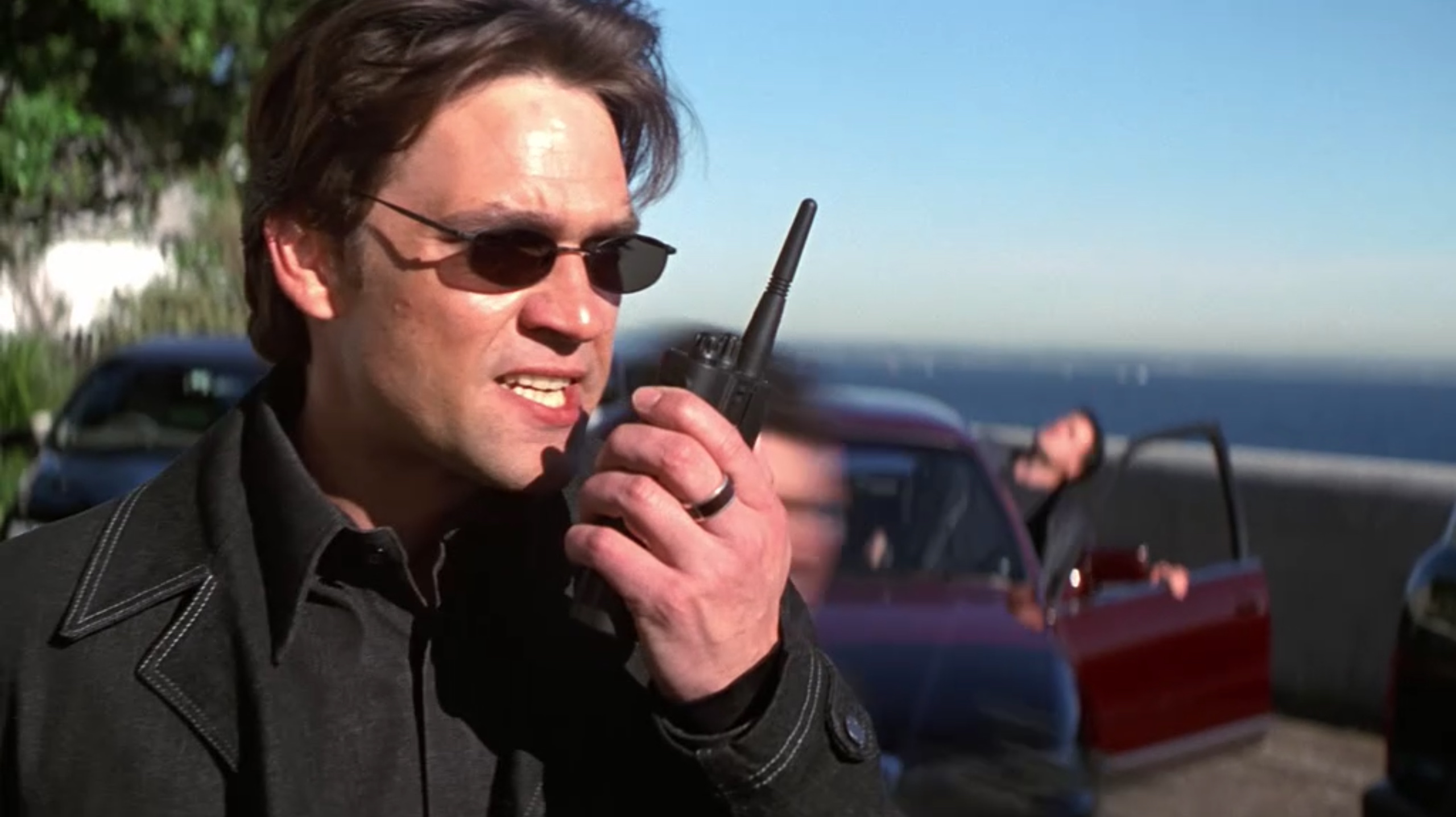 First off, I’m sorry if I’m offending anyone who was subjected to transition lenses in the early 2000s. It wasn’t your fault. Second off, OK, yes, these aren’t actually transition lenses. But they are extremely transition-lense-reminiscent, and just looking at them makes me feel like I’m in middle school again, so major points have been deducted. Same goes for that awful middle-finger ring. 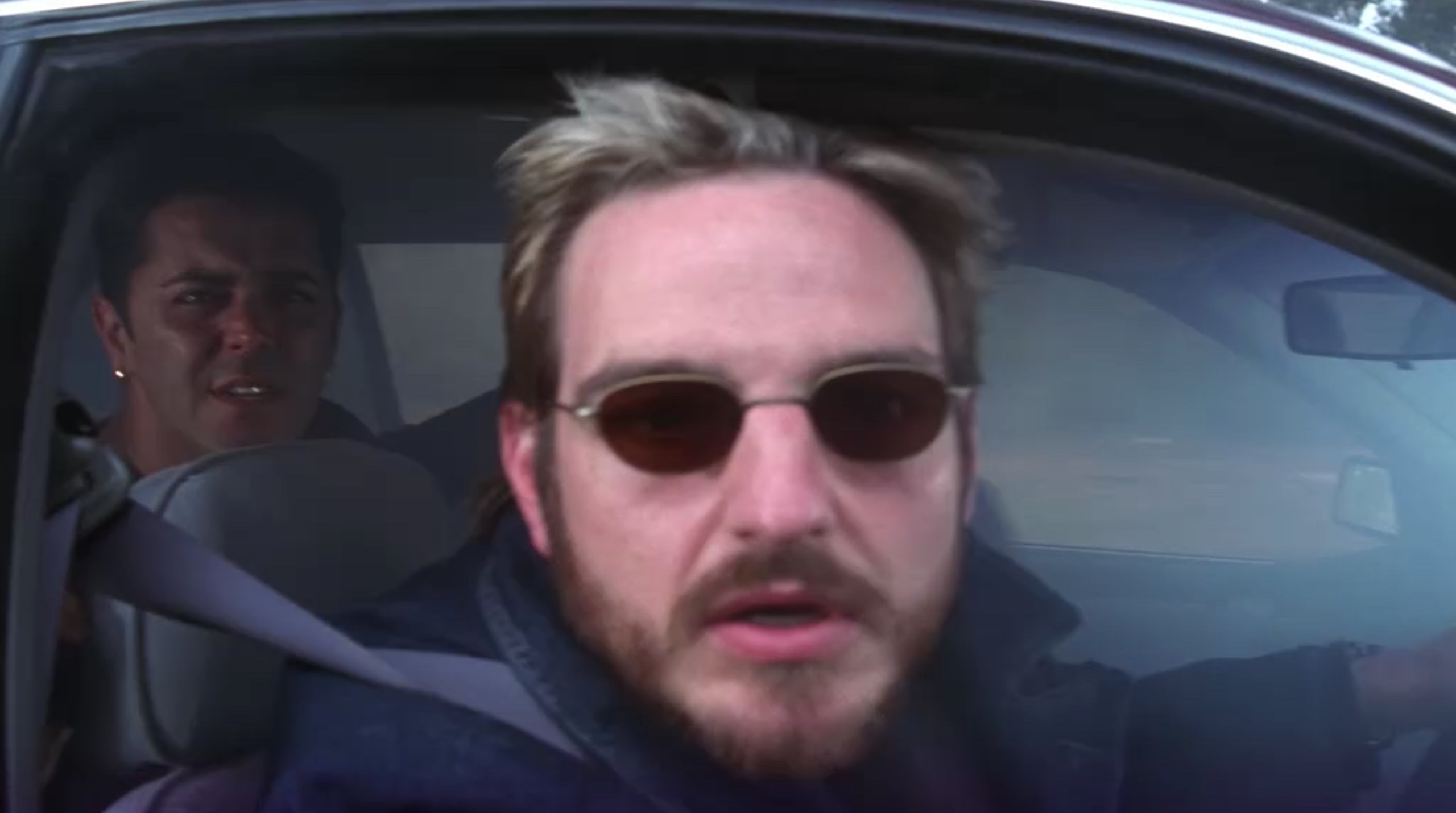 William Mapother’s character has, like, two lines in this movie, and apparently that character does have a name—“Wallis”—but as an actor Mapother has made a career out of being that guy who’s just there (except for in Lost, when he was the excellently creepy Ethan), so let’s forget the formalities and focus on the sunglasses. This was the part of M:I-2 where every main character pulled out fresh shades seemingly out of nowhere in order to look their best for the big chase scene at the end of the movie, and Mapother, bless his heart, was not to be outdone—so he flipped on this monstrosity. It takes a special level of tacky for frosted tips to not be the worst attribute of someone’s look. Just…bravo. 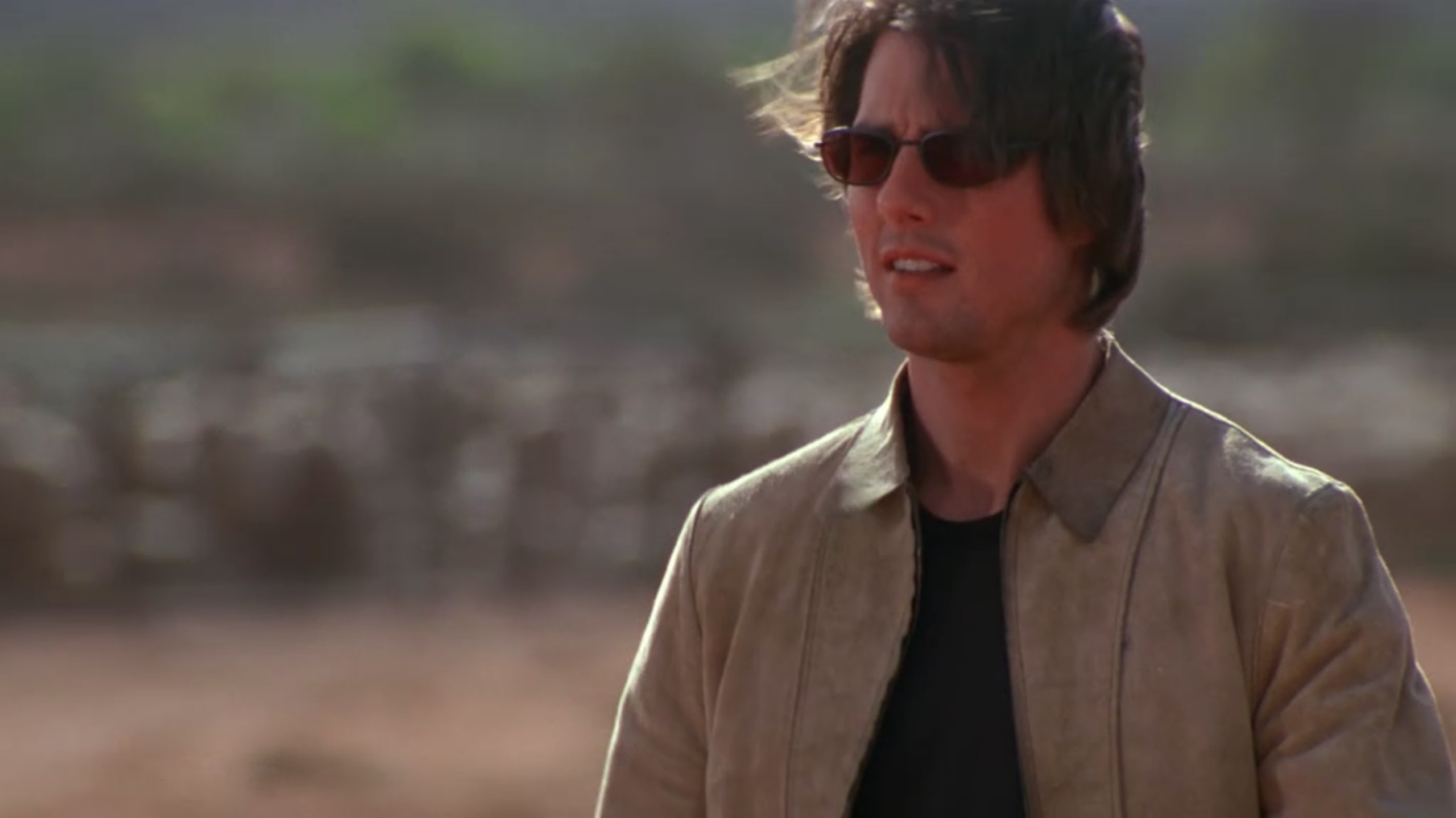 3. Ethan Hunt’s “Rich Guy Trying to Be Cool on a Safari” Glasses

Kind of a problem when the star of your movie is wearing sunglasses that look a lot like the ones in that Spy Kids meme. 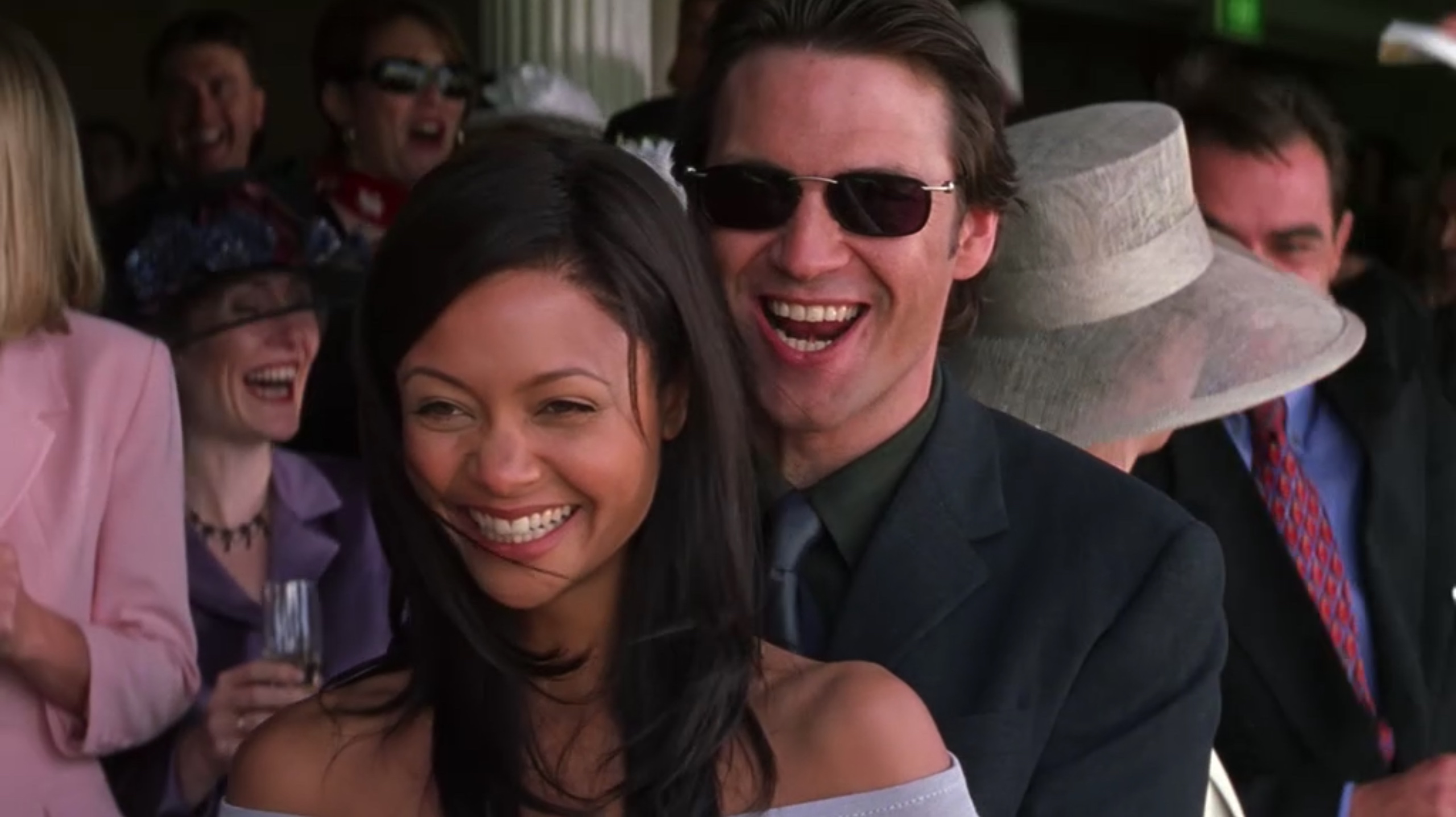 2. Sean Ambrose’s “Thandie Newton, What Did You Ever See in This Dude?” Glasses

Lot of things to talk about here, but I’d like to focus in particular on those weird ball-hinge things. Dougray Scott looks like a mf bug with shitty little antennae. 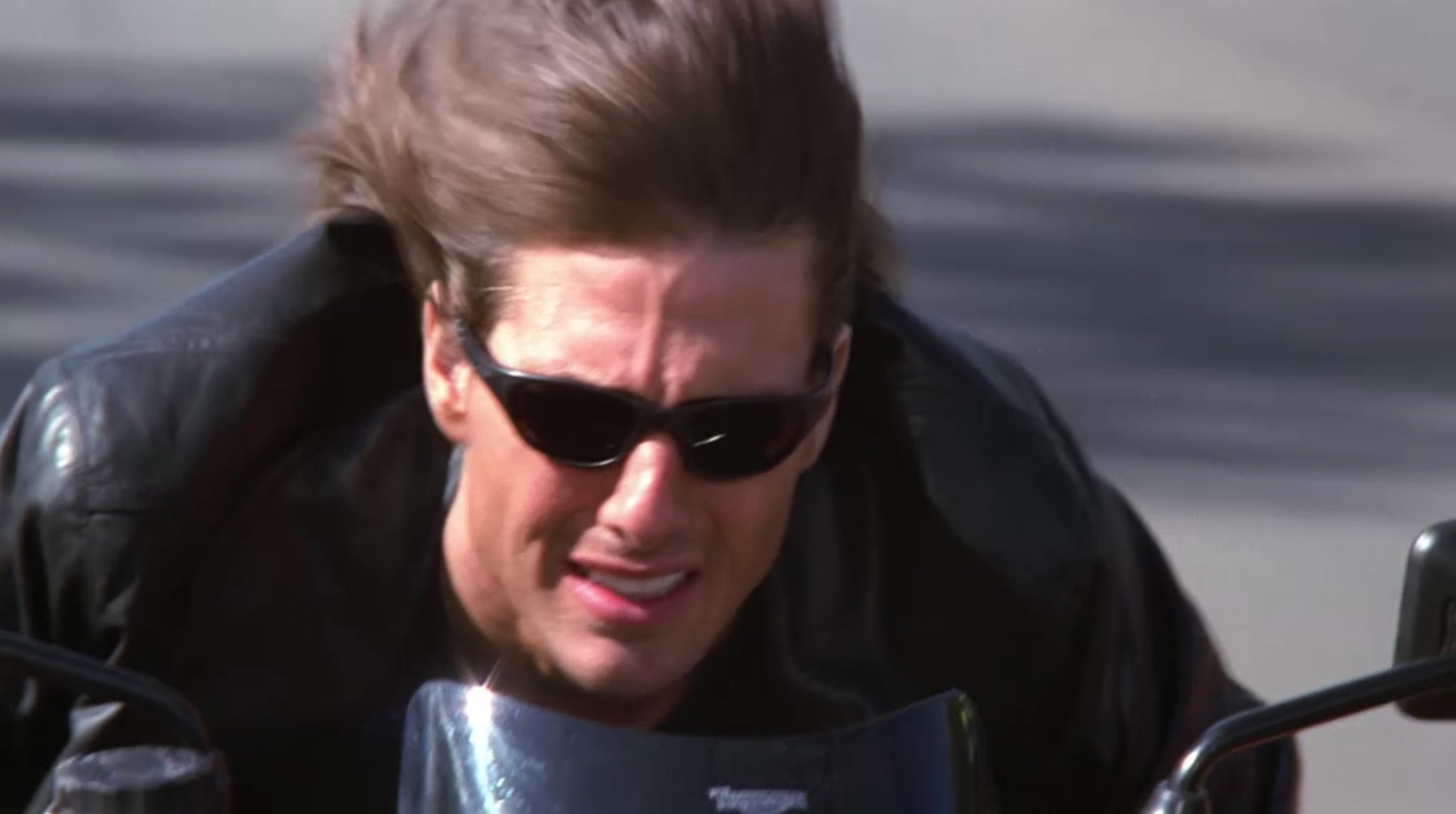 While conducting extensive research for this story, I was trying to sniff out a theme here—some sort of narrative connection that could be used to understand the sunglasses choices in M:I-2. Something to make sense of the Limp Bizkit–soundtracked chaos. But, my friends, there is no greater meaning to be found. In fact, the only thing resembling any sort of symbolism in this movie is when a white dove flies across the screen before Ethan emerges from an explosion to kick some more anonymous-henchmen-ass. (Subtle, John Woo. Subtle.)

Thus, the only insight I have for you is this: In case you end up having to suddenly transition from underground-lair fight to overground-highway motorcycle chase, it’s absolutely vital that you’re prepared for the drastic change in lighting with a pair of reserve Oakleys to be removed from your leather jacket pocket as you barrel-roll out of there. Oh, and also that UV-protection is no joke. FL