Her Story Is Ours: Hannah Gadsby’s “Nanette” Is a Performance to Push Us Forward

The Netflix special is already a comedy hit—but it has a dramatic turn.
Menu

Art & CultureFilm + TV
Her Story Is Ours: Hannah Gadsby’s “Nanette” Is a Performance to Push Us Forward

The Netflix special is already a comedy hit—but it has a dramatic turn.

Hannah Gadsby isn’t your average comedian, and her Netflix special Nanette makes that particularly obvious. Nanette is a step away from much of Gadsby’s previous work, and it recently propelled her into the mainstream consciousness. Gadsby, as she announces during the show, had wanted to quit comedy. But after her show’s surprise success, she decided to stay in the industry, and for good reason. Nanette is, of course, funny, but it is also unexpectedly tender and poignant. Her unconventional performance cements Gadsby as a knowing commentator and critic of today’s society—and exactly the kind of work that many of us long for during this moment in time.

Gadsby’s style is charmingly endearing with a slight awkwardness, accented by a dry, tongue-in-cheek sense of humor, and her jokes often revolve around her experience as a gay, “gender-not-normal” person and her mental health. Some of her most well-received bits during the last ten years refer to her weight or to frequently being mistaken for a man. In 2015, during the Melbourne International Comedy Festival Gala, she admitted her recent ADHD diagnoses: “Turns out girls can get ADHD,” she says. “Turns out I’m a girl. Double shock.”

To understand Gadsby, it’s necessary to also know where she comes from. She was raised in a small town called Smithton on the northwest coast of Tasmania—the Australian island with a notoriously conservative political background, particularly when it comes to LGBTQ rights. Tasmania has imposed some of the harshest laws against homosexuality in the Western world. Up until 1997, being gay was a criminal offense. The government went so far as to record the license plates of those attending gay community meetings. Gadsby, who was born in 1978, was steeped in this cultural homophobia. Coming out is hard anywhere, but it seems unimaginable where she came from.

Throughout Nanette, Gadsby grapples with this identity, which, she admits, is difficult for her even now. She repeatedly reminds us that her words are “just jokes,” but as she continues, the underlying truth disguised as “just jokes” becomes more apparent. We begin to realize how much of her comedy is rooted in trauma. Her position as what she describes as “not normal” in an oppressive culture seems to prove that we are inseparable from our upbringing—no matter how distant it may seem. These experiences as children, whether beneficial or damaging, reverberate in our minds for the rest of our lives.

What makes Nanette most memorable is Gadsby’s ability to remain human despite the fact that she has been repeatedly dehumanized.

As Nanette progresses from her familiar banter to her announcement she is leaving comedy to sharing years of trauma, Gadsby gradually finds empowerment. “I built a career out of self-deprecation, and I don’t want to do that anymore,” she says. “Because you do understand what self-deprecation means from somebody who already exists in the margins? It’s not humility. It’s humiliation.”

Nanette is a paradigm shift in comedy. It’s proof that the #MeToo movement can permeate both public and private spheres. Gadsby’s work is a much-needed and appropriate response to the movement, proving that comedians’ roles go far beyond merely eliciting a few laughs. Instead, she’s calling for accountability.

“I don’t hate men,” Gadsby says. “But there’s a problem… I’m not a man-hater. But I am afraid of men. If I’m the only woman in a room full of men, I am afraid. And if you think that’s unusual, you’re not speaking to the women in your life.” 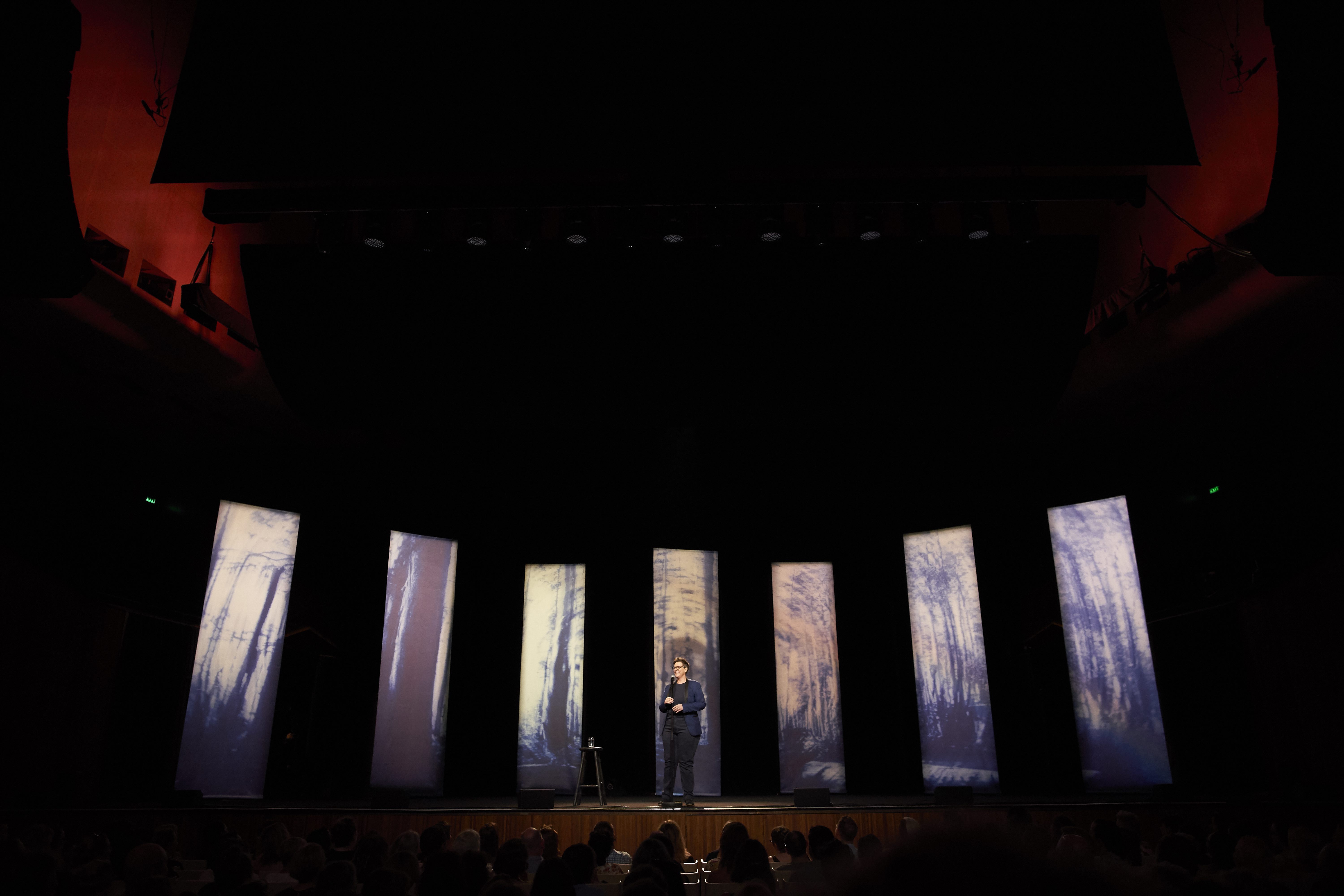 What makes Nanette most memorable, though, is Gadsby’s ability to remain human despite the fact that she has been repeatedly dehumanized. She’s angry as hell, but she’s also able to communicate her frustration in a way that doesn’t feel toxic. Instead, in a way, it feels like a necessary step in our collective healing process.

At the show’s conclusion, hopelessness is replaced by a conviction that we can do better, and Gadsby challenges us to do more than simply passively attend her show. “I don’t want to unite you with laughter or anger,” Gadsby concludes. “I just needed my story heard, my story felt and understood by individuals with minds of their own.”

Gadsby is a guide on a journey, taking her audiences from joy to sorrow to frustration and back to empathetic motivation. Her work is a push we need toward a more accepting and loving society, where so-called “not-normal” children are normalized. Her story is, indeed, our story, too. FL