When Fortuna spins you downward, go out to a music festival and get more out of life.
Menu

When Fortuna spins you downward, go out to a music festival and get more out of life.

The spinning wheel of fortune landed on “It ain’t good,” but the steampunk warlock who supervised the spin handed me a pack of Whoppers, so it wasn’t bad, either. In its twentieth year, the Voodoo Music + Arts Experience has tripled down on its namesake in recent years, from the mammoth-sized prayer candles acting as torches lighting the gateway to a cemetery haunted by zombie actors to a bus-shaped botanical installation filled with tarot readers, healers, Florida Water, and prayer beads. That wheel of fortune, in the shadow of two massive skeletons, also was opposite the three-day festival’s EDM stage blasting round-the-clock bass to a pulsing sea of bodies.

All of this seems incongruous to the “real” world outside, and to the history of the festival itself. The Voodoo world-building has made Voodoo Fest both a corporate dream and a funhouse mirror reflection of the music world. 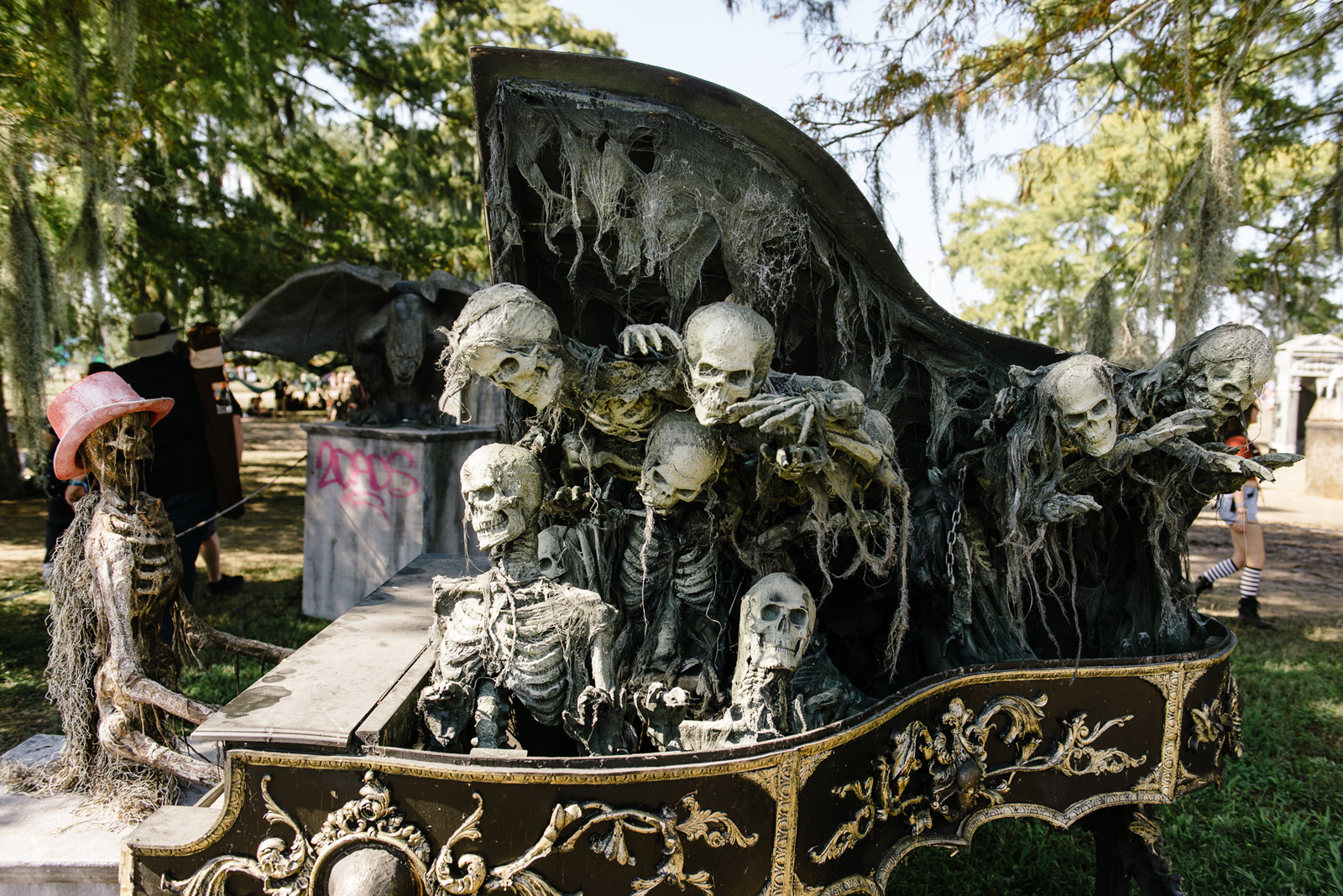 It’s nothing like its 1999 debut (headliner: alt-rock radio chart topper…Dr. John). Over the years, it’s become the kind of place where Skrillex and Jack White compete for sound space, and where hip-hop and R&B artists now headline its biggest stages.

As with previous lineups, its 2018 bookings rekindle the past for posterity (Third Eye Blind, who played the first one in 1999) or nostalgia (Marilyn Manson, who is better off in the past). But it still makes an annual push to tap into the zeitgeist.

Childish Gambino canceled a couple days before the gates opened; his set was likely to be the most talked-about of the weekend. Travis Scott was the last-minute substitute, and Voodoo’s instincts were right. His name was on the lips of young fans, and he presided over one of the biggest crowds of the weekend. His VHS and pink-neon multimedia spectacle stomped through tracks from his latest album, Astroworld, and he was already out of breath by the end of “Carousel,” his second song. 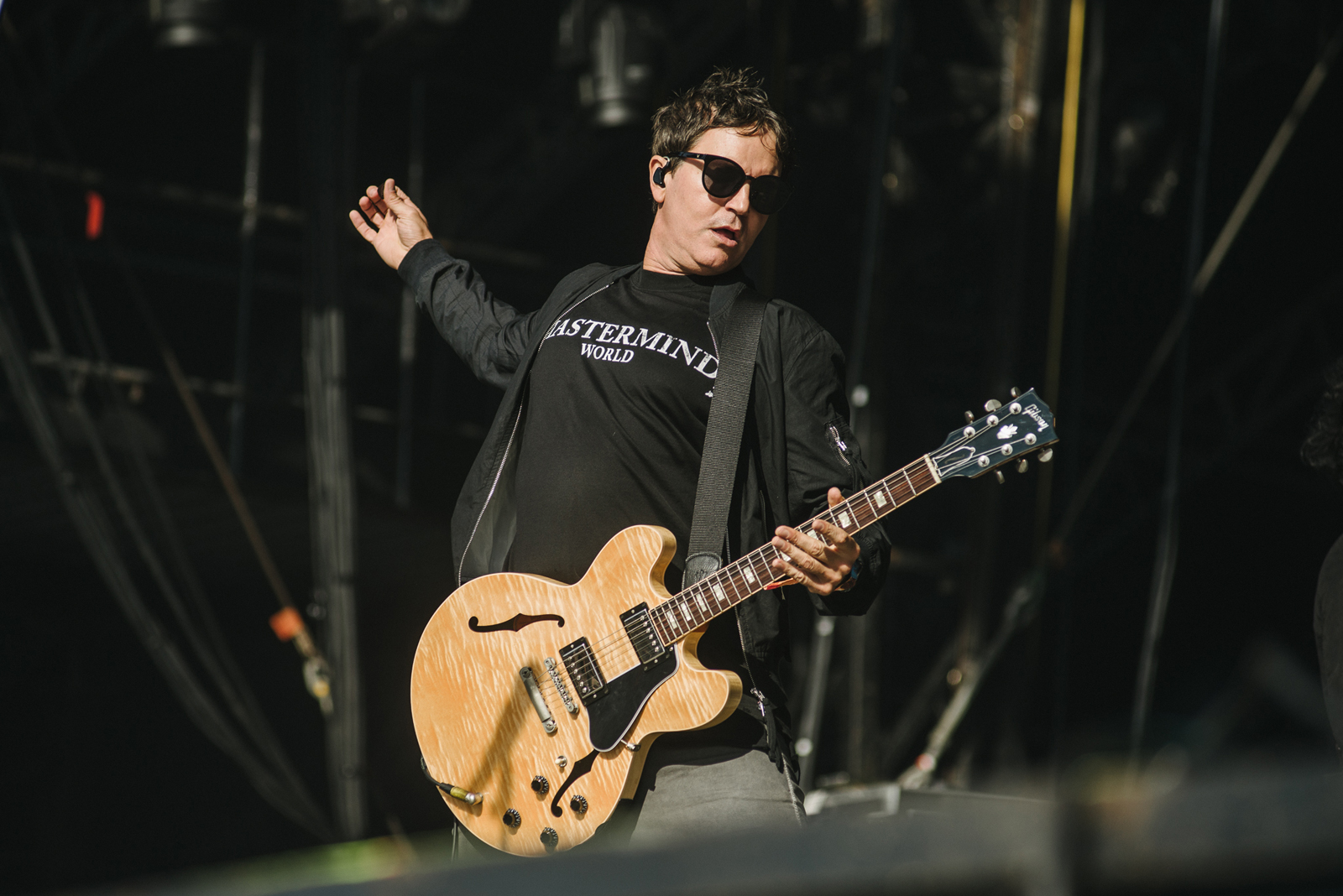 But that stage—and this year’s festival—belonged to women artists.

Lizzo arrived onstage with her Sailor Moon–dance and DJ posse with a light-hearted and joyous dive into her Coconut Oil EP. She showed off her self-described “big dick energy” by playing flute to a rap beat and yelling “bitch” between breaths.

Janelle Monáe dominated her black-and-white stage with blood-red accents—from her Afrofuturistic outfits to beret-clad dancers—and threaded Prince riffs and James Brown footwork into her set, which spanned Dirty Computer’s “Crazy Classic Life,” “Pink,” “Make Me Feel,” and “Tightrope,” though the festival cut the sound minutes before her finale, sucking the air from the crowd left hanging on her every word and move. 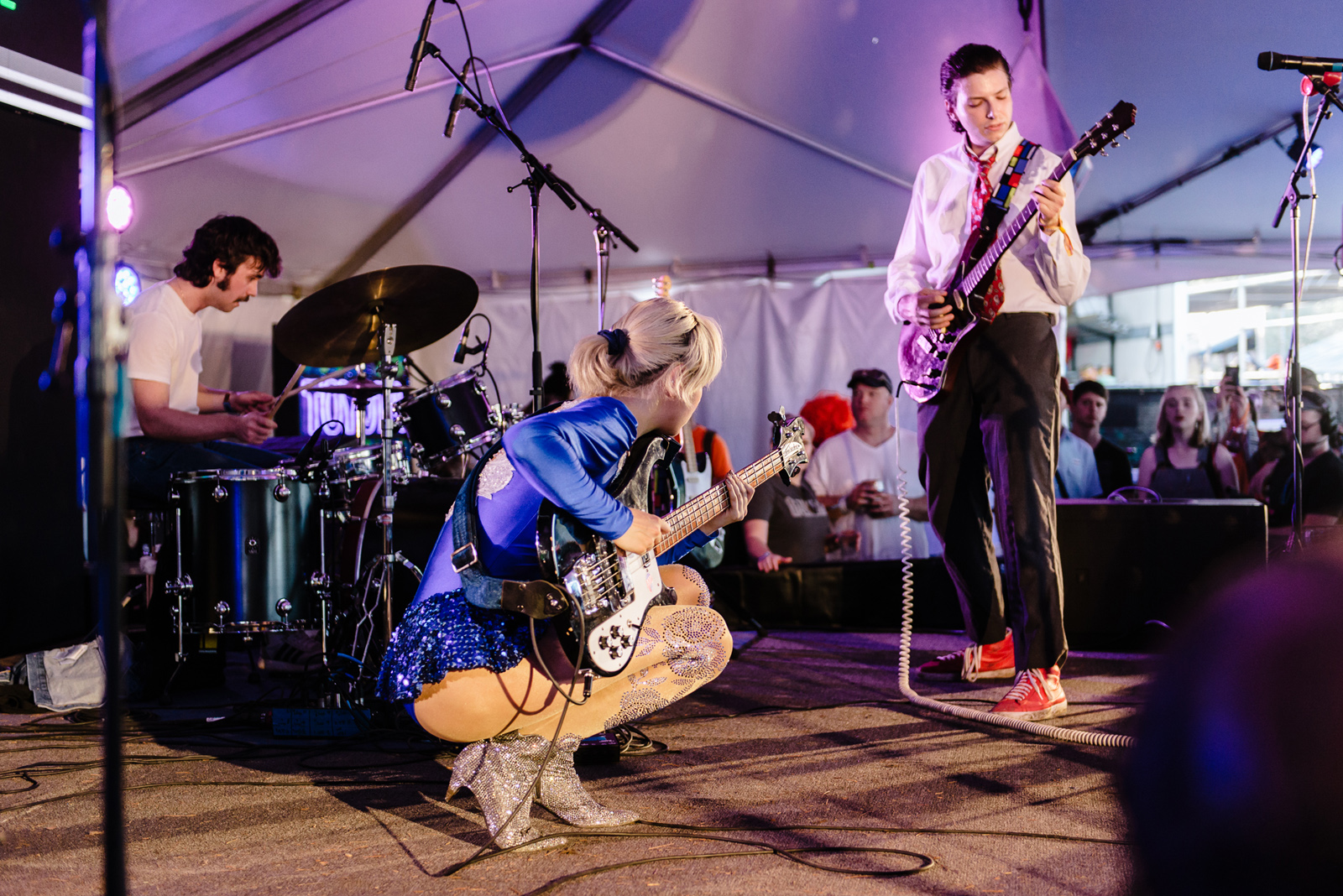 Big Thief closed its infinite touring at Voodoo, where they embraced one last time onstage (for at least six months, vocalist and guitarist Adrianne Lenker said) after carving out a rare quiet moment on the festival grounds against a festival that packs sound into every square inch. Power-trio Sunflower Bean crammed a crowd into a Toyota promotional set for another dizzying round of its tightly wound rock and roll after scorching a larger stage in the midday sun.

A possessed Arrow de Wilde slithered and spat blood onstage with her grimy Los Angeles outfit Starcrawler, a perfect antidote to the male-driven sterility of the weekend’s stadium-sized festival staples like Mumford & Sons, The Coronas, and Judah & the Lion. 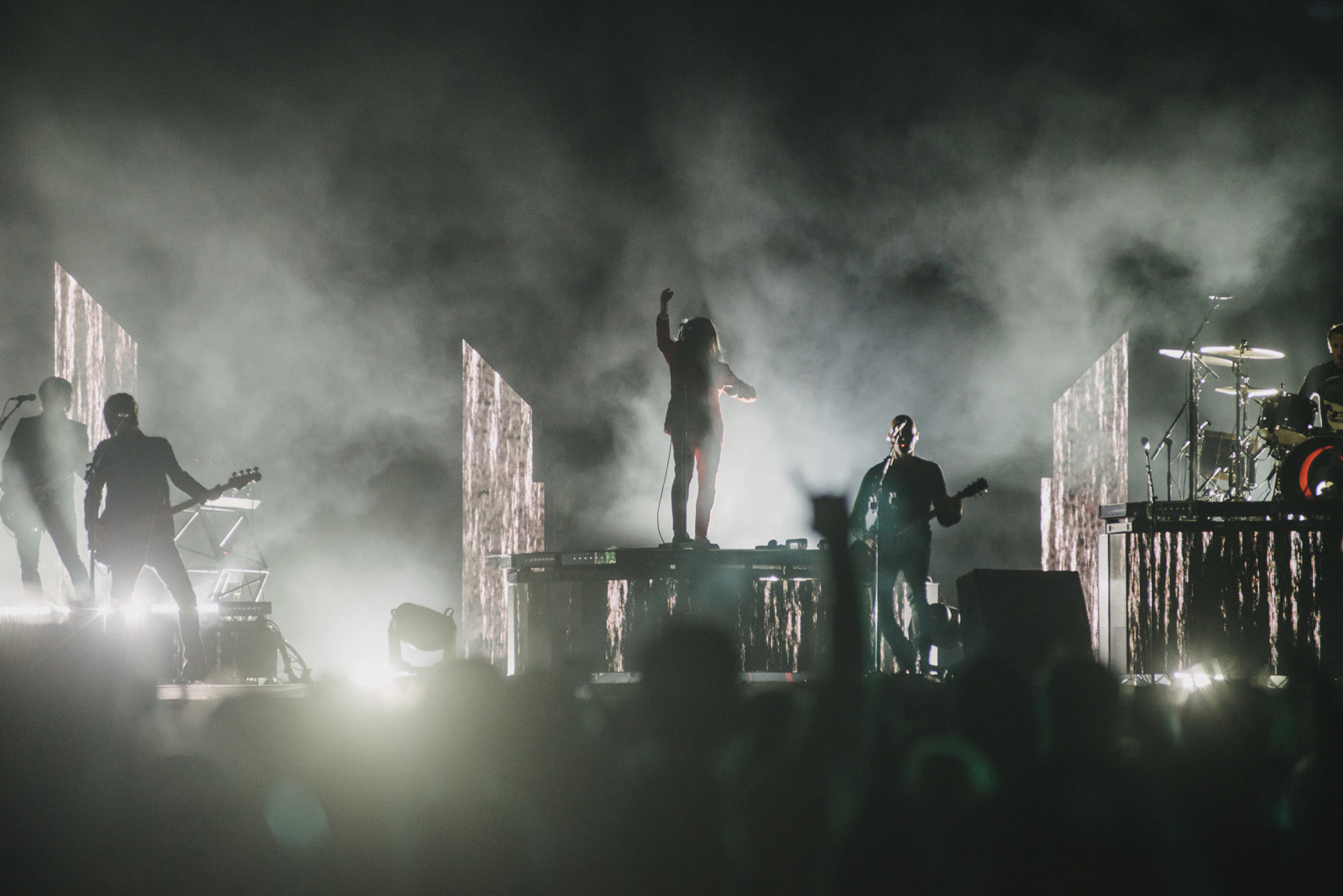 Future house DJ Anna Lunoe and French producer CloZee brought a visceral thrill to Le Plur, giving them a literal widescreen display for their twenty-first century visions. Meanwhile, EDM duo Odesza led a drumline procession to add some flesh to its dry, dramatic build-ups. Odesza’s move from Le Plur—a stage on the far end of the festival that has become its own festival—signals that Voodoo is ready to embrace its EDM zombie effect and start sprinkling more dance artists on other stages.

That might be the death knell for what’s left of the Gen X crowd dodging Juul clouds on its way to A Perfect Circle. But there still are the twenty- and thirty-somethings who have been with Voodoo from the start, willing to spin the wheel to see where Voodoo is headed into the next twenty years. FL

The Revivalists / photo by Andy Sawyer

The Revivalists / photo by Andy Sawyer