The ensemble’s 7th album is resistance music built off the back of the most difficult year in the modern era.
Menu

The ensemble’s 7th album is resistance music built off the back of the most difficult year in the modern era. 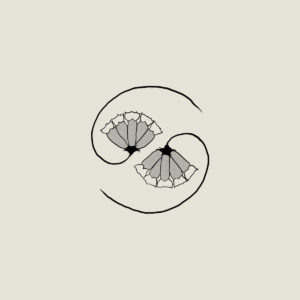 I’d like to posit that Godspeed You! Black Emperor are the most punk rock band on the planet. Well, that award technically goes to Lil Nas X for putting legit human blood in a pair of sneakers, but he’s not a band, so Godspeed gets the prize by default. Regardless, Godspeed’s punk philosophy rarely translates to their music, but their mission as a group extends far past the sprawling post-rock they create.

Eliminating context from a record can be a useful exercise—especially if the story surrounding an album only distracts from how mediocre the actual music is—but Godspeed demand you engage with the politics surrounding their music, to swear allegiance to an anti-fascist state, to demand those around you treat those less fortunate with dignity and respect. All of this is conveyed without a single word being uttered (in English) on their albums. This music is punk in the most traditional sense of the word—it refuses to give in, engage with the status quo, or adhere to societal norms. “Job’s Lament” plays with a piercing metal guitar riff and a droning bass that underpins the building tension, the occasional ascending scale on the guitar leading to a cascading cymbal crash, and a restart of the progression. It’s the myth of Sisyphus come to life, until they finally ascend the mountain, plant their flag in the ground, and spit in the eye of any would-be colonizers.

G_d’s Pee (pretty close to Godspeed, eh?) was born during the COVID era, and the band’s note regarding the process is remarkably on brand:

we wrote it on the road mostly. when that was still a place.
and then recorded it in masks later, distanced at the beginning of the second wave.
it was autumn, and the falling sun was impossibly fat and orange.
we tried to summon a brighter reckoning there,
bent beneath varied states of discomfort, worry and wonderment.

“Wonderment” is the key word here, and it’s sort of been Godspeed’s M.O. since their inception. The group is in awe of our natural world, which gives all the more reason to be angry at what we’ve turned it into. “First of the Last Glaciers” is an explicit climate anthem, a call to arms as we push our Earth toward even more “first lasts.” Godspeed demand you listen, but they’re not actively seeking out your ears. The music is strong enough, muscular and subtle enough, that from the opening moments, turning away is no longer an option. Once the first note hits it’s already too late. Post-rock has a tendency to be hermetically sealed and insular. For music that aspires to be epic it can often be awfully clean. Godspeed like to dirty things up, to sink their hands into the dirt and see what kind of mud gets stuck beneath the fingernails. This is resistance music, built off the back of the most difficult year in the modern era.