Photo by Sophie Hur and art by Remi Wolf

If you’ve been following FLOOD over the last few weeks, you’ve likely heard how excited we are about the launch of our new 24/7 commercial-free streaming radio station, FLOOD FM, as well as our weekly Spotify podcast series, “F Yeah Fridays.” Hosted by Aaron Axelsen, each episode counts down 15 of our favorite new tracks released over the past week in rotation on FLOOD FM.

This week’s episode finds a plethora of hot and eclectic new tunes, from Angel Olsen’s orchestral re-working of “Waving, Smiling” (into “Alive and Dying”), to Kimbra’s kinetic remix of Remi Wolf‘s “Down the Line,” to Flying Lotus and Thundercat‘s epic new collab, “Black Gold.”

In other FLOOD FM news, we are also thrilled to announce that the station is now available to stream on multiple platforms, including Apple Radio, Alexa, iHeartMedia, Live365, and Sonos Radio. You can listen to FLOOD FM almost anywhere, from your home to your car to your smart speakers. Give it a whirl and ask Alexa or Siri to “Listen to FLOOD FM.”

Check out the debut this Sunday all day and night on FLOOD FM. 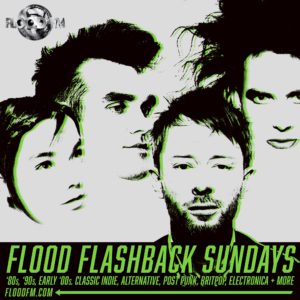