In Conversation: Documenting the Decline with Penelope Spheeris

We chat with the legendary director about the reissue of her three-part documentary series, “The Decline of Western Civilization.”
Menu

Film + TV
In Conversation: Documenting the Decline with Penelope Spheeris

We chat with the legendary director about the reissue of her three-part documentary series, “The Decline of Western Civilization.”

Director Penelope Spheeris admits that she wasn’t longing to revisit The Decline of Western Civilization trilogy, the three punk and metal documentaries she released between the early ’80s and late ’90s. In fact, the director, best known for the 1983 punk drama Suburbia and 1992’s Wayne’s World, had to be strong-armed into rereleasing the films by her daughter, Anna Fox.  “I knew it needed to be done, but I really didn’t like looking back over my life, because I just kinda like to keep going forward,” Spheeris says via telephone from her office in Los Angeles. “But my daughter made me do it… Four years ago I asked her to come work for me and she said, ‘Only if we do the Decline box set first.’”

Packaged together with extended interviews and commentary from Spheeris, the new trilogy set released by Shout! Factory features restored versions of 1981’s The Decline of Western Civilization, which focuses on the Los Angeles punk scene and bands like Black Flag, X, The Germs, and Fear; 1988’s The Decline of Western Civilization Part II: The Metal Years, which profiles rockers W.A.S.P., Ozzy Osbourne, Kiss, and Poison; and 1998’s unreleased The Decline of Western Civilization Part III, which features crust punk bands like Final Conflict and Naked Aggression, and examines the daily lives of gutter punks in LA. The set allows one to view the common thread connecting Spheeris’s films, the balance between optimism and delusion, between absurd humor and unrepentant vulgarity, and in the case of the third film, a kind of quiet melancholy.

We spoke with Spheeris and Fox, who coproduced the new set, about this common thread, and about the reaction Spheeris’s subjects had to seeing themselves on film.

What is it about subcultures you’re drawn to?

Penelope Spheeris: My early years were spent at a carnival my father owned, and I’ve learned that a person’s personality is formed by the time they’re six years old. So by the time I was six, I had spent my entire life around a bunch of misfits that didn’t fit into their own natural born situation. I think it was just comfortable for me to be around those people, you know? 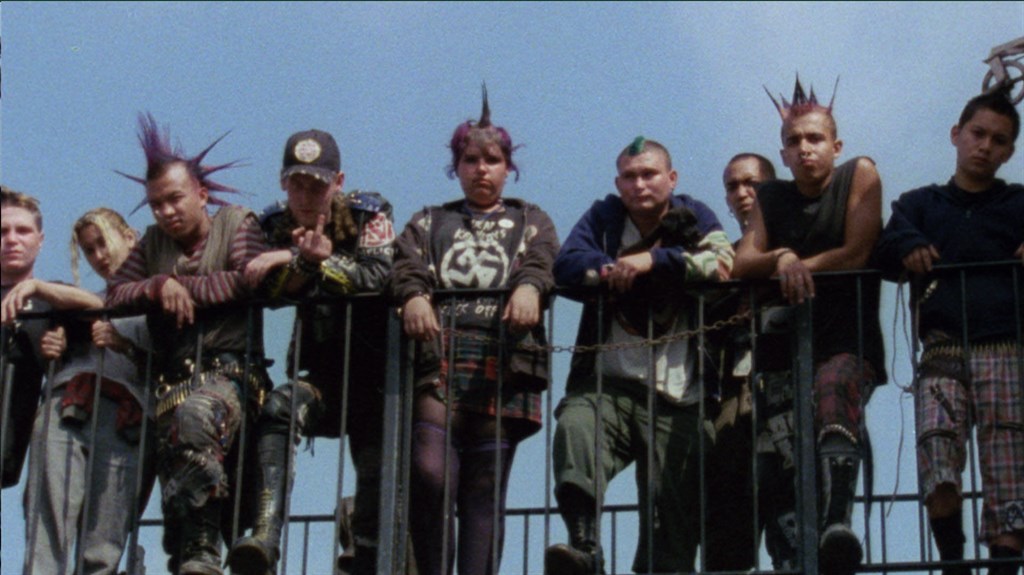 From The Decline of Western Civilization

The punks in the first film do seem like misfits, but I’m struck by the differences in approach to “being” punk. Claude “Kickboy Face” Bessy (Slash fanzine writer/editor, Catholic Discipline frontman) says something like, “Everybody’s grooving on different vibes.”  Do you feel like there was any unifying theme to what those bands were exploring?

Spheeris: In retrospect, it wasn’t all about the beach hardcore, or the Inland Empire thrash bands; it was a sort of a little taster of all the different scenes going on. What I was mostly interested in, besides the music, was the change in the environment and everybody’s thinking that happened at that time. To watch how kids, then, behaved. It was really more a study of human behavior. I think all three films were.

By the time we get to the third film, you’re dealing with gutter punks. Even though that music is sonically in line with the music of the first film, the ideologies have changed so much—especially in regards to homophobic, racist, and sexist language.

Spheeris: Sometimes I think in our society in general we are in the decline, going backwards. [But] over those years, between those movies, kids evolved in their thinking to a great degree. For those small strides forward we have to be grateful.

Were people upset with the way they were presented in the second film?

Spheeris: I think what happened is when the film came out, there were some people who thought, ‘Oh my goodness, why did I say that, why did I do that? Why did I wear those buttless chaps?’ Whatever concern they had when the film was first out, or over the years, they’ve kinda come to peace with it.

Fox: Nobody made them say those things or think those things or wear those things. They were common thoughts and ideas at the time [that] were totally acceptable. It’s just later on, I think people get a different perspective on it.

The Metal Years shows people on opposite ends of the spectrum. On one hand you’ve got these guys who are incredibly rich and successful (Aerosmith, Kiss, Alice Cooper) and on the other hand you’ve got these broke kids (Odin, London, Seduce) who are aspiring to that level of fame. There’s a wide valley between them, but they’re kind of united by this idealistic belief that rock and roll is going to make them have a good life. Something about that is genuinely…inspiring, maybe? 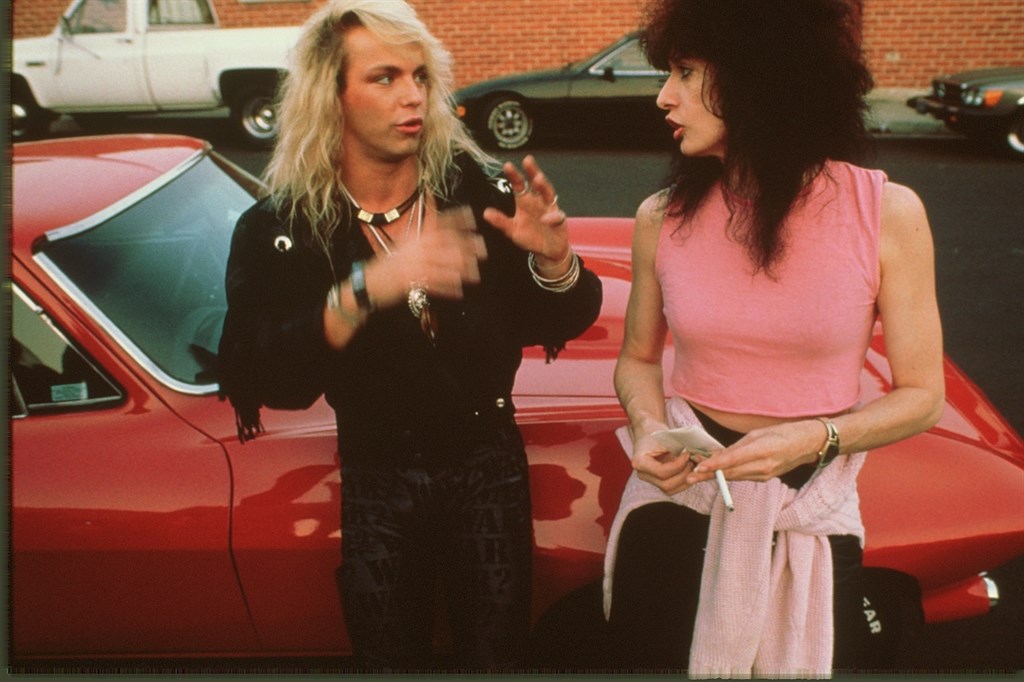 Spheeris with Poison singer Bret Michaels on the set of The Decline of Western Civilization Part II: The Metal Years

Before ever seeing these films, I saw Wayne’s World. There seems to be an embrace of that kind of sweet boneheadedness in Wayne’s World that I see in Decline II.

Spheeris: I think the reason I got the gig to do Wayne’s World is because I had done Decline II—that and that I knew Lorne [Michaels] from years and years before [while working on Saturday Night Live]. That really beautiful feeling of “the sky’s the limit” optimism that Wayne and Garth have, the kids in Decline II had it as well.

What drew you into the world of crust punks with Decline III?

Spheeris: I didn’t really know when I started the movie that it was going to take such a downward turn, but I couldn’t ignore it once I got to know the kids well. I saw them walking along Melrose in a pack and they looked like the cover of Suburbia that I did in 1983. They looked like they’d just stepped out of the first Decline. Once I got to know them, I just loved them. They don’t care about making it—[they] just care about day-to-day, moment-to-moment survival.

I saw the terrible situations and families they came from, and the way they formed new families and loved each other. That’s human nature: you find people you love and stick with them and [exist] together. I saw that in them. I actually met my boyfriend on that movie. He’d been homeless before I met him, and he’s been my boyfriend for eighteen years now. He was a homeless punk rocker from Florida who was hopping trains and hanging on the street. It changed my life. I became a foster parent [after finishing the film] because I wanted to help. It’s my favorite movie I’ve done.

Can you say anything about the upcoming fourth Decline film?

Spheeris: I say that everybody has a camera these days, so if I tell people what it’s about, they could go make that movie. Anna and I were working on it before we had to get the box set out. We’re going back to it after we put this puppy to bed. All I can say is it will have the spirit of all the Declines. Everybody guesses it’s going to be about noise bands. I like those bands, but that’s not it. FL