Freaky Stylin’: Getting Into Bed With Big Grams

FLOOD 2 cover stars Big Boi and Phantogram talk about the making of their self-titled EP.
Menu

Digital Cover
Freaky Stylin’: Getting Into Bed With Big Grams

FLOOD 2 cover stars Big Boi and Phantogram talk about the making of their self-titled EP.

“I need another lover like I need another hole on the side of my temple,” unloads Antwan Patton—to whom “only the ladies” refer as Antwan and is better known anyway as Big Boi—in the opening moments of Big Grams’ “Run for Your Life.” Urgently delivered over Josh Carter’s jungle-swelled backbeat, the statement assumes a different posture as Sarah Barthel beckons with her choral refrain, “Tell me, where you wanna go?” The irony of the lyric lies in the fact that neither OutKast’s more sizable Boi nor Barthel and Carter’s Phantogram are exactly strangers to collaboration. As it happens, the trio comprising Big Grams were in bed together well before their debut project commenced.

Back in 2011, professed Phantogram fan Big Boi invited Barthel and Carter to his Stankonia Studios in Atlanta to work on what would become three of the more successful tracks from his second album untethered to OutKast counterpart André 3000, Vicious Lies and Dangerous Rumors. Despite representing relatively disparate strata of the musical landscape (Phantogram had theretofore released only 2009’s Eyelid Movies and a handful of EPs against Big Boi and OutKast’s extensive back catalog), a mutual respect swiftly formed, and the prospect of deeper collaboration became a foregone conclusion.

“We are just huge fans of one another,” says Barthel. “Big expressed how much of a fan he was to us, and obviously we were big fans of him. It’s like, you’re working with your favorite artist, and it’s bound to be really cool.” Hardly the type of emcee to absently fetishize an indie synth line via sampler, Big Boi has long demonstrated his admiration for all walks of musical life. He claims “Jig of Life” as his favorite Kate Bush song, bonded with Barthel and Carter over The Flaming Lips, and once even collaborated on a show with the Atlanta Ballet. But equally essential to the Big Grams recipe is the gusto of Barthel and Carter in their adept willingness to work with a high-profile artist while their own musical identity establishes itself. (The duo released their second full-length, Voices, last year and are currently working on the follow-up.) “There was no fear in the room,” says Big Boi of early Big Grams sessions. “On either side, everybody was willing to do whatever it took to make the jam.”

There is a dialogue of musical substance present on tracks like “Goldmine Junkie” or “Drum Machine,” and instead of becoming a stilted pissing contest, this collab album is the type that illuminates everyone involved.

Further crystallizing Big Grams’ chemistry is their communal sense of humor. The rapport among Big Boi, Barthel, and Carter is especially apparent when they are goofing off, quip-cracking about such captivating topics as band lap-dances and psychedelic drugs. Whatever the context, listening to Big Grams is an exercise in how music has the ability to overcome external circumstance. When done right, as it has been here, collaboration can escape the confines of its creators’ individual pasts. There is a dialogue of musical substance present on tracks like “Goldmine Junkie” or “Drum Machine,” and instead of becoming a stilted pissing contest, this collab album is the type that illuminates everyone involved. Speaking of dialogue, FLOOD has the ’gram portion of Big Grams on the line right now. It’s a labor of love and the sheets are drawn. Won’t you jump in? 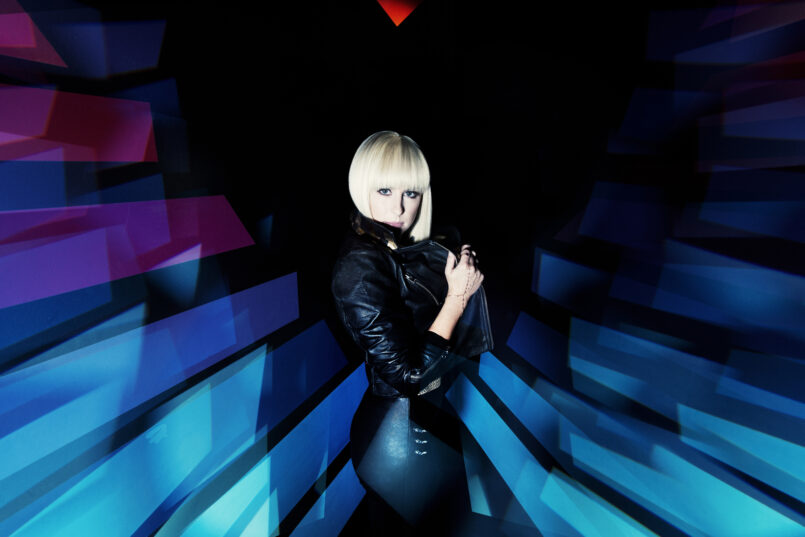 How did you all originally meet, and how did the Big Grams collaboration originate?

Sarah Barthel: We met each other a long time ago. Around 2012, 2011 maybe? We started collaborating with [Big Boi] on his last record—three songs off of his Vicious Lies and Dangerous Rumors. We wanted to keep moving forward, keep releasing things, so this was a good opportunity for us.

Josh Carter: It was something that we planned on doing, where it was talked about a long time ago that we would make a record, and fortunately, we all kept our word.

Sarah: Good, how are you?

Did you all work together in person much on this project, or did it involve lots of passing files back and forth?

Sarah: We did a lot of both. We went down to Atlanta and camped out for about a week a couple of times, and then Big came out to LA a few times, and then the rest was great because we could do it via e-mail, because we had other things to do as well. We were separated, so it worked great. It’s definitely more fun to be in the same room, though.

“We just wanted to put a bunch of music out that we might not necessarily put on our own records.” — Sarah Barthel

Big: It was pretty unorthodox. Sometimes, Josh would come up with a beat, or we might start saying something back and forth. He might make a joke, and that shit might turn into a line in a song. It was just the chemistry, just being in the same room and having music on that enabled us to pour all that creativity into one space. In LA, we had two rooms, and in Atlanta, we had two or three rooms, so once we got it going we’d go off into our separate spaces and just embellish on the ideas and come back and be like, “OK, this is what I got.” Start laying things down like that. 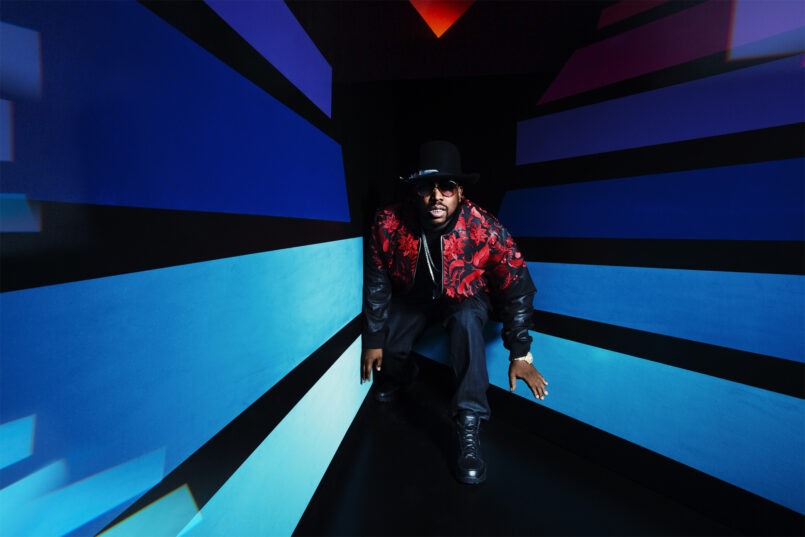 When you guys aren’t discussing music, what do you like to talk about?

Were there any strip club outings?

Big: Yeah, we had a couple. In Atlanta, we went to Diamonds [of Atlanta] on several occasions.

Is there an inherent sexuality wrapped into artistic collaboration?

Big: I think everything, to me, has got some sexuality to it, for the fact that the music is freaky. I like to make records that you can have fun to, you know what I’m saying? That’s what creates that vibe when you get somebody loose.

Sarah: Yeah, it’s, um…you have to take a bunch of mushrooms first, though. [All laugh.] Then you figure it out.

Big: It’s a good soundtrack to your life.

Do you find that you have challenged each other’s creative limits in a certain way?

Josh: A lot of the project was us pushing our boundaries as artists and getting out of our comfort zone, and doing something brand new for all of us. And that’s what made it so fun for me; it’s not a Big Boi record, it’s not a Phantogram record.

“I just don’t like my tax dollars going to create weapons and things that kill people, and babies, and innocent folks. Yeah. I’m a humanitarian, by the way.” — Big Boi

Sarah: It’s a Big Grams record, which is something completely different. We just wanted to put a bunch of music out that we might not necessarily put on our own records. You know, there are songs that I rap on, which I never thought that I would do, but it’s fucking fun and it sounded really cool when the end came out.

Big: Right. Break down the barriers.

If we manage to elect Big Grams for President in 2016, what will be its first order in office?

Big: That’s the only thing left to do, really. We have to think, we’re all on the same land mass, but if you go a couple of miles across state lines, you’d get fifty years for the same thing that you don’t get no time for if you were in Seattle or Los Angeles, which is kind of crazy. It’s not like we’re in different countries; this is the same country.

Big: Oh, yeah: eliminate the income tax. How about that? Because that income tax is really…there’s no need for that. I just don’t like my tax dollars going to create weapons and things that kill people, and babies, and innocent folks. Yeah. I’m a humanitarian, by the way. 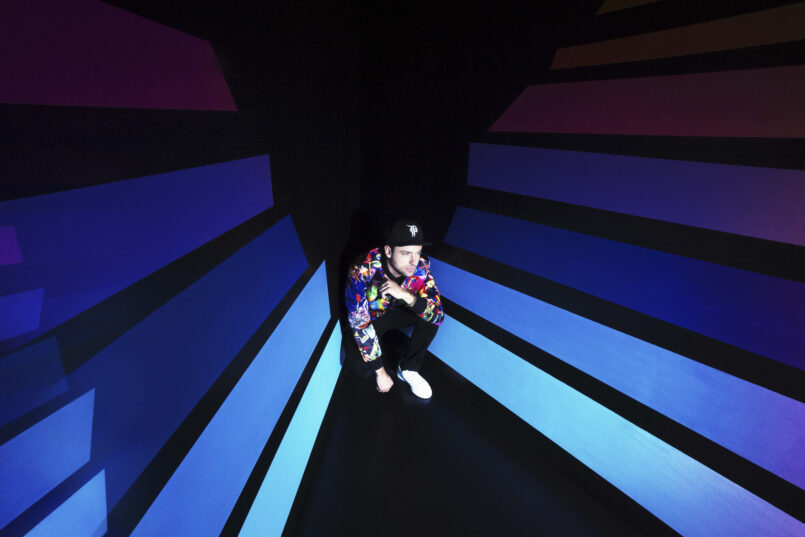 Was there a certain moment when you realized that Big Grams would be a successful collaboration?

Josh: I think that when Big had us come down to Stankonia, we really hit it off right away. When we started working on songs it just kind of clicked. I knew deep down that we were destined to make something really cool.

Big: In the studio when we were all working on Vicious Lies, we came up with the whole concept to do a record. People were really excited about the collaboration that we did. To see everything coming to fruition is amazing; it’s the brainchild of us just sitting in a room. And then now, the focus is done, the video’s done, people are excited and loving the songs, and it’s like fate. I feel good about it, man. These are two really cool people that I’ve been blessed to be put with, you know what I’m saying? And I think this is how things are supposed to be going right now. FL