Eat Like a Viking: A Weekend at Iceland Airwaves

Iceland sounds like an easy sell: who wouldn’t like an exotic arctic country inhabited by tall blond socialists? Yet when it…
Menu

Art & CultureEvents
Eat Like a Viking: A Weekend at Iceland Airwaves

Iceland sounds like an easy sell: who wouldn’t like an exotic arctic country inhabited by tall blond socialists? Yet when it…

Iceland sounds like an easy sell: who wouldn’t like an exotic arctic country inhabited by tall blond socialists? Yet when it comes to clicking “book now,” the majority tend to favor the more obvious destinations: the Caribbean with its 25 million annual visitors, or NYC, which easily tops 50M these days. Iceland, while it’s steadily growing in popularity, lures a little over a million visitors a year, with a few thousand of those making the trek for the yearly music festival Iceland Airwaves.

Now in its fifteenth year, Airwaves is a rollicking good time. It’s on a smaller plot than SXSW, it’s less populated than Coachella, and it brings together a couple of hundred bands over five days. Most of those groups are developing or are just-about-to-break contenders. Those who venture north are in for a great time, plus bragging rights at having survived the experience of eating whale meat on a dark, wet, volcanic rock for a week.

We went for the music but also the culture—what little we knew about it beforehand, anyway. Iceland is different from North America in ways most of us might not expect: for instance, the simple, long drive from the international airport to the capitol Reykjavik reveals a landscape as foreign as the moon, all volcanic rock and shrubbery. 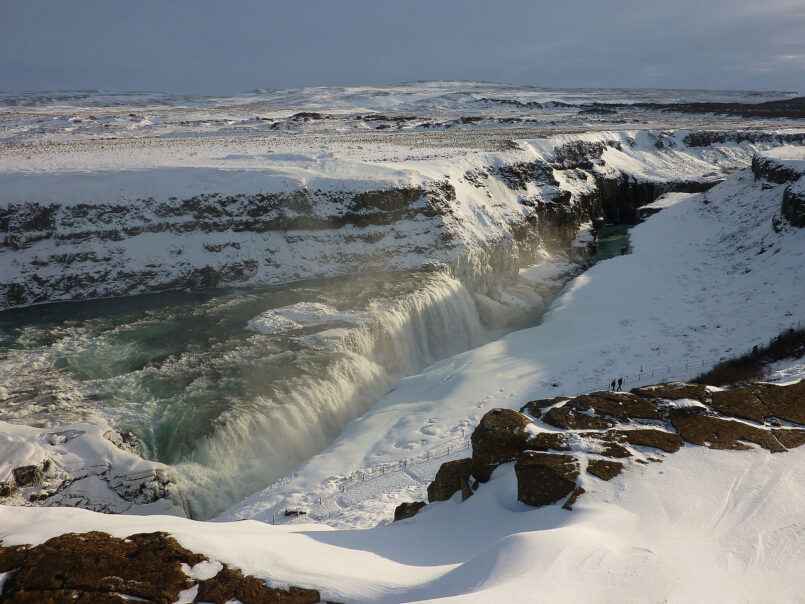 With a little over 300,000 residents, Iceland is essentially a small community, and thus it was no surprise when local musical luminaries Sigur Ros showed up at the screening of The Show of Shows, a documentary about the circus scored by the band’s Georg Holm and Orri Páll Dýrason. The loft party beforehand brought together a crew of Iceland’s creative elite, except no one would consider themselves elite in such a culture. Hors d’oeuvres included the ubiquitous creamed fish and Wasa-type crackers.

Later in the weekend, Björk called a press conference to protest a proposed construction project that would severely impact the local environment. It was received with interest, and was widely reported on in the North American media, but it was hardly the paparazzi fest you’d see stateside. Iceland doesn’t do drama. 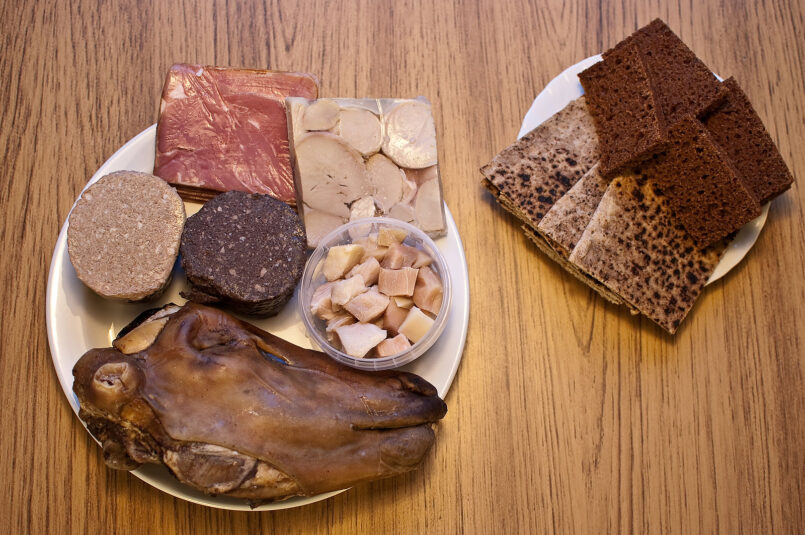 Brennivin, the local Aquavit-type liqueur, is an acquired taste, but not nearly so much as Iceland’s chief delicacy, hákarl. That’s raw rotting shark, which for some reason is eaten in small cubes and washed down with shots of said liqueur. The only reason to eat it is as an excuse for the subsequent booze it demands.

Don’t expect haute cuisine on every corner. Reykjavik is little more than a grown-up fishing village, and Icelanders seem happy to survive on a diet of fish and chips and whale burgers. But there are options for those ready to splurge on a fancy meal. Take Grillmarket, whose modern take on whale, puffin, and lobster soup (a thankful staple) rivals anything in a more typically cosmopolitan city.

Airwaves is all about the music, and is thus held indoors for the most part. But of course Iceland is also an outdoor wonderland. Geysers, geothermal spas, volcanos: they’re all here, including the amazing Gullfoss waterfall and the Secret Lagoon hot springs, which are certainly worth the hour-plus drive from the capitol to see. 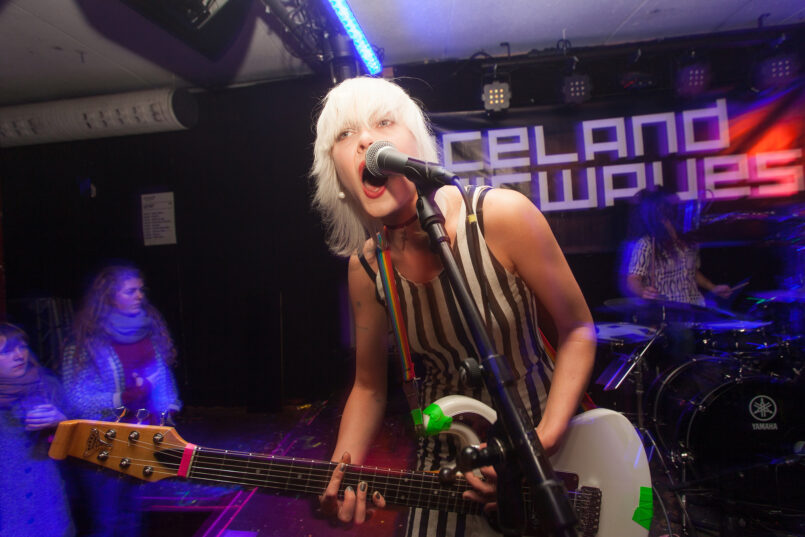 And finally there’s the music itself. Airwaves is great, and fifteen years in it’s more than found its stride in presenting a wonderful selection of new bands who go on on time (not that easy of a feat). We saw only a smattering, but shoutouts are called in order for American ex-pat and current part-time Iceland resident John Grant, who performed an amazing show with the Iceland Symphony Orchestra, and sexy girl group Dream Wife, whose members are a mix of Icelanders and Brits and who play self-described poolside pop—fabulous.

Compared to the typical American music festival, Iceland Airwaves delivers a cavalcade of new and exotic elements—just being in the land of the Vikings is a culture shock in itself—which makes for a thrilling backdrop to the great art that happens onstage. It’s going to take a year for us to be ready for another bite of hákarl, but we’re thinking positive thoughts. FL