The Outsider Art of Don Pendleton

Originally just a kid who liked doodling on notebooks and reading “Thrasher,” the award-winning artist has turned into a force to be reckoned with both inside and out of the skateboarding world—all from Dayton, Ohio.
Menu

Originally just a kid who liked doodling on notebooks and reading “Thrasher,” the award-winning artist has turned into a force to be reckoned with both inside and out of the skateboarding world—all from Dayton, Ohio.

all art and images courtesy of Don Pendleton

Artist Don Pendleton has been involved in skate culture since 1985, when, as a teenager in Ravenswood, West Virginia, he found himself drawn to the sport via the pages of Thrasher magazine. After high school, he enrolled at Marshall University and soon after launched a career as one of the dominant forces in skateboarding art—first with Alien Workshop and then Element, and since then as a freelance artist. His cubist-inspired work has appeared in collaboration with companies like Vans, Stance, Nike, and in a new clothing venture with Volcom. In 2015, he won a Grammy for his design work with Pearl Jam for the group’s album Lightning Bolt. Here, Pendleton speaks to FLOOD about his origins, influences, and refusal to be part of any scene. 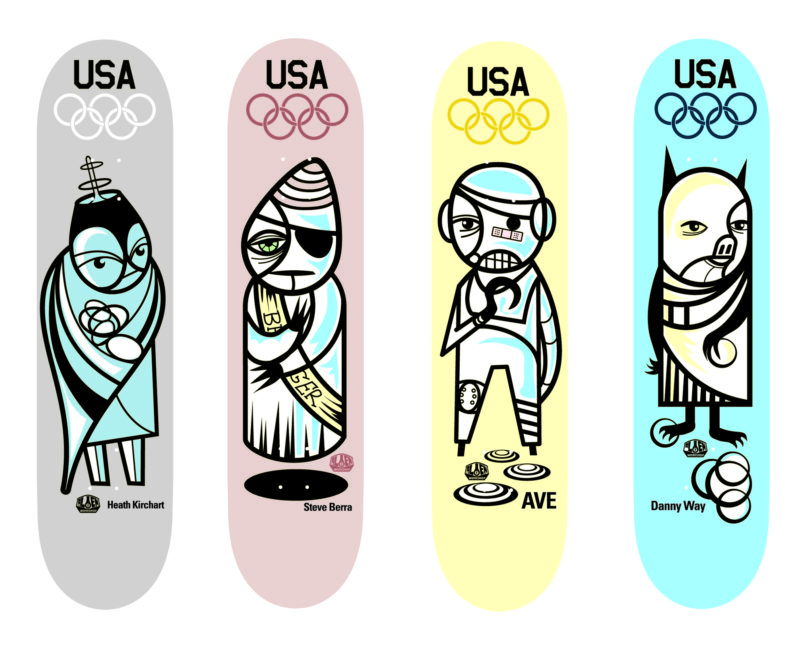 You described yourself initially as a skater first and an artist second. How did skating serve as a conduit into art for you?

Don Pendleton: I’d been exposed to classical paintings and that kind of thing, but skating was definitely the way I got into modern art. I was drawn to the graphics, the icons, and the logos—the stuff associated with the early skateboard companies.

You were skating at the time. Did you feel like those images served as graphic representations of the culture itself?

I grew up in a really small town in West Virginia, so when I was exposed to skateboarding, it was automatically associated with Southern California and bigger cities. What skateboarding represented to me was an escape from being in a small town and this connection to something bigger. 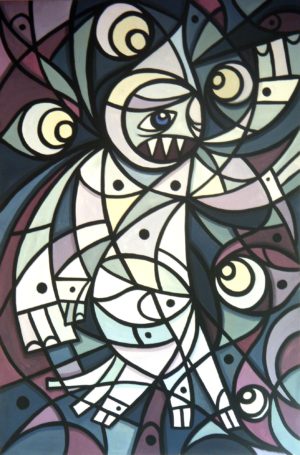 Was music a part of that as well?

Definitely. The first issue of Thrasher I ever got was probably in 1985. The way that magazine approached skateboarding was [as] a culture. They had punk rock articles, advertisements from bands like JFA, Big Boys, Black Flag—all the old SST stuff. It kind of all came together. Sometimes you’d see a logo for something, and me—being in the middle of nowhere—I didn’t know if it was a band or skateboard company or what. The lines were blurred by the way it was presented.

How did you start making art yourself?

I think it started out with just drawing on my notebook at school, trying to connect to all that stuff [I read about in Thrasher]. The first modern skateboard I ever had was a Vision Old Ghost Guardian, so I would draw that skull all over the place. We would make ramps and spray–paint G&S logos on them. Neil Blender was one of my favorite skaters at the time—and still is—and he did all his graphics himself. There was this connection between skateboarder and artist. It was all the same thing at the time.

There’s a DIY aesthetic in skating. Did that apply to art as well, the idea that you didn’t need qualifications or permission to engage in art?

Growing up in a small town, everybody played football or basketball and there were all these rules and regulations. Having an outlet like skateboarding, there’s no coaches or rules. During the mid– to late–’80s, doing your own thing was encouraged. The crappier something was, the better it was, in a lot of ways. It showed that it flew in the face of what everybody else was doing at the time. You explored your own ideas. 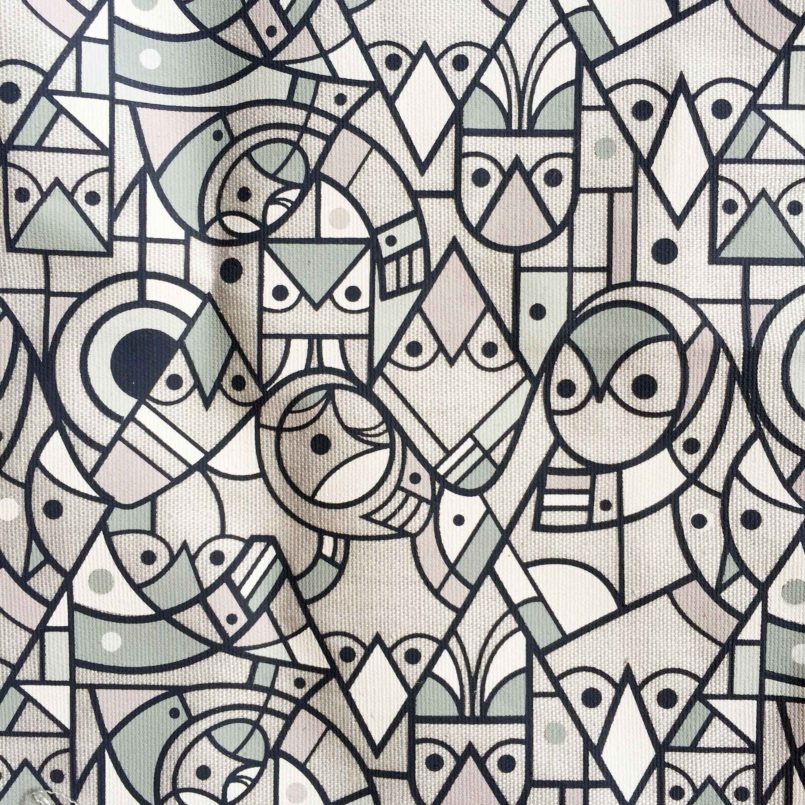 You moved to Dayton, Ohio, after art school. With your work having been appreciated in a lot of places, like Los Angeles and New York, what’s kept you in Dayton?

I just prefer the challenge of making a career in art from here rather than picking up and going somewhere else.

Conventional wisdom says you need to go to a big city to be successful, but it seems like that ties back into the freedom idea from skating—you’re free to do your own thing out there.

I know the Internet has kind of leveled the playing field in what people see, but that’s only if you’re looking for it. Where you live, that’s what you see; that’s what becomes a part of you. Being here [in Ohio], I kind of enjoy the fact that I don’t know a lot of things I should probably know as an artist. I’m not in any kind of scene. I’m just out here digging around. FL