Fully employed and only occasionally found underneath a bridge, the Internet troll to end all Internet trolls doesn’t mean any harm—but we should probably be taking him seriously all the same.
Menu

Fully employed and only occasionally found underneath a bridge, the Internet troll to end all Internet trolls doesn’t mean any harm—but we should probably be taking him seriously all the same.

BACKSTORY: A copywriter by day who shadows as a notorious and beloved Internet troll by night—but also by day sometimes, too
FROM: Pensacola, Florida, before ultimately ending up in Brooklyn
YOU MIGHT KNOW HIM FROM: Reddit, Twitter, or Facebook, where he’s developed a cult following
NOW: Being one of TIME’s most influential people on the Internet, much to the chagrin of the Jimmy Dean sausage company 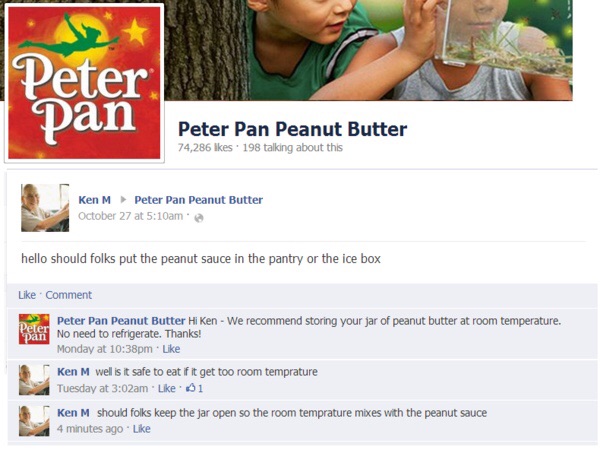 Do a quick Google search on Bing for “Internet troll,” and one of the things that you’re likely to find yourself reading about is a totally-not-over-the-top theory that such provocateurs are actually “psychos.” Usually nothing is quite as convincing as a sweeping medical diagnosis applied to a large group of people, but consider for a moment, if you will, the possibility that maybe, just maybe, every person joking around online hasn’t suddenly turned into Norman Bates. If you’re still following after that curveball, you might also be interested in the idea that online comment sections are actually the new home to a fascinating—and uniquely twenty-first century—form of comedy.

Enter one Ken M, arguably the world’s preeminent Internet troll—and without a doubt one of the funniest things to arrive on your computer since Windows Vista. For the past five years, Ken M, whose real name is…Ken M (Ken McCarthy, that is), has been using the various open forums of the web as a stage, expertly inserting very fake people into very real conversations, and drawing in an almost religious following in the process. Whether it’s by reaffirming the separation of “clerk and state” on Yahoo News, or by showing off his blessed grandson’s bread-wrapped ice cream sandwiches on the Applebee’s Facebook page, Ken M has tenderized the scruff belly of civility online by using our own stupidity against us. Share if you agree. 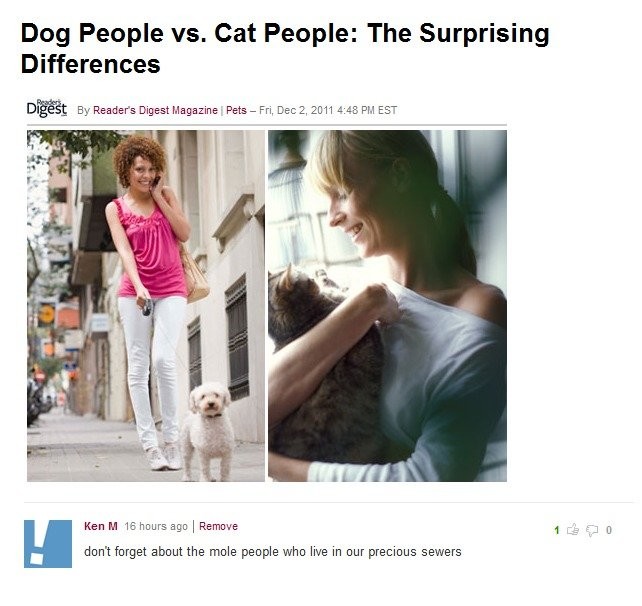 “It’s just my personal hobby, playground, obsession, call it what you will,” says McCarthy on the phone from Brooklyn, where he lives his non-psycho life as a copywriter for Comedy Central. “I always wanted this to be a playful exercise because I am really committed to my job—I love my work—and I actually really love the protocol of reporting to an editor and the breakneck speed of a [deadline]. I want this to be the opposite. It’s really just sort of me diving into a goofy pool.”

For the most part, the Ken M name is associated with the exploits of a well-meaning, technologically impaired grandfather (represented by McCarthy’s avatars), but there are plenty of other, oh, let’s say colorful characters in the Ken M universe, including a snooty liberal intellectual type (“sorry, but all meditation does is provide a peaceful release for your anxiety”), as well as a perpetually high-horsed conservative figure (“environmentalists would rather stop earthquakes than create jobs”).

“If I only stuck to the same voice,” McCarthy explains, “it would become creatively calcified. Though the perspectives I choose are always a surprise to me.” 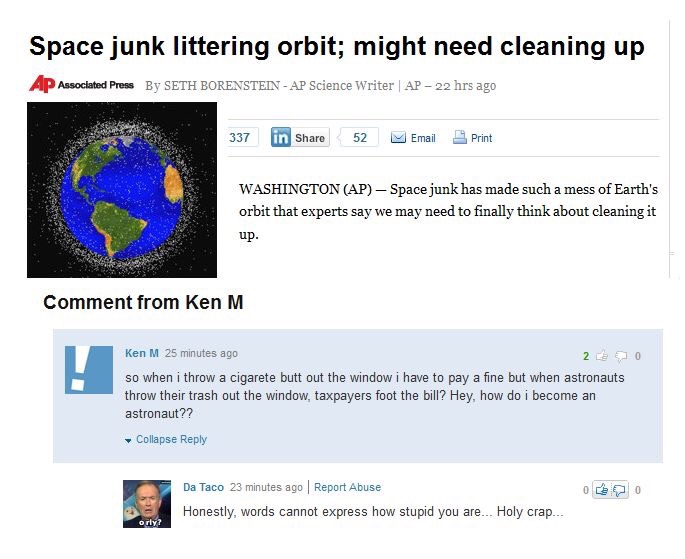 So what’s the through line connecting all these lovably inflammatory idiots? Well, really, it’s that they’re all just that—idiots—and that nothing rustles a mean person’s jimmies on the Internet quite like a simpleton: “The reason the Ken M characters are so innocent is to contrast with just how brutal and savage people are unnecessarily,” he says. “I just think that’s a really funny combination.”

Though he would laugh it off, McCarthy should be considered as a new breed of performance artist—like a digital Andy Kaufman. But instead of wrestling with women on television, he’s wrestling with corporate social media accounts.

“I have an arts background—I used to write a lot of hyper-sentimental, dark plays and musicals, and this is the first time I’ve ever done something that’s just balls-to-the-wall whimsical,” McCarthy reveals. “And I found it actually made me really happy to do that.” FL

This article appears in FLOOD 4. You can download or purchase the magazine here.