After their strong debut found them playing to passionate crowds, controversy over the Calgary band’s original name caused them to retreat and regroup. Now they’ve returned with a new name and a second debut record that might be darker—and more powerful—than the first.
Menu

After their strong debut found them playing to passionate crowds, controversy over the Calgary band’s original name caused them to retreat and regroup. Now they’ve returned with a new name and a second debut record that might be darker—and more powerful—than the first.

It’s not often that a band gets an opportunity at a fresh start. But there’s at least one sure-fire way to hit reset well after you’ve established yourself as a band, as Preoccupations discovered: change your name.

At the dawn of 2015, the Calgary-based band, then known as Viet Cong, were poised to have a breakthrough year, and by all accounts, they did. Yet after releasing their self-titled debut in January to widespread acclaim and sold-out live audiences throughout North America, backlash struck on account of unforeseen controversy surrounding their name. In March, less than two months after the first Viet Cong album was released, their show at Oberlin College’s Dionysus Disco was cancelled following outcry over their name, which references the National Liberation Front in Vietnam, a political and military organization that killed and tortured hundreds of thousands of Vietnamese citizens during the Vietnam War. The band received hate mail and were the subject of open letters critiquing them for being cavalier about using a name that carried such serious connotations. Yet the rest of the shows on the band’s tour were still selling out and drawing enthusiastic crowds.

“The scene on the outside of the venue and the scene on the inside of the venue [were] night and day,” says Preoccupations bassist/vocalist Matt Flegel on a phone call from “a shitty motel in Sacramento” a few hours before his band is set to open for post-rock heroes Explosions in the Sky. “We were playing sold-out rooms to people who [were] actually excited to see us play. But we’d show up to the venue and there would be people with picket signs. It’s a pretty weird situation to be in.”

Confronted with a strange mixture of acclaim and protest, Viet Cong were left in a precarious position that found them eager to shed the latter while maintaining the former. So at the beginning of 2016, Flegel, guitarist Scott “Monty” Munro, guitarist Daniel Christiansen, and drummer Mike Wallace rechristened themselves as Preoccupations, with another self-titled album officially marking a new era for the band.

From a musical standpoint, Preoccupations are much the same band that they were before deciding to make the transition. The new album continues along the same path as Viet Cong, juxtaposing pop hooks with eerie, gothic accents and a distorted yet danceable aesthetic. It’s a heavy album made accessible through many moments of melodic levity. Maintaining that progress from their previous album and being able to build upon something they had already created only made their pivot toward a new identity all the more delicate.

“We had decided we were gonna change the band name before we announced it,” says Munro. “There were a few protestors in Seattle and Portland—they were super nice guys. They were like, ‘We understand you don’t have a new band name yet and that it’s not an easy process.’ [And] they were…understanding about what it would take for us to do it. [But] I felt like there was a lot of pressure [in general] to do it right now. If we just picked a band name at random, [though]… I mean that’s what we did with the last one and it was obviously not a good one.”

“Writing is always a release, and it’s an avenue for you to kind of get through all these things.” — Matt Flegel

If the name Preoccupations carries with it certain connotations about a tormented state of mind or a sense of agitation or doubt, then the band succeeded in conveying the mood of their new music. The first song on the album is titled “Anxiety,” and its opening line is, “With a sense of uncertainty and unease / Second-guessing just about everything.” Indeed, Preoccupations reflects a year of personal chaos that has less to do with public perception than with what was going on behind the scenes. Last year was one of transition for the band in a couple ways. For starters, each member now lives in a different city, Flegel having relocated to Montreal, Wallace to Toronto, and Christiansen all the way over in Victoria, BC, while Munro at least keeps his possessions in Calgary, if not a permanent residence.

Additionally, several members ended long-term relationships, and that sense of melancholy feeds into the record. “Anxiety” begins on a particularly dark note, but its chorus is one of the most hypnotic and gorgeous of all the record’s nine songs. Similarly, Flegel imbues “Degraded” with a bleak point of view, singing, “We’re absolutely obsolete / Intolerant and overheating” over a pulsing, hook-laden rhythm that’s maybe the closest Preoccupations have come to a radio-ready hit. Munro says that actually trying to create a pop record was one of their primary goals, though Flegel admits with hindsight that he didn’t realize how dark his songwriting had become.

“At the time I don’t think I realized that,” Flegel says. “I had to write [out] the lyrics for a journalist a few weeks back, and I was like, ‘Oh yeah, this is totally about this break up.’ It’s pretty specific when I look back on the lyrics. I don’t think I realized that’s what I was doing. But I guess that writing is always a release, and it’s an avenue for you to kind of get through all these things.” 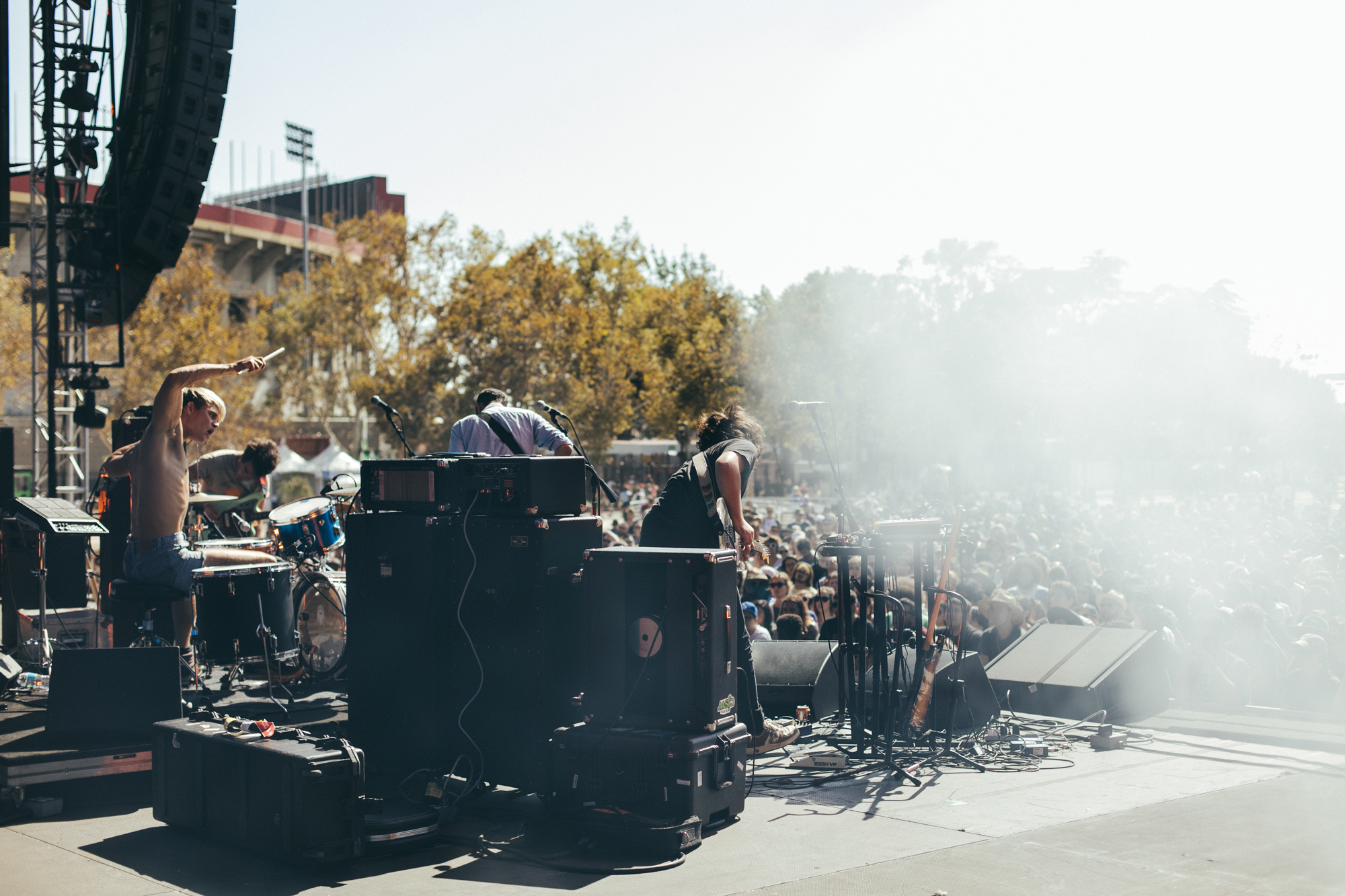 The songs on the album were written more than a year ago, which affords Flegel the rear-view perspective to describe his own songs as “heavy handed,” though the band’s own mutant version of pop songwriting ultimately makes his hopelessness seem less defeated and defeating. The members of Preoccupations are always looking ahead, constantly creating something new. As much as those wounds might sound fresh on record, they’ve since closed up—the band’s already moved on to the next thing.

“I think it’s a constant process,” Munro says. “When I’m at home, I’m just writing stuff and working on whatever. We’re kind of always [chipping] away at it. In some ways our process is kind of slow, but we throw away a lot of stuff. We had so many outtakes for that last record that we ditched for some reason, or else pretty mercilessly cannibalized.”

As Preoccupations’ debut under their new name—and second album overall—hits shelves, they’re being given the rare opportunity to reintroduce themselves to their audience. It’s not a radical reinvention, when you get right down to the details, but it feels a lot like a second chance.

“It does give you a clean slate in a way,” Flegel says. “You can kind of take advantage of that and explore some new avenues that maybe you wouldn’t have.”