Leonard Cohen, “You Want It Darker”

Rumors of Leonard Cohen’s desire for death have been greatly exaggerated.
Menu

Rumors of Leonard Cohen’s desire for death have been greatly exaggerated. 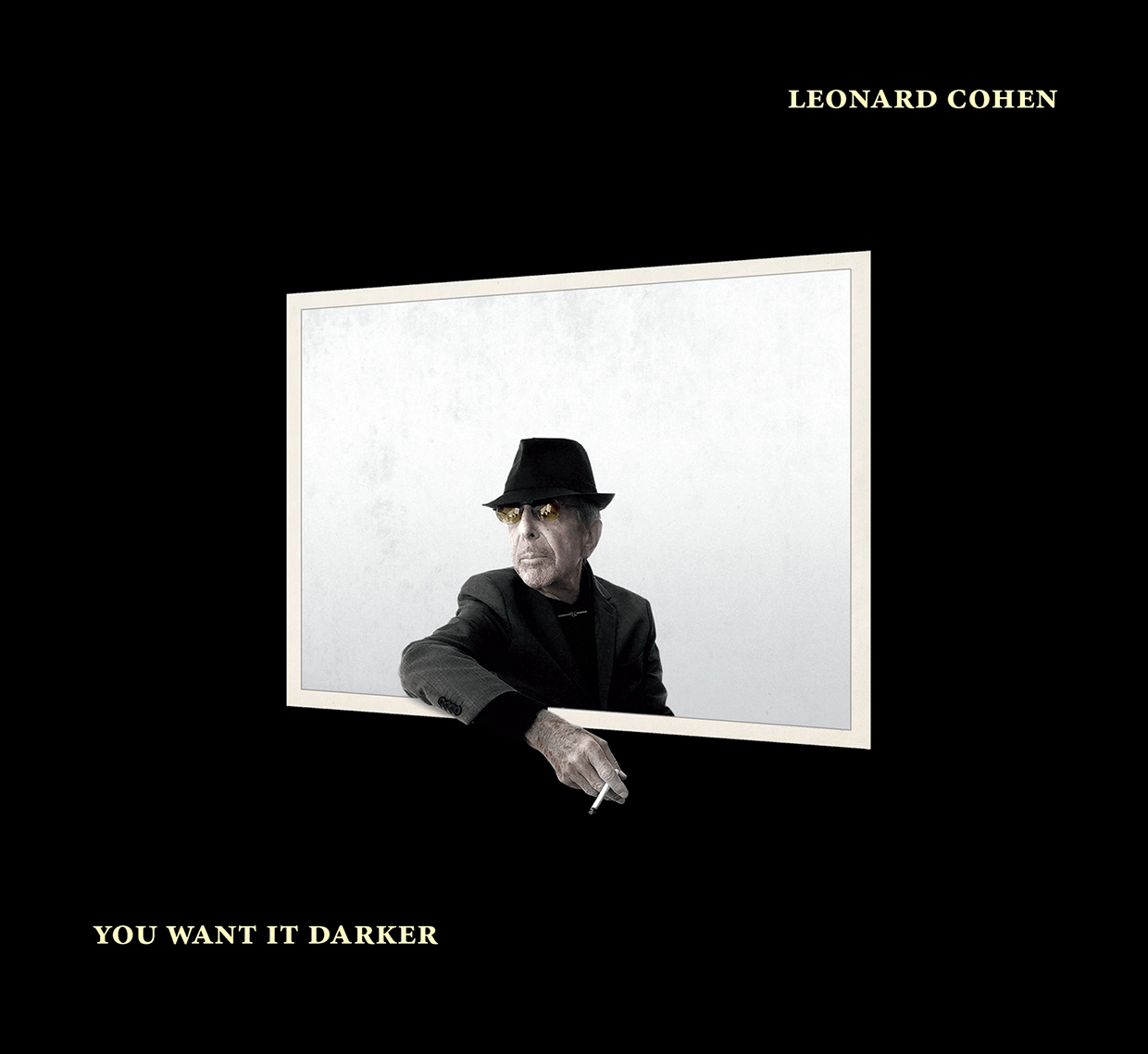 You Want It Darker
COLUMBIA/SONY
8/10

“You smiled at me like I was young,” sings Leonard Cohen toward the top of his new album, You Want It Darker. “You took my breath away.” Cohen has never exactly seemed young, and You Want It Darker is at least his third album in a row that feels consciously designed to be his last (though the man himself says he’s got at least two more he’d like to complete). It’s bent toward eschatology, shadowed by death, obsessed with endings. And he sounds tired, too, every song flying a flag of surrender. “I wish there was a treaty we could sign,” he sighs on one song. “I’m leaving the table,” he declares on another. “I’m out of the game.”

So why is it that You Want It Darker feels like the hippest, most vibrant Leonard Cohen album in ages? Maybe it’s because it’s the best sounding record he’s made in quite some time, thanks in part to the production work of his son, Adam Cohen. You can still hear the organ hum on “If I Didn’t Have Your Love,” and the title cut rides atop a steely Casio groove, but by and large the chintzy keyboard productions he’s favored for so long are gone here, replaced by acoustic guitar and piano, and, on “Steer Your Way,” a particularly eloquent string arrangement. The female soul singers who have carried his melodies since Ten New Songs are dialed back as well, though there’s a monastic choir that shows up here and there to add gravitas. Not that it’s needed: Cohen has rarely inhabited his songs with greater authority. He was confined to a stiff chair during the album’s recording, in pain from a back injury, and maybe the change in posture forced him to summon fire from deep in his belly; whatever the reason, his sonorous baritone is magnificent here, and the cracks in his voice are as telling as the details in the lyrics.

The songs themselves are—to paraphrase Flannery O’Connor—God-haunted, if not exactly God-centered. “You Want It Darker” uses the imagery of a suffering servant, central to Christianity but rooted in Judaism, and the very next song has water turning into wine (and then back again). There are betrayals and reconciliations between lovers who always come to the end of their journeys with deep scars and—in some cases—a sense of peace. Whether some of these lovers might be God himself is a perfectly reasonable question to raise, though Cohen’s lyrics are cagey and coy. “They ought to give my heart a medal for letting go of you / When I turned my back on the devil, I turned my back on the angel, too,” he sings, invoking his stint in an ascetic Buddhist monastery in a way that suggests regret over abandoning the sensual pleasures of this world. At eighty-two, maybe Cohen’s suddenly not so sure if Heaven’s everything it’s cracked up to be.

The record is only nine songs long, and one of those is a string reprise of an earlier tune, but You Want It Darker is as deep as it is compact. “It Seemed the Better Way” is ghostly and minimal, haunted by crumbling ideals: “Seemed the better way / When first I heard him speak / Now it’s much too late / To turn the other cheek.” “If I Didn’t Have Your Love” is a midnight lament rendered in disarmingly simple language. And “Steer Your Way” winds through the garden of good and evil like it’s a sister song to Dylan’s “Ain’t Talkin.’” Be careful, it seems to say. This world is full of goodness—but it’s getting darker all the time.