As he did throughout the tenure of The Weakerthans, Samson on his second solo record resolutely resists the tropes that so often plague singer/songwriters.
Menu

As he did throughout the tenure of The Weakerthans, Samson on his second solo record resolutely resists the tropes that so often plague singer/songwriters. 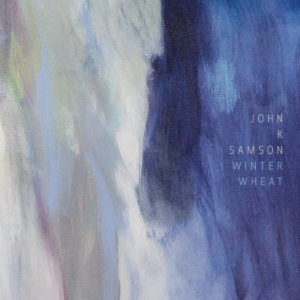 John K. Samson finds profundity in the smallest of moments.

The songs on Winter Wheat, his second solo album, center mostly on the mundane occurrences we often drift through without thinking much of. His characters drive rental cars and make PowerPoint presentations, pray in parking lots, and take out payday loans. At least twice on the LP, Samson presents characters in their underwear—almost completely revealed.

As he did throughout the tenure of his indie-rock band The Weakerthans, Samson resolutely resists the tropes that so often plague singer/songwriters. His songs aren’t dressed up in ole timey folk-isms or biblical language. “I don’t mean to miss the good old days / The good old days were mostly bad,” he sings on opening song “Select All Delete.” The blues and hardships presented here are firmly rooted in 2016. The sadness and dread of Winter Wheat comes with screens to stare at and Wi-Fi networks to connect to. Even on “Oldest Oak at Brookside,” which documents the history of his hometown of Winnipeg, Samson utilizes simple words, making the scenes feel intimate and personal. He sings—gently and with a deep tenderness that accompanies his sharp observations—about the real world, the one we know “is good enough,” as he puts it on the affecting title track, simply because “it has to be.”

Just as Samson’s lyrical scope is understated, so too is the sound of the album. Produced by Weakerthans co-founder Jason Tait and frequent writing partner Christine Fellows, the album basks in soft arrangements, filled with acoustic strums, gentle bass, electric guitar, clattering drums, and piano. Occasionally, Samson and Co. venture into heavier territory, as they do on the crunchy “Vampire Alberta Blues.”

While a number of the songs here nod to the work of Neil Young and were originally commissioned for the Winnipeg’s Contemporary Dancers’ production of the On the Beach–inspired For the Turnstiles, “Vampire Alberta Blues” most distinctly employs Young’s searing electric rock template. It’s not the only stylistic shakeup—“Quiz Night at Looky Lou’s” utilizes ambient textures and features hypnotic spoken word, “Postdoc Blues” recalls prime R.E.M.—but the overarching calm of the record is actually one of its strengths.

In a year that feels unbearably loud—full of the kinds of elections and unending wars that Samson sang about in The Weakerthans’ beautiful 2007 ballad “Sun in an Empty Room”—there’s something powerful about an album so steady, so willing to grow more resonant with each listen. “May it all seem plausible,” Samson sings on the bounding, joyful “Prayer for Ruby Elm.” “Wherever we land, may we grow.”