America lies in an anguished state of uncertainty as we enter the last few days before the election. But just because we don’t know the future doesn’t mean that the future is always unknowable. We now take solace in stories that begin at the end.
Menu

America lies in an anguished state of uncertainty as we enter the last few days before the election. But just because we don’t know the future doesn’t mean that the future is always unknowable. We now take solace in stories that begin at the end.

The election is next week, which means that we have a few more agonizing days to go before we find out if our country is going to transform into a malicious dunce state or remain a dysfunctionally dysfunctional democracy. I can’t wait! The greater of those two evils is hellish, and the suspense is killing me. But even a bad end becomes a bit less torturous when you know it’s coming and can steel yourself against it. It’s the surprise bad endings that really kill you. This list offers, in sum, an escape from our world, in which the future is forever unknown, into universes where we get to see what lies ahead—for better and for worse. 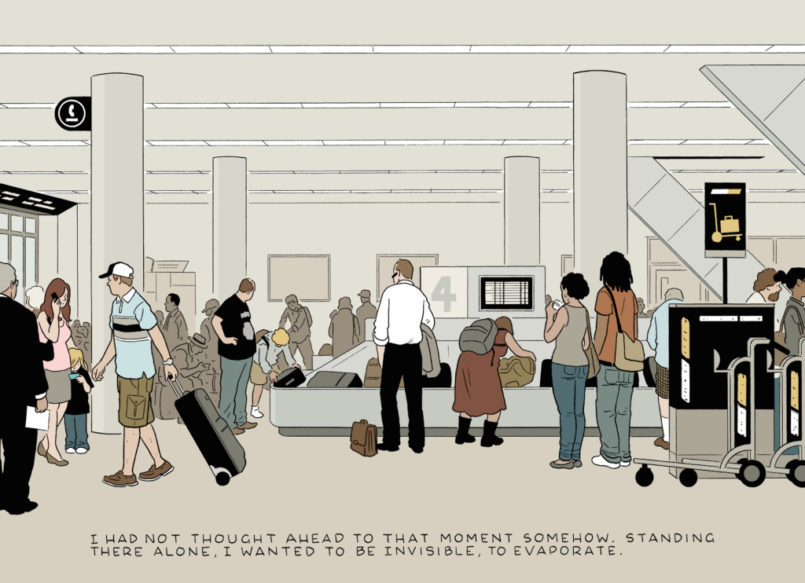 Killing and Dying is a collection of six short stories from cartoonist Adrian Tomine’s (whom you may know from his stunning New Yorker covers). Each of the six stories offers a reminder that short isn’t necessarily a means of evading depth: ellipses don’t mean that a writer can’t put a period on a sentence; and silence doesn’t mean that a writer doesn’t know what to say. Those criticisms of the short story endure, however, in the same way that photography still has to deal with the fact that it is not painting. To put that another way: these are stories that are short, not short stories.

They are also all about killing and dying, as the title suggests. The title story is, I think, the best thing I read last year. It is the story of a death in the family, and although the scope is modest, and the story is humble, it feels as grand as any tragedy, and operates on the same principle: that knowing someone’s fate in advance can make the pain of that fate more acute, not less.

This is the exemplary case for movies that begin at the end. And in a weird way, it’s not even much of a trick here. The main character shows up dead and ends up dead, with the only weird part is that he is narrating his story from beyond the grave. But Wilder isn’t coy about his set-up. He lets us know where he’s going because he wants us to squirm in that inevitability. And we do. And it’s still surprising at every turn, despite that early reveal.

The Matrix, directed by the Wachowskis

There are lots of books and movies that focus on the figure of “the one”—the savior who must first find himself before he can help his people. The Matrix, as a late entry in this tradition, doesn’t hide its cards very well (what on Earth are we watching this goddamn sandwich-eater for if he is not going to save the planet?), but that only adds to the pleasure of watching Neo’s growth and eventual enlistment into the fighting ranks, which culminates in one of the best and most influential action sequences of the 1990s. Neo is the one the same way that Keanu Reeves is a movie star: almost despite himself.

If you’re wondering what the American struggle for power looks like when it’s dressed up and ready for dinner, this is it. And if you want to know what the American struggle for power would look like after it has been shoved into an alley, handed a broom, and told to get ready for a knife fight, keep your eyes fixed on Rose Byrne in every single season premiere. Every year, Rose is plunked down in a rat-infested bag of trouble, and the plot twists don’t let up until the finale, the cliffhanger upon which a new season will begin. Things go from bad to worse to literally unbelievably bad, until the finale, when all that badness is washed away like so much sewage from the body of Andy Dusfresne, just outside of Shawshank. The show always ends where it began, but better. And we should all be so lucky. (PS: The first few seasons also include national treasure Ted Danson.) 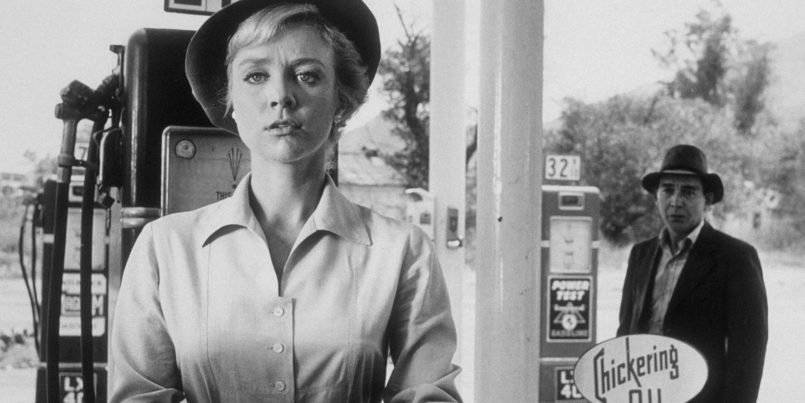 “Appointment in Samarra,” as retold by W. Somerset Maugham

I wouldn’t say that War and Peace takes 1,100 more pages to say the same thing, but I would say that this fable makes the same point in a paragraph. What point is that? Well, in five words: Whatever will be, will be.

Amadeus, directed by Milos Forman, based on the play by Peter Shaffer

Peter Shaffer’s stageplay cum screenplay is the great artwork on the theme of mediocrity (a.k.a. human existence), but it’s also that rarest of things: a biopic that manages to inform us about its subject without losing its edge. It achieves both of these things by virtue of the same tactic, or rather the same character: the rival composer Antonio Salieri. Salieri opens both the play and the film by confessing his guilt. He has killed Mozart, he says (an ahistorical claim in a play that is otherwise rich with historical context). We then get to consider why he might feel this way, why it matters, and what all of us non-geniuses are supposed to do in a universe that appears to dole out artistic gifts like golden tickets, rarely and arbitrarily. Mozart’s behavior and bearing injure Salieri profoundly, but those injuries make the ineffable beauty of Mozart’s music seem all the more sublime. If it were Mozart or his proxy telling you, “this aria really is quite innovative and beautiful,” then that would be a tame truth indeed, but in Salieri’s tortured voice, that truth is transformed back into beauty again.

In an interview about Braid with the A.V. Club, game designer Jonathan Blow said, “I used to write fiction…and I kind of knew what I was doing when writing, and then the question was just, ‘What do I write about now?’ And I couldn’t really find anything that I felt was important enough to write about. So I just kind of gave up.” Braid is what happened next. Tim is the main character in the game (“hero” would be too suggestive a term), and you, as Tim, are trying to rescue your beloved princess from a monster of some kind.

Gamers learn about Tim’s life and past by manipulating time—in one level time can be rewound; in another, time moves in the same direction as Tim moves; and in the final level, time flows in reverse, thus enabling you to see the end of the game before that ending unravels and you see that everything you had assumed up to that point has been utterly wrong. “Formal innovation” is a term that’s most typically applied to movies and books, but it certainly applies here. Suffice it to say that though it may be a game, it’s also a work of art.

Mad About You, created by Paul Reiser and Danny Jacobson

“True love” and “the one” and “fate” and “it was meant to be” are delusions. I hope that we will all one day be punished by a long-dormant Greek god for our hubris, for thinking that our sex lives deserved to be puppet-mastered by some hyperactive Cherub in the sky.

That said, Mad About You was not a bad television program. It asserted that Paul Reiser and Helen Hunt were possibly, I don’t know, maybe, decreed by some unstated deity to be THE COUPLE THAT COULD STAND THE TEST OF (PRIME)TIME. And yeah, they kind of were that, despite being lukewarm milquetoasts with a blind dog as well.