Oil City Lights: How Houston’s Day for Night is Putting the “Arts” in “Music and Arts Festival”

The Gulf Coast humidity means things often get melded in Houston, but one gathering is blurring the line between music festival and art installation in a new way.
Menu

Art & CultureEvents
Oil City Lights: How Houston’s Day for Night is Putting the “Arts” in “Music and Arts Festival”

The Gulf Coast humidity means things often get melded in Houston, but one gathering is blurring the line between music festival and art installation in a new way.

Since its inaugural edition last year, Day for Night has become one of the most talked-about festivals in the South.

Dedicated to the concept of exploring the “deep connections between light, technology, sound, and space,” this year’s event takes place December 17 and 18 at the decommissioned Barbara Jordan Post Office—which was designed by Morris Architects, the same team responsible for the Houston Astrodome—featuring a musical lineup that includes Aphex Twin, Run the Jewels, Blood Orange, The Jesus and Mary Chain, Butthole Surfers, and many more.

And while plenty of festivals nod to visual art components, Day for Night curator Alex Czetwertynski says the aim here is more immersive. Hand-selecting a lineup of computational artists, digital manipulators, and conceptualists like Björk, United Visual Artists, Golan Levin, Shoplifter, and Ezra Miller, Czetwertynski hopes to blur the boundaries between exhibit and performance space, between stage and installation. We spoke with the Belgium-born, internationally trained artist, filmmaker, and organizer about his curatorial process for Day for Night 2016. 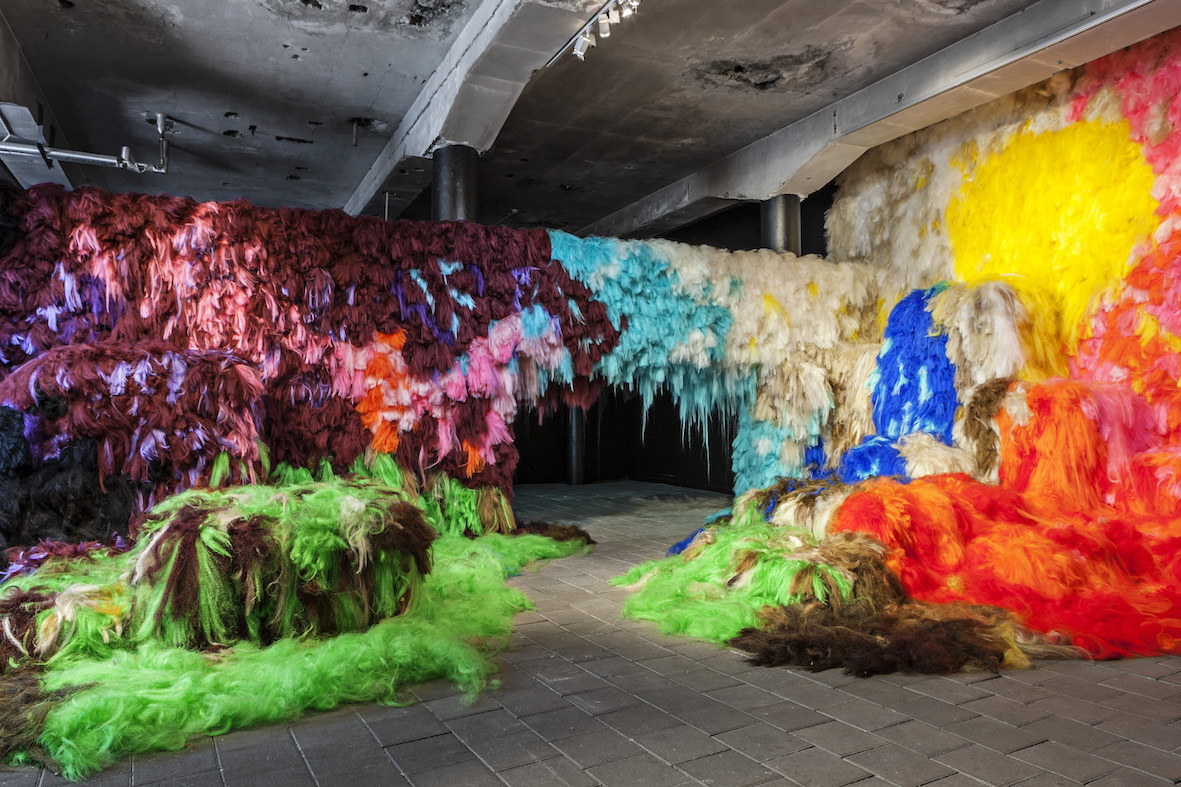 In your curatorial statement for last year’s Day for Night festival, you wrote that you wanted to advance art that was “out of focus, difficult to pinpoint, somewhere between categories, and thus completely contemporary.” Do you have a different goal this year?

This year is really a continuation of last year. We’re not changing the curatorial approach; we’re trying to up the game even more. Last year our headliners were Casey Reas and Zach Lieberman, who are two very well-known and respected computational artists who have both developed coding framework for artists and are very active in a community of code artists.

This year our headliners—Björk and United Visual Artists—are very different. They’re very well known. We’re trying to get these bigger names while continuing to elevate younger, lesser-known artists through the combination of all of this talent.

The festival this year takes place in the Barbara Jordan Post Office in Houston. What did you think when you first saw the building and what kind of possibilities did it present to you in terms of the festival’s aim?

The building blew my mind when I saw it for the first time. It’s extremely interesting as a post-war structure and I’m attracted to its history as a center for messages going around the world. Aside from that, the physical venue is so expansive and full of nooks and crannies, but it also has big open spaces with columns. It gives so much opportunity to put large-scale works on the same floor but far enough [away from one another] that they don’t dilute each other. There’s enough space around them to fully immerse yourself in one work, and then you walk a hundred feet to your right or left and you see another piece.

The musical lineup is wildly diverse. Is part of the attraction to the space the ability to have performers and artists in the kind of configuration that allows you to blur the line between installation and performance space?

The collaboration between musicians and artists is sort of our holy grail in the [ongoing] development of the festival. It’s something that will come naturally as the festival evolves. But in the choice of both artists and musicians, it’s always about finding people that are interested in exploring the connection between sound and light. The musicians that come are pretty visual and most of the artists have a sound component to their work. Right now the connection to sound and light comes from this double interest both sides have in this equation. 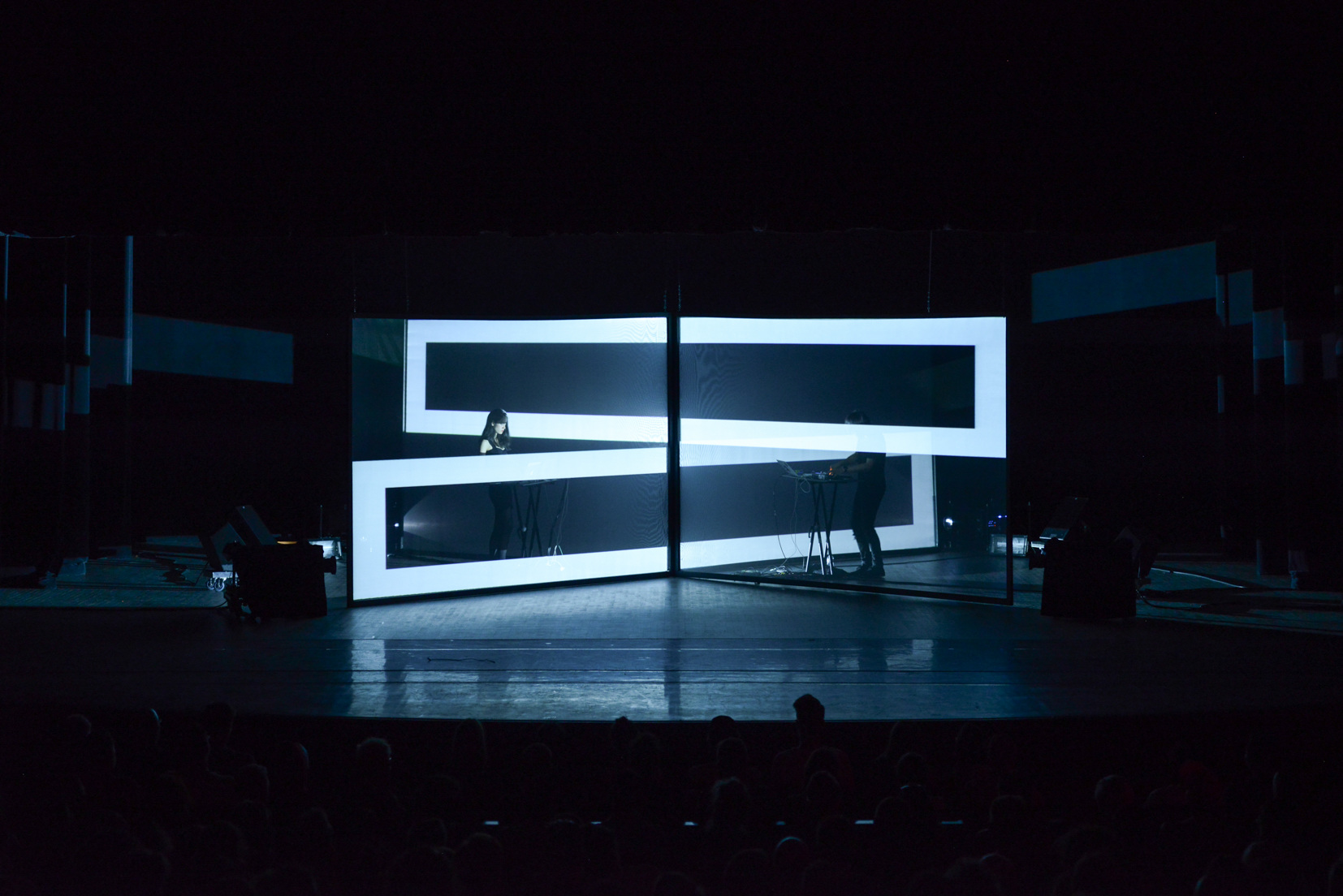 We do have some artists that are also performing musical acts. NONOTAK will be performing a concert inside their installation, [for instance]. The festival as a whole presents this crazy mash-up of sound and visuals, both on the stage and in the installations. You’re constantly having that dialogue between senses in all parts of the venue.

Is there a thread connecting the kind of art you bring to this festival?

All of these people are working in a similar field, which is using technology to create immersive artwork. The technologies they use are all quite different from one another. It’s not like we’re trying to get only artists who do generative computational art or only artists working with lighting fixtures. It’s a question that’s really been at the top of my head for some time now.

“Having mastery of light and being able to shape it and control it, give it different forms—that’s definitely something all these artists are working with in one way or another.”

There’s an emerging field of people who work with technology in art, and one way or another it involves a mastery of digital processes, but these processes are all applied in different ways. Some are designed to control lights, some are designed to control generative content, others are using interactivity as their main language. The thing that puts all of these people together is a very intangible common interest in working with light and technology in ways that are pushing the boundaries. It’s not like there’s a name for that; you couldn’t apply a category and say these are all impressionists. It doesn’t work like that, but they are all part of a movement to push what can be done. That’s something I’m interested in finding out: what would be a term for all these people together? But I don’t know that there necessarily is one.

So often those terms come up years later—they develop over time. But you seem to be describing a shared philosophy or spirit between the artists.

Exactly. For me one thing that unites all of them is “light.” Light is such a charged concept in human culture—it’s always been used to represent something spiritual, otherworldly. Having mastery of light and being able to shape it and control it, give it different forms, that’s definitely something all these artists are working with in one way or another.

How did you come in contact with Damien Echols of the West Memphis Three, who’s exhibiting at the festival?

I was introduced by the festival founder, Omar Afra. We talked a little bit about what Echols would want to do, and he was really interested in taking the art he does now, which is more traditionally in the sense that he does paintings and drawings, and he was interested in making a digital representation of them. We’ve been collaborating on an installation that is close to the spirit he does, but is outside his zone of comfort media wise. 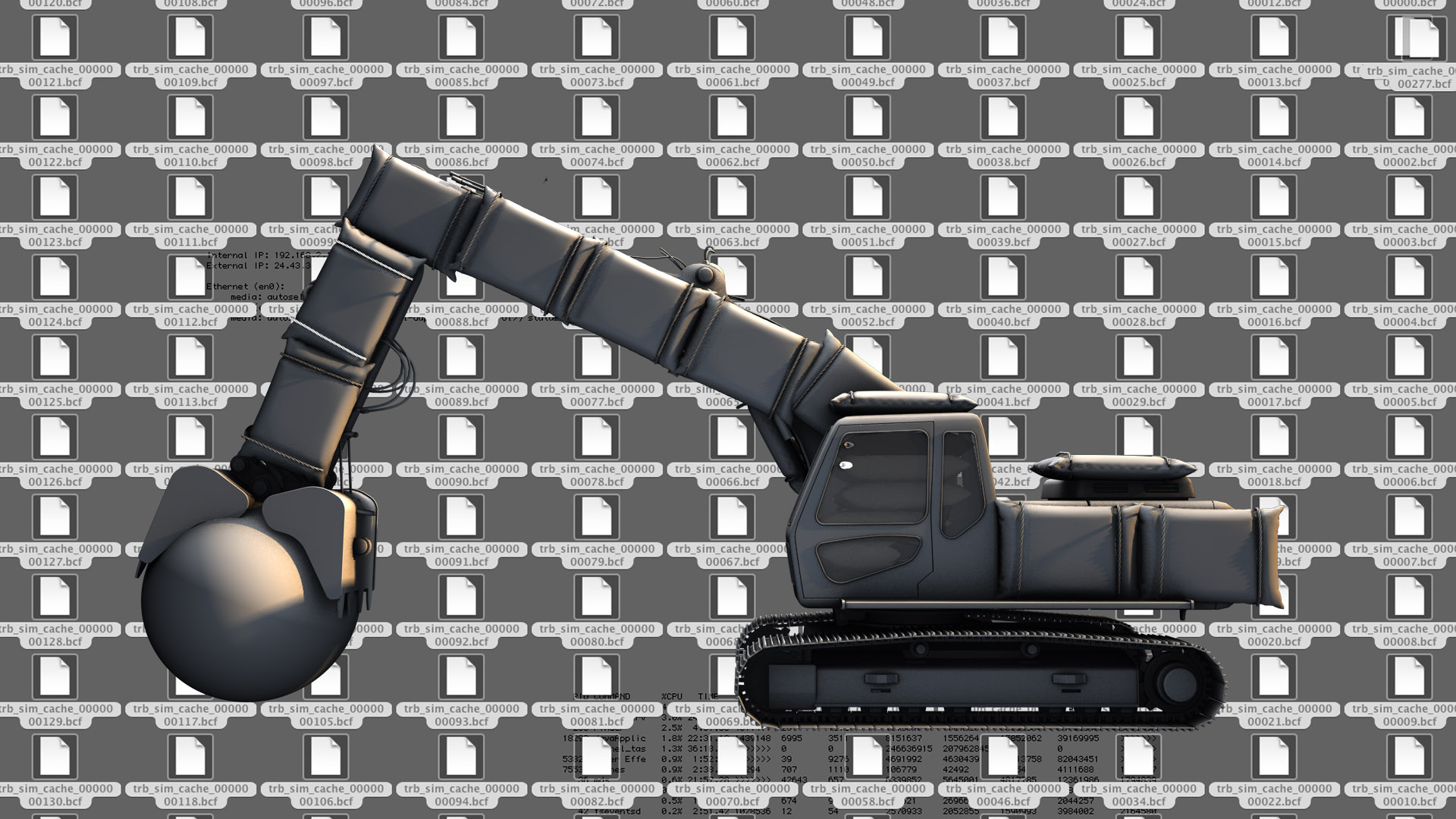 Can you tell me what you’re planning on bringing to the festival in terms of your own art?

My piece is called Blurware. It’s going to be an excavator covered in pillows [that video will be projected on]. The theme I’m exploring is intermediate spaces. One of the reasons I’ve called it “blurware” is because it’s a term between software and hardware. It’s the same thing as the state you could be in between being awake and asleep. What’s that thing that happens when those two things combine and it’s not clear what’s doing what?

What does Houston provide the festival?

Houston as a city has this combination of an art and technology aspect that’s interesting. NASA, Texas Instruments, HP—there’s definitely a technological history in Houston. But there’s also a very strong art presence because of the oil money; there are big art institutions like the Menil Foundation. The Houston Endowment for the Arts is one of the biggest in the country.

What’s super interesting about Houston, which I didn’t expect in any way, was the level of response we got from the audience that came to the festival last year. People didn’t necessarily know what they were going to step into. People maybe thought it was a typical music and arts festival, so they expected graffiti and sculpture but when they stepped in and saw what it was, they got really inspired and started doing their own artwork in this field. More and more, people are starting to see Day for Night as a Houston [thing], that the city is at the forefront of this new field of art. FL