Asghar Farhadi, Donald Trump, and the Art of Unintended Consequences

“The Salesman,” the latest film from the acclaimed director of “A Separation,” offers a timely portrait of people and places on the verge of collapse­—and an important reminder of the moral power of art.
Menu

“The Salesman,” the latest film from the acclaimed director of “A Separation,” offers a timely portrait of people and places on the verge of collapse­—and an important reminder of the moral power of art.

Iranian director Asghar Farhadi was in the news recently when it became apparent that Donald Trump’s shambolic, cowardly, and counter-productive not-a-ban ban would likely preclude Farhadi’s attendance at the Oscars, where his latest film has received a nomination for best foreign language film. Farhadi has since made a public statement about the executive order, and vowed that he would not participate in the awards ceremony even if the he were allowed to attend (which would seem to be the case after Judge Robart’s decision). That was obviously a personal, and moral decision; but that act of protest is not likely to hurt his chances, nor his bottom line.

Farhadi’s breakout film, A Separation, was also nominated for best foreign language film (which it won), and did pretty fantastic at the box office to boot. It was that rarest of things: an unassuming foreign-language drama that made real waves in the US. His bigger budget film, The Past (shot as an international co-production) also earned rave reviews, but barely managed to turn a profit. I can’t say how well The Salesman would have done in a world without this ban, but I do know that now its financial success is now all but guaranteed—and that was far from a sure thing at the outset.

This is not the first time, of course, that Trump’s actions have proved a boon to his enemies (real or imagined). Such diverse antagonists as Vanity Fair, the ACLU, the New York Times, and John Lewis (along with March co-author Andrew Aydin and illustrator Nate Powell) have all benefited financially from Trump’s vitriol. The lesson here seems to be that while no news may be bad news, a bad Trump tweet is better.

That’s not to say that it wouldn’t be better still to have a president who wasn’t so cavalier about denigrating the media, nonprofits, and legitimate American heroes (because of course that would be better), but it is a reminder that unintended consequences have a natural tendency toward the ironic. They await us like Furies even when we’re watchful. And when we’re not, watch out.

The Salesman begins—and continues, for the most part—in media res. The initial action opens with people scrambling to evacuate an apartment building in a state of apparently spontaneous collapse. That opening scene is typical of Farhadi in that it keeps us guessing without ever succumbing to total obfuscation. Farhadi shoots in a realist mode, and his actors act for him as though they’re not acting at all, which makes his movies seem, at times, almost like documentaries. Almost, except for Farhadi’s seemingly magical ability to elevate the routine concerns of daily life to the level of near-allegory. A crumbling building is no less than a crumbling world for the people in that building, and a pile of old belongings stashed in the closet of a new apartment is little better than a ghost.

So before we know it, we are on a desperate hunt for meaning. Everything we see is a potential clue, because the mystery itself is unknown to us. To be quite honest, I didn’t have a clear sense of what this film was about until its final act. The movie’s title and loudest thematic elements reference The Death of a Salesman—Arthur Miller’s play about fraying relationships and broken dreams—which Emad (Shahab Hosseini) is performing with himself as Willy Loman and his wife Rana (Taraneh Alidoosti) as Linda Loman. But most of the film’s action revolves around two apartments: first, the one that Emad and Rana had to evacuate, but which Emad still has access to (importantly), and second, the one where Emad and Rana now live, and which seems to be haunted by the presence of the previous tenant, a woman of ill repute whose non-physical presence is only known to us through rumors, a phone call, and piles and piles of old belongings. These are not good signs, and all of these bad omens finally find expression in the form of an assault on Rana after she gets out of the shower.

Farhadi sends us hunting for meaning in a way that few other filmmakers do.

The remainder of the film follows Emad as he attempts to determine what happened in the course of that assault (his wife is understandably eager to simply move on), who is guilty, and how to make that person pay. It is, in the end, a revenge film, but a revenge film without any onscreen violence, and a revenge film that only declares itself as such about ninety minutes into its run time. Prior to that, it might also be fairly described as a movie about a play, a fraying relationship, a traumatic assault, an apartment, the ghosts of the past, or a world on the brink.

Farhadi sends us hunting for meaning in a way that few other filmmakers do, because although he seems to offer us, unfiltered, everything that his endlessly curious camera can capture, he also consistently fails to give us the answers that we seek. We can’t see into the past and we can’t see what his characters refuse to disclose. We can’t, that is, until we can. And that’s the point. (I’d almost call it a game, but the stakes also seem too high, too human.)

The Dardennes brothers are often cited as Farhadi’s closest relatives in the world of film (and they’re not bad relatives to have, by any means), but they find their moral and aesthetic force by focusing relentlessly on a single problem: money, a job, a child, a bike. The characters within these worlds are of course quite complex, and the films do take on a fabulist quality, and leave viewers with plenty of unanswered/unanswerable questions. But if you go in to The Kid with a Bike expecting to see a naturalistic movie about a kid and a bike, you will not be disappointed. Someone like Lucrecia Martel (La Cienaga, The Holy Girl, The Headless Woman) seems closer to Farhadi: both make movies that are allergic to such simplicity. Everything has layers, nothing is just what it seems, and no verdict is final. 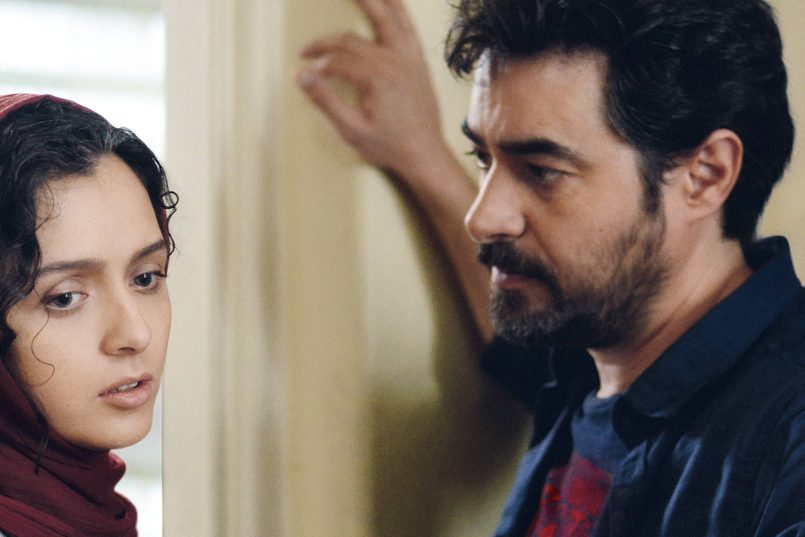 “Gripping” and “ambiguous” are two words that are not typically thought to go together, particularly in film, but I think that reflects a failure, on our part, to take uncertainty seriously. Farhadi and Martel both manage to take what their viewers don’t know (about what’s happening in a given scene, about who a given character is, about what a given movie is actually about) and convert that ignorance into a mystery that needs to be solved—thus making their viewers more engaged, more invested. I usually take notes when I go to review a movie, and that’s because I have a tendency to forget or neglect a lot of the things that don’t seem essential to whatever I imagine my review will be about; I left my notepad at home for The Salesman, because I was confident that such prejudices would not be a problem. I therefore remember it as vividly as I still remember La Cienaga, a film I saw only once, but carry like a childhood favorite: in my bones.

We see more when we aren’t quite sure what we’re looking for. And the more we assume we do know what it is that we seek, the more we blind ourselves to everything that is not that single thing alone. Farhadi’s movie doesn’t seek to make that point, but it’s an essential part of what makes his films so exceptional.

There is an abundance of ironies available to Trump’s critics at the moment, which leaves me at this point spoiled for choice—but in a way, that’s the whole problem. The Salesman is art, but it considers the actions of its characters as seriously as though they were human. Donald Trump is not art. His tweets affect stock valuations, his policies change lives, and his actions take place in the (increasingly sur-)real world. But he seems to take himself, his words, and his job less seriously than Farhadi takes his art. To put that another way, Farhadi makes a convincing case that if Donald Trump were more artful, he’d be a better human being. FL