Colter creates music that drones, builds, drifts, and crests, never following familiar emotional beats but instead allowing them to follow their own wild intuitions.
Menu

Colter creates music that drones, builds, drifts, and crests, never following familiar emotional beats but instead allowing them to follow their own wild intuitions. 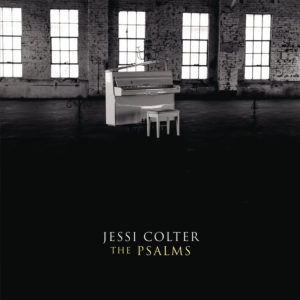 The Christian theologian John Calvin once called the Book of Psalms “an anatomy of all parts of the soul.” That’s something that’s easy to forget: Beyond whatever dogmatics or bald moralizing you associate with the prototypical Judeo-Christian songbook, Psalms is a collection of poetry that’s ravishing in its ragged heart and infinitely moving in its frayed humanity. It’s not just a book of praises, though there are plenty of them. It’s also a book of great sadness and lament. It’s filled with guilt-tripping and sad-sack introspection. At times, it’s all jittery with stress. At other points, the Psalmist literally tells his enemies to go to Hell. If that’s not universally relatable then I’d like to know what is.

Jessi Colter’s new collection, THE PSALMS—only the second studio album the country legend has released since the death of her husband Waylon Jennings in 2002—emphasizes the humanity in King David’s poetry, but it does so without going out of the way to downplay their transcendent qualities. After all, those are the two sides of the coin that make The Psalms impactful, how they’re borne of human ash and clay but content themselves to look above and beyond themselves for a sense of the sublime.

Colter captures that by framing her PSALMS almost as a spiritual cousin to Van Morrison’s Astral Weeks, where folk forms burst at the seams and familiar frameworks are erected only to have the heavy emotional contents spill over and out of them. All of these songs begun essentially as piano improvisations, and here—working with producer Lenny Kaye of the Patti Smith Band—Colter creates music that drones, builds, drifts, and crests, never following familiar emotional beats but instead allowing them to follow their own wild intuitions. These are full-band performances that feel at times like frenzied incantations.

The Psalms, of course, were made to be sung—that was always the point. English translations aren’t necessarily rhythmic or tuneful, and Colter doesn’t try to change that; the words just tumble out of her mouth, and out of her soul, raw and messy, primitive and howling. Sometimes they start at places of hurt, but they generally move into a posture of adoration, of faith that trembles and strains to believe. God is good, these songs tell us. He is a shepherd and a king. Sometimes I believe these things and sometimes I don’t; the Psalmist surely felt the same way. That’s why his songbook stands up in any kind of weather. Colter transforms it into a testament to the soul’s strange bluster—and to whatever sublime thing stands in the midst of it.