In addition to a cover story on “Silicon Valley”’s Thomas Middleditch, our latest print issue also features an extended celebration of the twenty-fifth anniversary of the Beastie Boys’ “Check Your Head.”
Menu

In addition to a cover story on “Silicon Valley”’s Thomas Middleditch, our latest print issue also features an extended celebration of the twenty-fifth anniversary of the Beastie Boys’ “Check Your Head.”

We’ve got news for you crews. After much mic-passing, FLOOD 6 is here, and it is a doozy. To give you the lowdown: one side of the issue is just like mom used to make, featuring a cover story on TV’s shakiest straight man, Thomas Middleditch, and on the other side we’ve gone longform for the first time, dedicating an entire half of the magazine to the Beastie Boys and the twenty-fifth anniversary of Check Your Head—including our cover story with Mike D. You can click here to buy your copy, here to read or download the Thomas Middleditch side, and here to read or download the Beastie Boys side. And if you’d like to be sent future digital issues of FLOOD, you can sign up for that here. 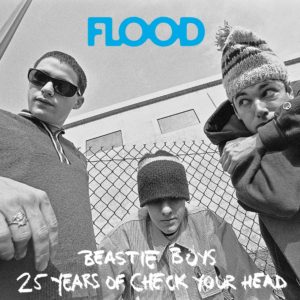 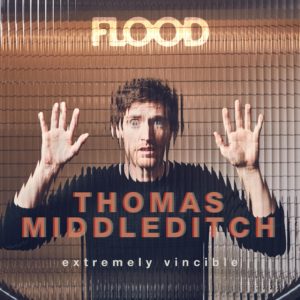 When we realized that Check Your Head was approaching its silver anniversary, it was clear that there was far too much to talk about in just one story. So we went big, taking a deep look at the making, impact, and legacy of the album from every angle we could think of. Across seventy-plus pages, we head all over the place—from here to Gardena, you might say.

There’s interview features with Mario C and Money Mark. There’s a conversation with legendary Check Your Head photographer Glen E. Friedman. There’s a revisiting of Ad-Rock’s early acting days, with John Doe of X as our guide. There’s director Evan Bernard on the greatest video hits Nathanial Hornblower. There’s a look at the off-kilter brilliance of the Beasties’ Grand Royal magazine. There’s an appreciation of X-Large Streetwear with its co-founder Eli Bonerz. There’s a Beasties’ Guide to LA. There’s an investigation of the music that inspired the record. There’s even wine pairings to go with a fresh listen of the album—which would go just as well with some pasta with pesto. Oh, and of course, there’s also our cover story, featuring an interview with Mike D himself.

But don’t get too caught up there: there’s a whole ’nother side of the issue, too. Thomas Middleditch of Silicon Valley is its cover star, and with asides and characters galore, he takes us through the inner workings of the show, his style, his friends, and the art of using comedy to beat bullies—be they in middle school or Twitter. Beyond that, we’ve also got a feature on Spoon and their return to Matador Records twenty years after they first split, a look at the reboot of Mystery Science Theater 3000 with creator Joel Hodgson and janitor Jonah Ray, Rharha Nembhard on the art and possibilities of Noirwave, and the premiere installment of Punk as Fuck with Damian Abraham, featuring Steve Albini and Don Bolles in conversation with the Fucked Up frontman at Roscoe’s.

As with every issue of FLOOD, we also have a top bartender share their favorite drinks—this time it’s Rob McHardy of Silencio, David Lynch’s otherworldly bar in the belly of Paris—as well as a series of Breaking stories on up-and-coming figures that we love; this time we covered garage-bluesman Benjamin Booker, art-rockers Chastity Belt, actor Demetrius Shipp Jr., author Kristen Radtke, and actress Amy Shiels.

If you find yourself at an Ace Hotel, you’re in luck: copies of FLOOD 6 are available in every room. Otherwise, click here and here to read or download either side, click here to buy a physical copy, and here to sign up to be sent future issues.