A Seat at the Table: “Master of None,” Parents, and Generational Difference

The best episodes of “Master of None”‘s second season aren’t the funniest, or the ones that leave you on the edge of your seat; they’re the ones that are brutally, undeniably, painstakingly real.
Menu

Film + TV
A Seat at the Table: “Master of None,” Parents, and Generational Difference

The best episodes of “Master of None”‘s second season aren’t the funniest, or the ones that leave you on the edge of your seat; they’re the ones that are brutally, undeniably, painstakingly real.

In the opening scene of the Master of None episode “Religion,” a younger version of the show’s protagonist, Dev, sits at the counter of a friend’s house with a plate of bacon in front of him. His family is Muslim and pork is strictly forbidden. But as soon as he takes a bite, his life is changed forever—eyes widened, he realizes the delicious flavor.

His mother, over the phone, is horrified to hear that her son has tasted and—even worse—enjoyed bacon. This is Dev’s first onscreen deviance from his family’s religion and, as the episode reveals, this first taste catalyzes a small rebellion; from then on, Dev seems to wonder whether he’s the devout Muslim his parents want him to be.

Part of what makes Aziz Ansari’s Master of None so intriguing is its diverse depiction of the young characters’ relationships and storylines. It avoids stereotypes and swerves around falling into age-old tropes. The characters navigate a twenty-first century New York City while managing the tricky terrain of identity, online dating, and burgeoning careers. 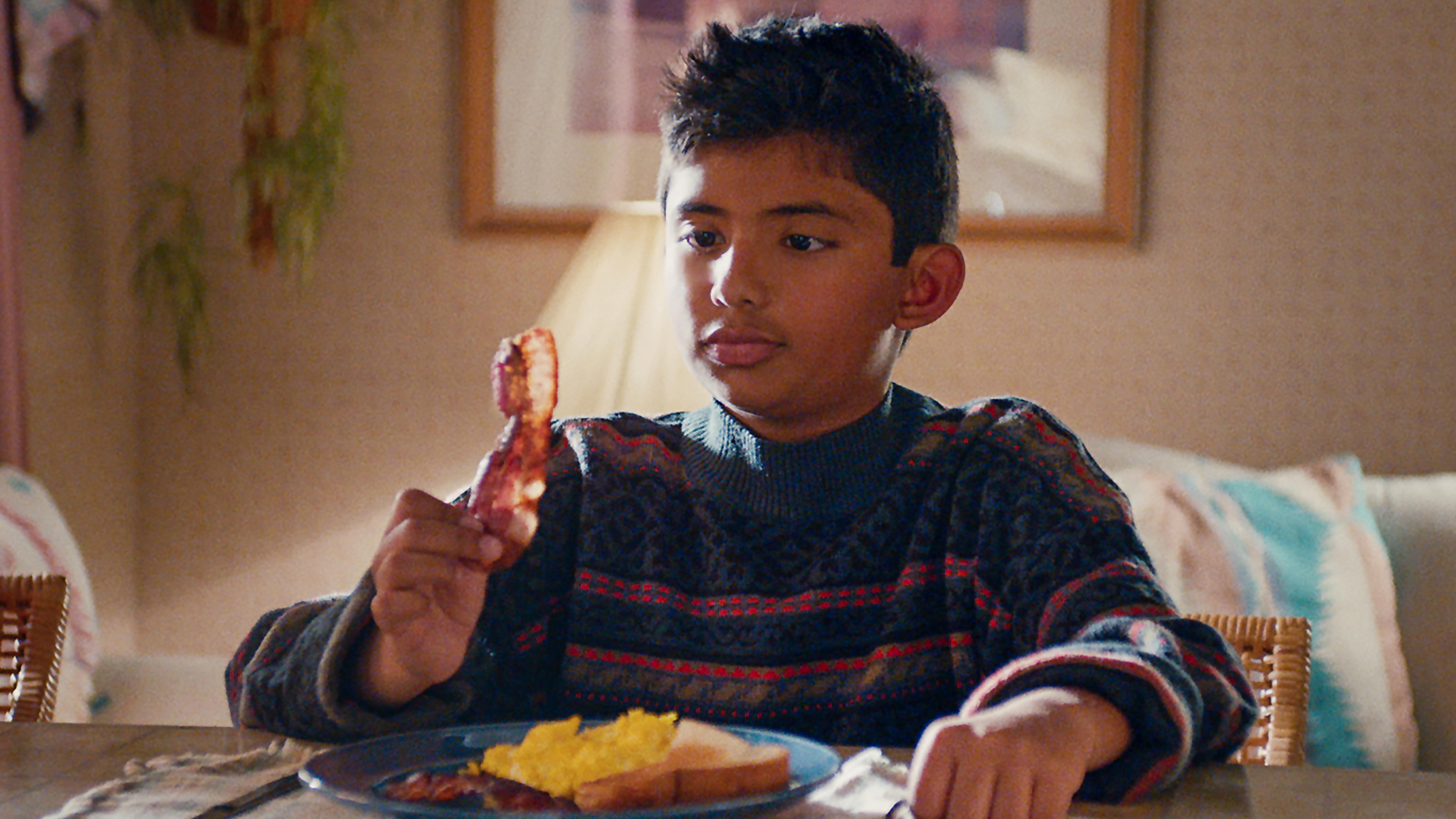 One of the most central aspects to the show, in both the first and second season, is the characters’ relationships with their parents. The scenes between the characters and their parents are often the most relatable; many of the young adults watching the show may have engaged in a nearly identical conversation with their own parents.

Master of None frequently explores the often tenuous realm of parent-child relationships, particularly when it comes to family tradition colliding with modern, progressive values. Two episodes stand out in the recently released second season: the aforementioned “Religion,” as well as “Thanksgiving,” which more closely focuses in on Dev’s friend Denise (Lena Waithe).

In “Thanksgiving,” Dev is more of an onlooker, as he provides a supporting role to Denise as she learns to understand her queer identity and experience. Similar to the “Religion” episode, the viewer gets a glimpse into Denise’s childhood. From the time they were young, Dev joined Denise’s family for Thanksgiving. The episode shows their side-by-side growth from toddlers, to pre-pubescence, to adolescence, and eventually adulthood. With each consecutive year, Denise becomes more comfortable with her sexuality. At first she refuses to even utter the word “lesbian,” instead replacing it with “Lebanese.” As the years pass, though, she both accepts and embraces her identity as a lesbian woman of color.

Both “Religion” and “Thanksgiving” culminate in an unavoidable confrontation. The characters are challenged with revealing a previously hidden—or simply unacknowledged—side of themselves to their parents. Dev, in front of his aghast parents and pious relatives, orders pork at a restaurant. Denise comes out to her mother—powerfully played by Angela Bassett—in a diner. 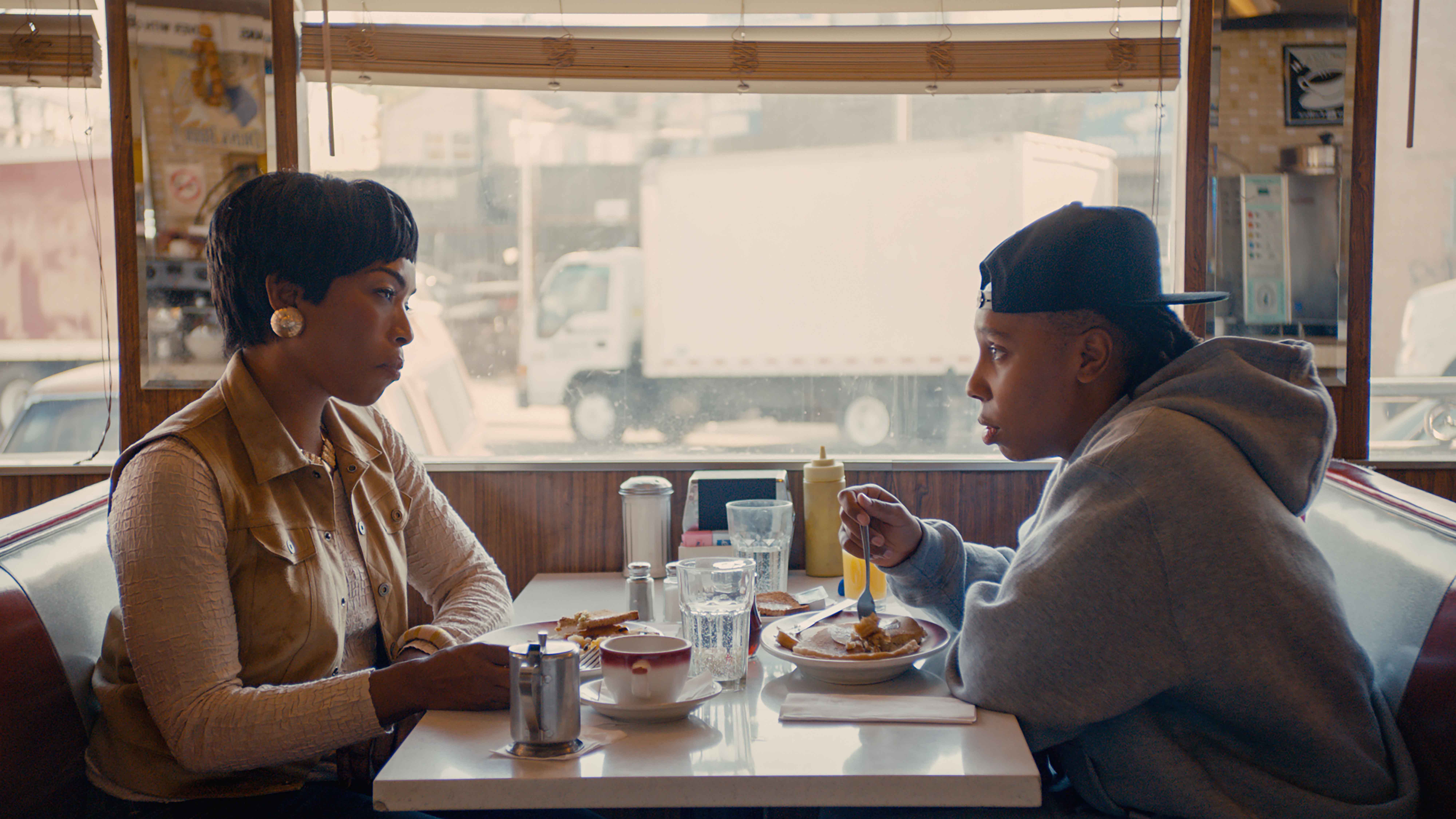 The anxiety of potentially disappointing or upsetting the parents is palpable in both scenes. Dev and Denise strive to impress their parents—they want to be accepted for who they truly are but cannot continue deceiving them to maintain a level of comfortability. Denise even expresses how, in her own experience, black parents see their children as “trophies”; when their child comes out as gay, the trophy is tarnished. And when the characters are eventually honest, there isn’t an immediate moment of unconditional love and acceptance. The parents certainly are not villainized, but their reactions aren’t ideal, either.

Dev’s mother refuses to speak to him for weeks. His father explains: “You see, our parents raised us to be good Muslims. When you went out to school, we gave you a Quran. I don’t think you were ready. When you act like this, we feel like we failed you.”

In Master of None, conflicts feel more relatable because the episodes dedicate weeks—if not years—before hinting at resolution.

Denise’s mother starts crying in the diner. “I don’t want life to be hard for you,” she says. “It is hard enough being a black woman in this world, now you want to add something else to it.” At a later Thanksgiving dinner, her mother and aunt cringe at any sign of affection between Denise and her girlfriend.

On television, conflicts are often immediately resolved; the plot quickly moves on to the next topic. In Master of None these conflicts feel more relatable because the episodes dedicate weeks—if not years in Denise’s case—before hinting at resolution. Dev and Denise’s experiences are more realistic in their complexities: it’s not all rainbows and loving family dinners and “I’ll love you no matter what”s. Instead it’s resentment and sarcasm and uncomfortable conversations, which, hopefully, eventually, lead to acceptance. 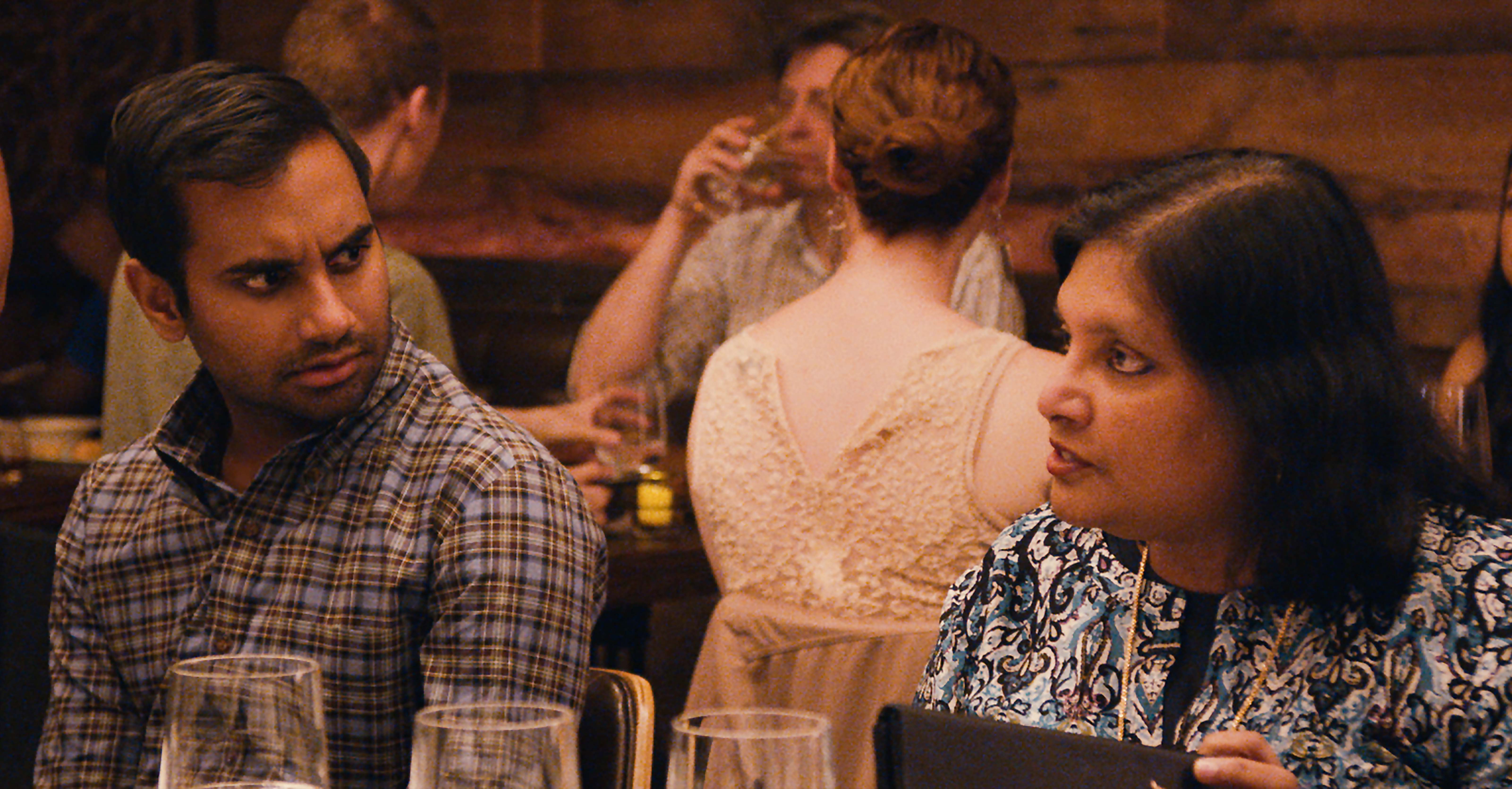 Aziz and Fatima Ansari in “Religion”

The best episodes of Master of None aren’t the funniest, or the ones that leave you on the edge of your seat; they’re the ones that are brutally, undeniably, painstakingly real.

Ansari’s show has perfected a balancing act very few even approach. The series has been simultaneously relevant, humorous, and confident in its honesty, all while celebrating a multicultural New York City. While a majority of the episodes focus on romance—or a lack thereof—these two episodes are a refreshing look at the relationships that are most important from the time we are born, to the time we leave our parents’ homes, to when we enter the world as our own people. FL