Seven years after “This is Happening,” James Murphy remains unparalleled at building slow-burn epics from all the fun bits of his record collection.
Menu

Seven years after “This is Happening,” James Murphy remains unparalleled at building slow-burn epics from all the fun bits of his record collection. 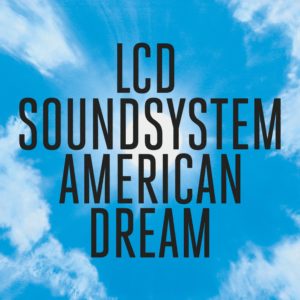 It was always only a matter of time before LCD Soundsystem’s on-again, off-again house party took a dark, hazy turn, officially crossing the threshold where their detachment and irony began registering not as caustically funny but as dour and a bit weary. American Dream is not just the first album they’ve cut since a retirement that didn’t quite take, but the first they’ve put out in Donald Trump’s America, where the album title—especially when backed with songs called “How Do You Sleep?” and “Call the Police”—can’t help but register as sarcasm, if not as flailing cries for help.

The music made by James Murphy and Co.—never exactly jubilant, though typically exhilarating—congeals into something rather joyless here, but that’s not to say disembodied. Murphy remains unparalleled at building slow-burn epics from all the fun bits of his record collection, composing through layering and addition, spending anywhere from five to twelve minutes on each track because their pleasure isn’t in hooks, but in how they build a full head of steam. So if it’s an unhappy dance record, a dance record it remains—albeit one with the odd effect of engaging the body in rhythms of dislocation and malaise, where the physical release seems necessary but doesn’t necessarily leave you feeling better about things.

Murphy’s songs mostly address politics through the smoke and mirrors of metaphor and mood-setting, though you don’t have to burrow too deep into any one of them to determine that the prognosis is dire, the barometer of national mood pretty grim. The title song finds America’s dream arriving at the end of a narcotic hangover. “Call the Police” sets the scene as an urban jungle: “Cause we don’t waste time with love / It’s just a push and a shove.” Meanwhile, in “Oh Baby,” the syrupy slow opening song, there’s a mention of dreaming, but the morose tone leaves little doubt it’ll be a dream deferred.

The synth-peppered single “Tonite” is the one that gives away the game plan, and not just because it’s the song where Murphy allows his inner curmudgeon to really run free. (Only a sad-sack, old-school record geek would lament “what remains of the airwaves” as wistfully as he does here.) It’s a song about time, and it makes the point that most other dance songs are, too: They’re attempts to bottle the joy of a moment we all know can never last.

“And life is finite,” the song says, “But shit, it feels like forever / It feels like forever.” That’s the perverse irony at the heart of American Dream, a dance record where the movement feels both obligatory and necessary, venting rage but never giving way to catharsis, sustaining a historic moment we might prefer to forget. It’s not what you’d call a party record—but then, can you really expect Murphy to party at a time like this?