“Concrete and Gold” tries its hardest to escape the inevitable, but still cements Foo Fighters in the past-their-prime phase.
Menu

“Concrete and Gold” tries its hardest to escape the inevitable, but still cements Foo Fighters in the past-their-prime phase. 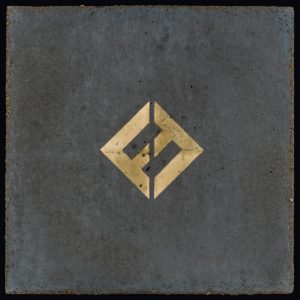 There can’t be many experiences more godlike than that of being a rock star performing a classic hit—tens of thousands singing every word of a chorus you once penned in your bedroom, reaching toward you from yards away as if your very touch would make them whole. All things considered, that setting must make it all the more heart-sinking when you play a lesser-known new song and see those same masses of people start looking at their phones and leaving to grab more beer. Concrete and Gold tries its hardest to escape the inevitable, but still cements Foo Fighters in the past-their-prime phase, where, although “My Hero” and “Everlong” will sell out stadiums until their final day, new material is just no longer exciting, and when performed, it feels like it’s more for the band than for the audience.

Foo Fighters have one of the most consistent hit lists of any group of their era, landing memorable singles as recently as “Walk” and “Rope” from 2011’s Wasting Light. But 2014’s Sonic Highways saw them at their least inspired ever, and while Concrete and Gold is an improvement, it has all the grating screams, simplistic lyrical content, and distortion pedal stomping without the songwriting savvy from Dave Grohl that usually justifies the horseplay.

The album begins with “T-Shirt,” in which Grohl softly sings a short poem that could be his entire artistic mantra over some acoustic guitar: “I don’t wanna be king / I just wanna sing a love song… I don’t wanna be queen / Just trying to keep my t-shirt clean.” That line gives way to full-band ambush. If the Foos think this whisper-to-yell, acoustic-to-overdrive transition is still shocking and exhilarating, I saw it coming from about nine albums away. Lead single “Run” follows with a chorus that would be touching if not for the shrill breakdowns in between sections, which are comprised of one-note, ad nauseum string bends and Grohl screaming in full metalcore mode.

The unexpected high point of the album is “Sunday Rain,” where drummer Taylor Hawkins gives such an impressive performance on lead vocals that he and Grohl may want to consider switching roles for an entire album. The kick drum rings with the sort of imperfect overtone that would normally never make it out of the Foos’ chrome recording process, adding a ruggedness that the album’s production needs badly. If only every song on Concrete and Gold was this much fun. “La Dee Da” verges on greatness, but it has the sort of exciting rhythm to which Grohl used to be able to attach an even better second hook.

Shamelessly heavy-handed as the record is, Grohl states at the beginning of the album that sophistication is not his aim. None of the Foo Fighters are scoring movies or learning to play the sitar in between albums, and if they don’t feel the need to explore beyond the classic garage methodology, why should they? When you picture the band in the studio, exchanging gummy grins and high-fiving, indifferent to how predictable or sophomoric these songs will be perceived, there is a rare virtue within it all: gut. Most musicians of Foo Fighters’ magnitude become fastidiously focused on greatness itself, ignoring their intuition and feel in the process, so that the final product is too cerebral and overwrought. The Foos’ collective gut has served them excellently in the past, yielding life-changing anthems, but as every great rock band eventually must face, that greatness is evidently behind them now.