Impending doom is a theme on “Virtue,” whose title invokes that which seems to be lost in today’s musical climate.
Menu

Impending doom is a theme on “Virtue,” whose title invokes that which seems to be lost in today’s musical climate. 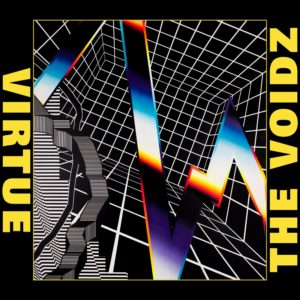 Julian Casablancas deals with far more disrespect than he deserves. Sure, First Impressions of Earth was a disappointment (with excellent singles, if I may), but if not for the runaway backlash that followed and seems to prevail to this day, the fourth and fifth Strokes albums might have been duly appreciated as the great records they are.

“Will have some new music for everyone to publicly judge soon,” Casablancas tweeted last year ahead of Virtue, the sophomore LP from his second band, The Voidz. Indeed, great pressure tends to fall on he who once revived the landscape of rock and roll; but if The Strokes represent a space with too much baggage for Casablancas, The Voidz is—ironically, given its often bleak subject matter—his happy place.

Dropping the post-apocalyptic aesthetic for a cleaner, more futuristic air, and solidified with album cover art by graffiti wizard Felipe Pantone, the music on this one is lighter and more accessible than The Voidz’s last album. Where songs from Tyranny relished in their chaos without a care for critics or commerce, Virtue plays more like The Strokes in a funhouse; in fact, opener “Leave it in My Dreams” is almost Strokes-identical, with its flowery guitar chords and romantic, andante hooks. Don’t let its familiarity fool you, though, because the subsequent tracks cover an extraordinary range of styles and domains, from the full-on speed metal of “We’re Where We Were” to the flavorful funk of “All Wordz Are Made Up.” “ALieNNatioN” boasts a groove for the ages, the crunching drums and spooky piano riff almost sure to be sampled for a hip-hop hit someday.

Though the tracklist is hefty, all fifteen songs are unique and cohesive at once; some soaked in synth, some rattling with Latin percussion, some even stripped-down, like the beautiful “Think Before You Drink,” where Casablancas belts his most sincere lyrics of the album: “Before the final slaughter, please stop and think / You can lead a horse to water, but you cannot make it drink.” Impending doom is an unmistakable theme on Virtue, whose very title invokes that which seems to be lost in today’s musical climate, sputtering like one of the final, dying coughs of rock and roll.

Even with its moving melodies and lyrics, avant-garde production elements, and exhilarating instrumental performances from the rest of the band, Virtue will probably see the same general fate as every other Casablancas effort of the past decade—adored by those who listen, and ignored by those who don’t.