Every generation needs its own soundtrack for kicking against the pricks, and Monáe delivers one here.
Menu

Every generation needs its own soundtrack for kicking against the pricks, and Monáe delivers one here. 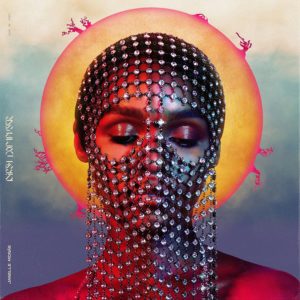 Janelle Monáe claims to have had Dirty Computer in her back pocket for a while now, its themes and aesthetics being kicked around since before the release of The ArchAndroid or The Electric Lady. That the record’s themes are so jarringly current—among them liberation and jubilee for women, people of color, and those who identify as queer; state-sanctioned oppression for nonconformists of all stripes; sex and songs as implements of resistance—is proof enough that our contemporary struggles are in fact written into our blood and borne throughout our shared history. Every generation needs its own soundtrack for kicking against the pricks, and Monáe delivers one here—easily the most pop-conversant, hook-laden, and propulsive music of her career.

And it’s appropriate, given the album’s concern with heavy themes that are contemporary but not at all new, that Monáe deftly balances modern tropes with classicist structures. She is joined, either in voice or in spirit, by elder statesmen—Brian Wilson lending harmonies to the sun-kissed title track, Stevie Wonder showing up for a spoken-word pep talk, and, most of all, the memory of Prince looming large over the record’s gleeful kink, its gender and racial fluidity, the way it packs big ideas into compact pop packages. And yet, it also feels very present, indulging in trap beats on “Crazy, Classic, Life” and synth minimalism on “Pynk.” It’s a record borrowed from rock- and R&B-oriented canons in equal measure, but ultimately views it all as a spectrum, boasting omnivorous and boundary-free genre fusions befitting the streaming age.

The record is big and colorful, its production drawing equally from hip-hop’s visceral impact and psychedelia’s strange weather, its pacing perfect and its songs casually bleeding into one another. It works so well as a big-picture record that it’s easy to forgive Monáe for leaving the edges a little fuzzy: The vaguely sci-fi concept of the album’s title, only fully explained in the accompanying “emotion picture,” feels like a thematic framework it doesn’t totally need, and it’s followed by a reading from the Declaration of Independence on “Crazy, Classic, Life,” a bit of political literalism that’s a little on-the-nose.

But maybe those strange juxtapositions are the price you pay for an album that’s ambitious and idea-rich enough to merge rap’s swagger with bratty punk on “Screwed,” an irresistibly lewd anthem of youthful rebellion; or to follow the coy innuendos of “Pynk” with the crisp, dry funk and casual profanity of “Make Me Feel,” the two songs amounting to a whole album’s worth of lust and libido. There’s dread and defiance in equal measure here, admissions of vulnerability followed by anthems of individuality and freedom. With “Americans,” she ends on a raver, just as Prince might have taught her—but with its pledge of allegiance to an America that accepts her on her own terms, the song feels entirely like Monáe’s dream.