“Beyondless” dwells in the moments when attraction and repulsion are equally felt.
Menu

“Beyondless” dwells in the moments when attraction and repulsion are equally felt. 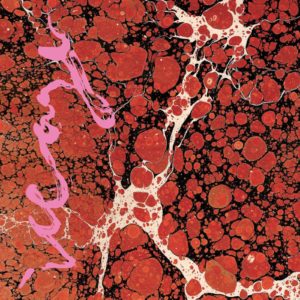 Throughout their career, Iceage have sought to strike a balance between the tension expressed in their post-punk instrumentation and the tortured grandiosity of vocalist Elias Bender Rønnenfelt. In this push and pull, they’ve found a distinctive voice, accessing new territories on each album. Beyondless, the title of their fourth and most recent, sums up these ambitions quite nicely; but to new listeners, it might wrongly connote experimentation and expansion for its own sake. At its heart, the Iceage project is not so much about overstepping boundaries as it is about honoring creative instincts, which they do reflexively, eschewing expectations by design. It’s a method that allowed the claustrophobic commiserations of “On My Fingers” to abut the raucous, joyous cow-punk of “The Lord’s Favorite” on 2014’s Plowing into the Field of Love.

To offer so many facets in such order takes confidence, but Iceage consistently stick the landing. The band has made hay of this scattershot approach long enough to prove that it’s a feature, not a bug. The stylistic whiplash that they purvey is part of an aesthetic putting them slowly but surely in the company of swaggering fusionists like The Replacements and Guided by Voices.

No matter what form the tension of Iceage takes, it always manages to hint at violence in the offing. If the jagged edge of You’re Nothing—their Matador debut—was a razor blade glistening in moonlight, Beyondless is an army on the march in broad daylight. The horns they dabbled with on Plowing into the Field of Love are fully implemented this time, and to great effect—another weapon in the arsenal. As always, much of Iceage’s charm rests on Rønnenfelt’s vocal delivery, which is consistently tinged with melancholy, regardless of whether he is extolling dogged exhaustion or tireless hope. He finds new momentum, especially, on “Pain Killer,” a surging duet with Sky Ferreira.

Beyondless traffics in demarcation of the margins, personal and political. Specifically, it dwells in the moments when attraction and repulsion are equally felt. “If you want to listen, hear the wind through my willows / If you want to cry, then cry at my feet / But if you think I am that pillar which you needed / Believe me dearest, it ain’t me,” Rønnenfelt sings on the album’s title track. Iceage strive for epic sweep, without losing all the conflicts inherent in fragile humanity.