While the album feels appropriate for relaxed, sun-kissed porch listening, it is by no means lazy.
Menu

While the album feels appropriate for relaxed, sun-kissed porch listening, it is by no means lazy. 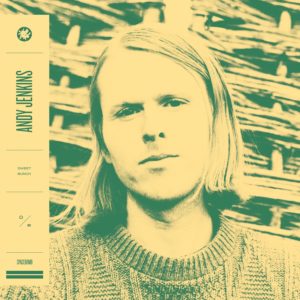 Richmond’s Andy Jenkins counts Matthew E. White as one of his oldest friends and collaborators, so it’s only natural that Jenkins’ first LP, Sweet Bunch, would be released on White’s label, Spacebomb. But that’s also a major stamp of approval, and the album rises to the occasion; it’s as lush as the Virginia landscape where it was born and raised. Those surroundings are expressed beautifully on opening track “Hazel Woods” and in the chorus of “Get Together”: “When the sun hits the river, when the sun hits the buildings, like flowers in your yard, I’m here.”

But while the album feels appropriate for relaxed, sun-kissed porch listening, it is by no means lazy. Recorded live over three days, the result is one of the tightest jam sessions you’ve ever heard. White’s distinctive voice kicks off the title track—which feels more than a little inspired by George Harrison’s “Wah Wah”—proclaiming, “Hey hey, look at us,” the sweet bunch of the title. And they are: in addition to a full band, a choir sings on nearly every song. Combine that with Jenkins’ own warm vocals and the fact that these musicians have been playing together for years, and it’s no surprise the album gives off such an inviting, singalong vibe. Still, every second feels thoughtful, with sharply written lyrics that are sometimes darker than the music suggests. The band is having fun, but they’re not goofing off.

By the end of the album, Jenkins has more than earned the closing track, “Song for Me.” Backed by the choir, he implores, “Song for me, sing it loudly / That song for me, sing for me.” With a bunch of songs as sweet as these, Jenkins’ request is easily fulfilled.