You’re Alone, But You’re Not: Falling, and Getting Back Up, with Andrew W.K.

You’re Alone, But You’re Not: Falling, and Getting Back Up, with Andrew W.K.

On the particular morning of Wednesday, March 7, 2018, Andrew W.K. could not perform. The occasion was meant to be a solo piano live session of a classical arrangement and two original pieces off his new record, You’re Not Alone. Two camera operators, an audio engineer, several FLOOD staff, and the mother/son owners of the Kasimoff Bluthner Piano Company operated, watched, and waited as W.K. started and stopped his way through more than a dozen takes.

At first, he performed truly dextrous and complex Bach compositions, but would falter before reaching the pieces’ ends. Renditions of his original songs included fewer technical mistakes, but it was clear that his confidence was weakening. His sunglasses may have hidden his eyes, but they failed to conceal their downward direction. He sat on the narrow leather bench, faced by cameras, surrounded by a collection of some of the world’s finest instruments—once friendly; no longer friends.

As one of the onlookers to this situation—nightmarish for any performer, especially one as pedestaled as Andrew W.K.—I was given the freedom to recap the incident with candor by Andrew himself. His words are transcribed below:

[Clears throat] My name is Andrew W.K. What has just happened here today is that I was given the opportunity to come and play a beautiful piano and perform some pieces. Now, that’s something I’ve done in different capacities many times throughout my career, but it’s never gone quite like this. I’m on the verge… It’s a combination… I messed up a lot. Let’s just say that.

So on one hand, I want to cry, and on the other hand I want to slam my head through a brick wall, or maybe a plate glass window ’cause that might actually cause more injury, what with the lacerations to the face. And then I also want to just try and do a good job. But none of these things are really options at this point. So all I’m left being able to do is to try using a radical imaginative process to somehow interpret what just happened in a positive way—which, at this point, feels like the most difficult thing of all.

I thought maybe this would be an opportunity to talk about this kind of experience, because it is not often highlighted—it is usually avoided. Edited out. When there’s a mistake, you stop and start again and try to get a fresh take. People do not highlight these moments. For me, the way out of the nightmare of what’s just gone down is to go deeper in. Now, I’m not even happy with how I’m speaking to you, stumbling over my words a bit. I have a canker sore on my tongue. That is no excuse, but it doesn’t help matters. [Stands. Drinks water. Sits back down.] Alright, thanks for letting me say that. 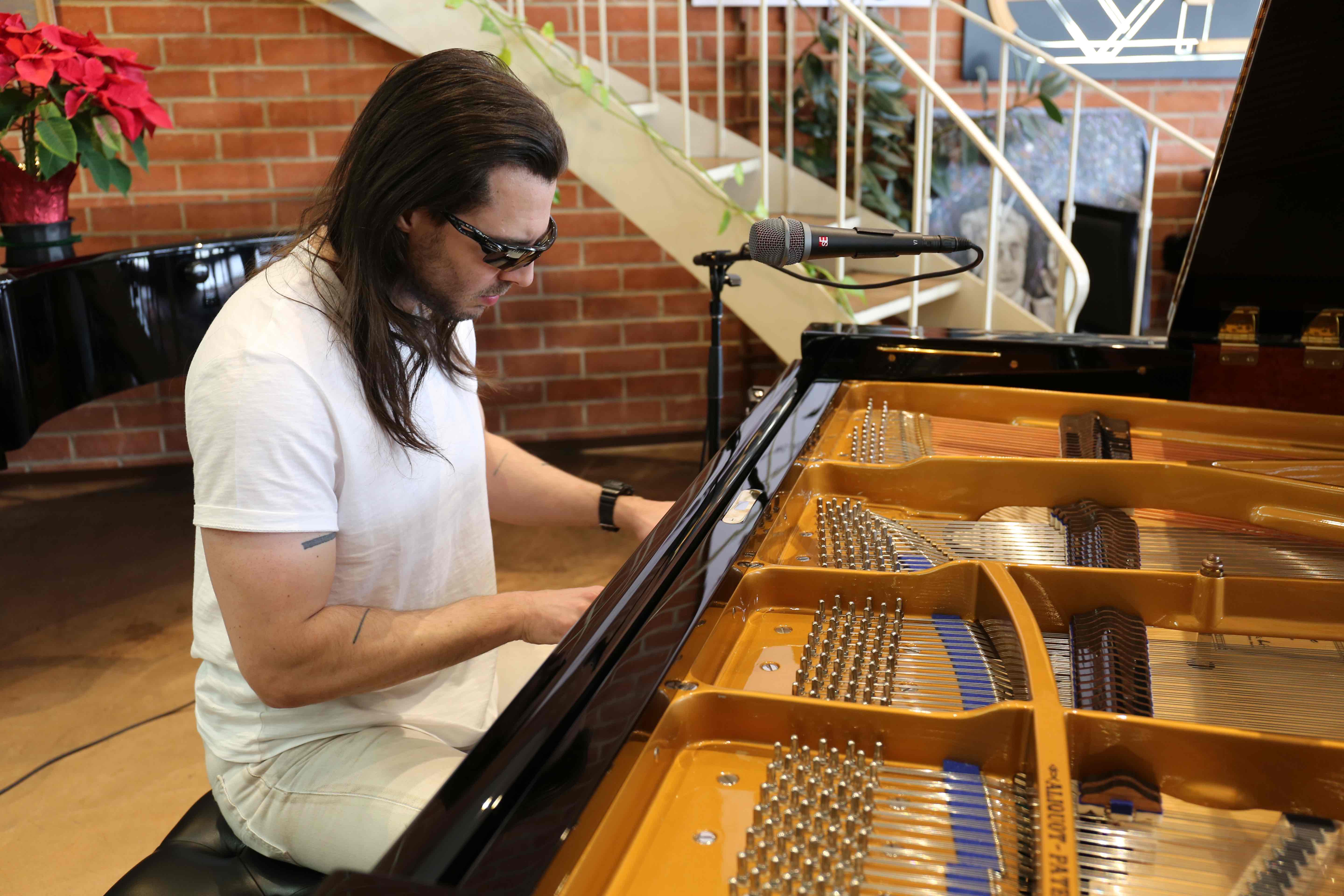 For the uninitiated, Andrew W.K. made a name for himself as a positive-thinking, heart-on-his-sleeve rock and roll figure. It began in the early 2000s with I Get Wet, a raucous party album full of tracks with titles like “It’s Time to Party,” “Party Hard,” and “Party Til You Puke.” Four full-lengths followed over the next decade, and more than a few extracurriculars: He started his own political party (The Party Party), embarked on a nationwide motivational speaking tour, drummed for twenty-four hours straight, and, most recently, was named person of the year by the American Association of Suicidology. When asked about his initial reaction to the award, he describes a state of confusion and a subsequent attempt at understanding by asking the question, “Why me?”

“As I’ve tried to process the recognition, I really took it as this group of largely medical professionals recognizing, once again, the transcendent power of music,” he says. “So I just felt that I was accepting the award on behalf of the phenomenon itself—the musical phenomenon, which is intrinsically positive.”

For all the positivity in his music, W.K. has a hard time accepting positivity within himself and his own situation. It’s not depression, nor is it cynicism. He seems to be so driven to find the truth—about himself, about psychology, about why a person feels a certain way—that he doesn’t permit himself to answer questions with a simple self-congratulation. Every success and every misstep is a mystery, and the fact that it’s a mystery is a mystery.

“When there’s a mistake, you stop and start again and try to get a fresh take. People do not highlight these moments. For me, the way out of the nightmare of what’s just gone down is to go deeper in.”

“It’s not clear why music exists on a scientific level,” he continues. “But what it seems to say is that there’s something benevolent in the world. That music is a manifestation of that [benevolence] is extremely difficult to deny or find fault in… Part of me would love to think, ‘Oh, it’s all because of me and I’m doing this special thing that just happens to strike people in a certain way.’ But I know that’s not what it is, because there’ll be some other artist whose music couldn’t sound more different from what I’m doing, and they’ll get the exact same reaction from somebody. We should never put the cart before the horse when it comes to that, or think that the performer is the creator of that feeling. They’re just a delivery mechanism.”

Part of what helps W.K.’s music resonate with his notably rabid fan base is its understated advocation of healthy isolation—removing the notion of partying from a social setting and presenting the idea that partying can also be a celebration of the self. This is certainly a subtext, because the leveltext is quite the opposite, and the casual listener likely hears loud, theatrical anthems about literal partying in the most traditional sense of the word.

“There was not a lot of interaction during most of the music-making process. It was just me, sometimes one other person… Maybe because of that [the music’s] trying to compensate for an aloneness. Compensating for that by creating the feeling of there being more people, or wanting there to be more people.” At its core, his music seems to be torn in two, just as many people are, between the joys of social interaction and the joys of solitude. The questions that arise for many are: Which is more pure? Which is more intended?

“I’ve felt both ways. I have felt as though I am supposed to want to spend a lot of time with a lot of other people. I have felt very guilty when I have not been able to do that, or have not had what I consider the skills necessary to make that type of interaction possible or enjoyable. And it’s only been recently that I’ve accepted that maybe that’s OK.” For W.K., this struggle is something he hopes to inspire his audience to overcome, and his sincerity stems from the honesty with which he speaks of his own struggles—and his ongoing attempts to overcome the fear of breaching recognized social norms and the so-called status quo.

“I’ve met plenty of people I really relate to who like to spend a lot of time alone,” he says, “and they, too, have felt very pressured that they’re doing it wrong—that they’re doing life wrong. The first song on the first album, ‘It’s Time to Party,’ is about being alone and having a great time, on an emotional level and on a physical level. Those are some of the most special times. They shouldn’t be seen as lacking just because there’s not some other person there.”

“Embracing a mistake: not looking at the mistake as an accident, but as an opportunity. It’s opening a door. Go through it.”

He goes on to describe how that entire first album was written in essential isolation because none of the musicians he met wanted to be involved. “I tried desperately to meet people that would play this music with me in the very beginning, in the late ’90s, and even my so-called friends didn’t want to participate. Neither did strangers—people I would meet through the classified ads in the back of the newspaper in New York City… They didn’t like the music. The keyboard was always a big stumbling block for people. They said it wasn’t real rock music. That was quite strange because so much of the foundation of rock music started on piano: Little Richard, Fats Domino, Jerry Lee Lewis.” And so that massive, celebrated first record—a hard rock extravaganza about partying—was written in isolation with synthesizers and computer software.

His newest album, You’re Not Alone, wraps a familiar sound with bows and ribbons. It’s his largest in scope, and yet it finds the tall, intimidating figure at his most gentle. Scattered throughout the songs are spoken-word messages of self-help to coach troubled or alienated listeners through hardship and loneliness. The words and timbre of Andrew’s voice inspire confidence, and yet the process of recording these tracks was riddled with self-doubt. “It was a really terrifying idea to me, mentally,” he reflects. “There was a complete removal of thought—that was the only way I was able to record them.” He accredits the development and execution of the interludes to Karen Glauber of his management team and album mastering engineer Gentry Studer, slowly spelling their names letter by letter to ensure proper citation. 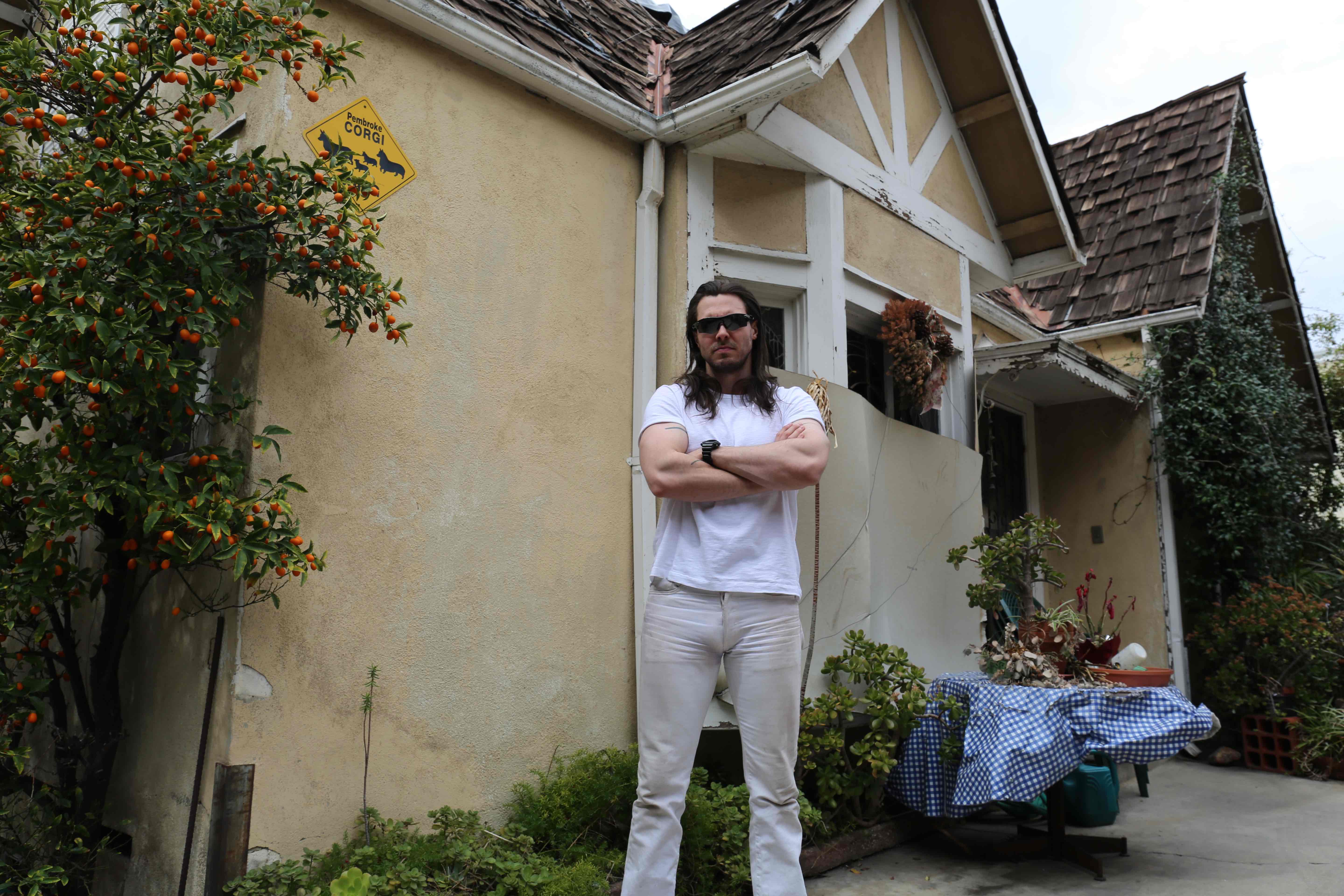 “Emotionally, I understood as soon as Karen had the idea that not only was she right, but that that’s what was going to happen… So I recorded them by necessity—extremely quickly and painfully. It was not an enjoyable experience for me, but, like most of the album, I was trying to turn myself over to pure intuition—to ignore all the voices in my mind screaming at me a million reasons not to do something and how it’s stupid, people will think it’s stupid, people are gonna cringe, you shouldn’t be so straightforward with stuff, you have to make things more obscure… Most of the time, if I listened to my opinions, I wouldn’t do anything. I would just think, ‘This all sucks’ and just quit.”

Andrew W.K. speaks with a refreshing candor. Unlike his music, his speech contains no refrain.

Part of the party mindset is that everything counts. There’s value in everything worth celebrating, worth acknowledging. It’s a very irrational type of mindset, because it seems to me right now that this [live session] is not worth celebrating. But you embrace it. Embracing a mistake: not looking at the mistake as an accident, but as an opportunity. It’s opening a door. Go through it. And sometimes that’s all you can do. You have to accept it. To accept that, yeah, you didn’t do a very good job. Now what are you gonna do about it? You gonna sulk around like a baby, or are you gonna make the most of it and move forward? FL