Beastie Boys Get an A for Their Book Report

The “Beastie Boys Book: Live & Direct” tour was a funny, moving, and irreverent spectacle—all soundtracked by breakbeats and scratches.
Menu

Art & CultureEvents
Beastie Boys Get an A for Their Book Report

The “Beastie Boys Book: Live & Direct” tour was a funny, moving, and irreverent spectacle—all soundtracked by breakbeats and scratches.

As fans streamed into the Nourse Theater in San Francisco for the fifth and final night of the “Beastie Boys Book: Live & Direct” tour, one could feel a sense of sadness and anticipation. Many were finally facing the harsh reality that they would never see the band in concert again, but at the same time there was the restrained excitement one has about seeing an old friend.

In the years since Adam Yauch’s untimely passing, the two remaining Beasties—Adam Horovitz and Michael Diamond—have stayed out of the spotlight, with fans respectfully giving them space. But with the announcement and release of the massive, definitive Beastie Boys Book, it seemed that Mike D and Ad-Rock were finally ready to open up. 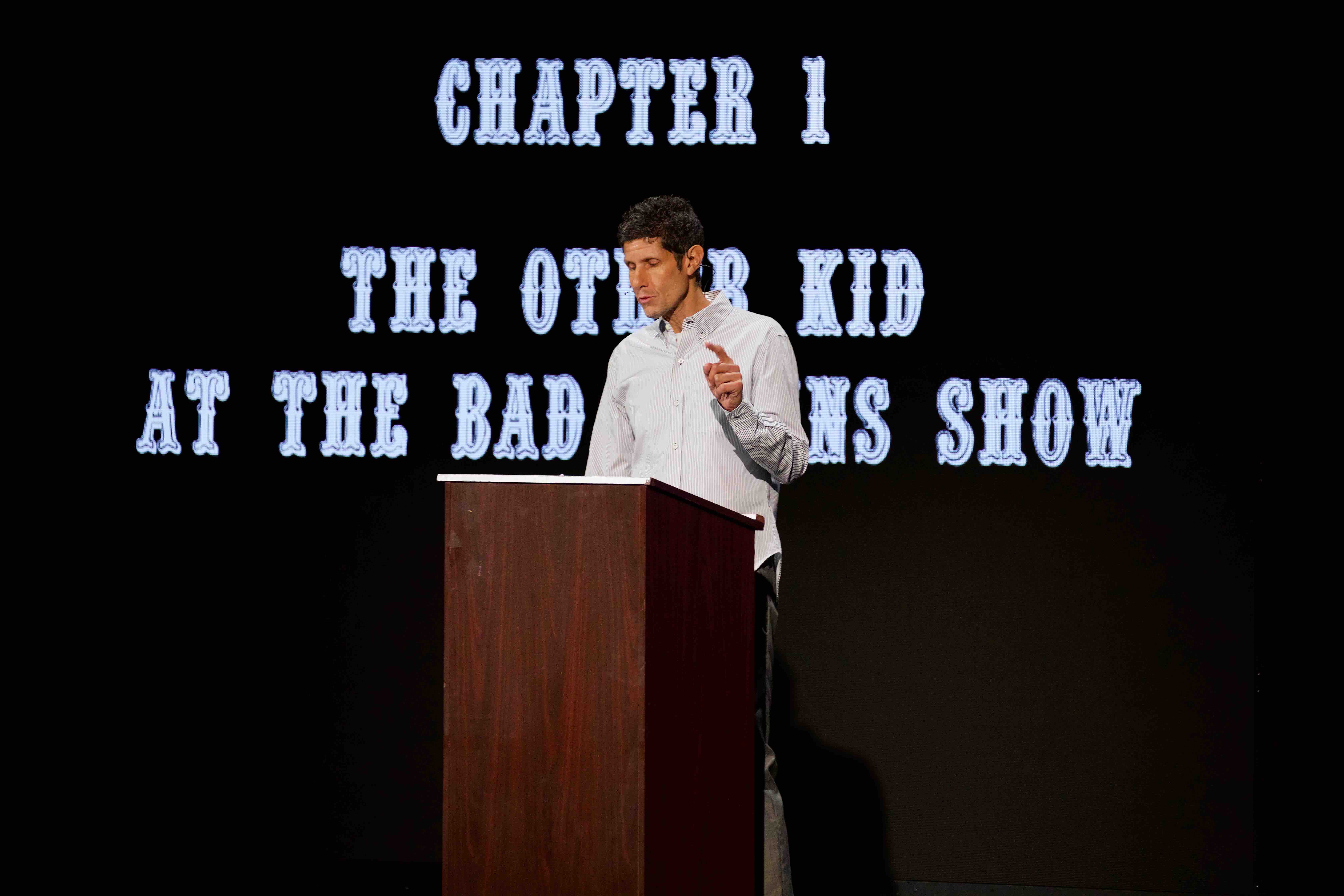 Coming in at just over five hundred pages, the book is a mad work of rule-breaking creativity that only the Beastie Boys could pull off, full to the brim and overflowing with ideas, just like their albums. It has everything from origin stories and rare photos to a graphic novel, illustrations, and even recipes by chef Roy Choi. There’s also an audiobook with a cast of over forty celebrities and friends of the band.

And this being the Beasties, their book tour was designed as anything but a quiet evening of reading select passages and the requisite audience Q&A. Instead, fans were treated to costume changes, hysterical recollections, skits, and a lesson in not only the history of the band but of hip-hop and their beloved NYC as well. Oh, and all of this was scored live by Mix Master Mike, the band’s longtime DJ and friend. 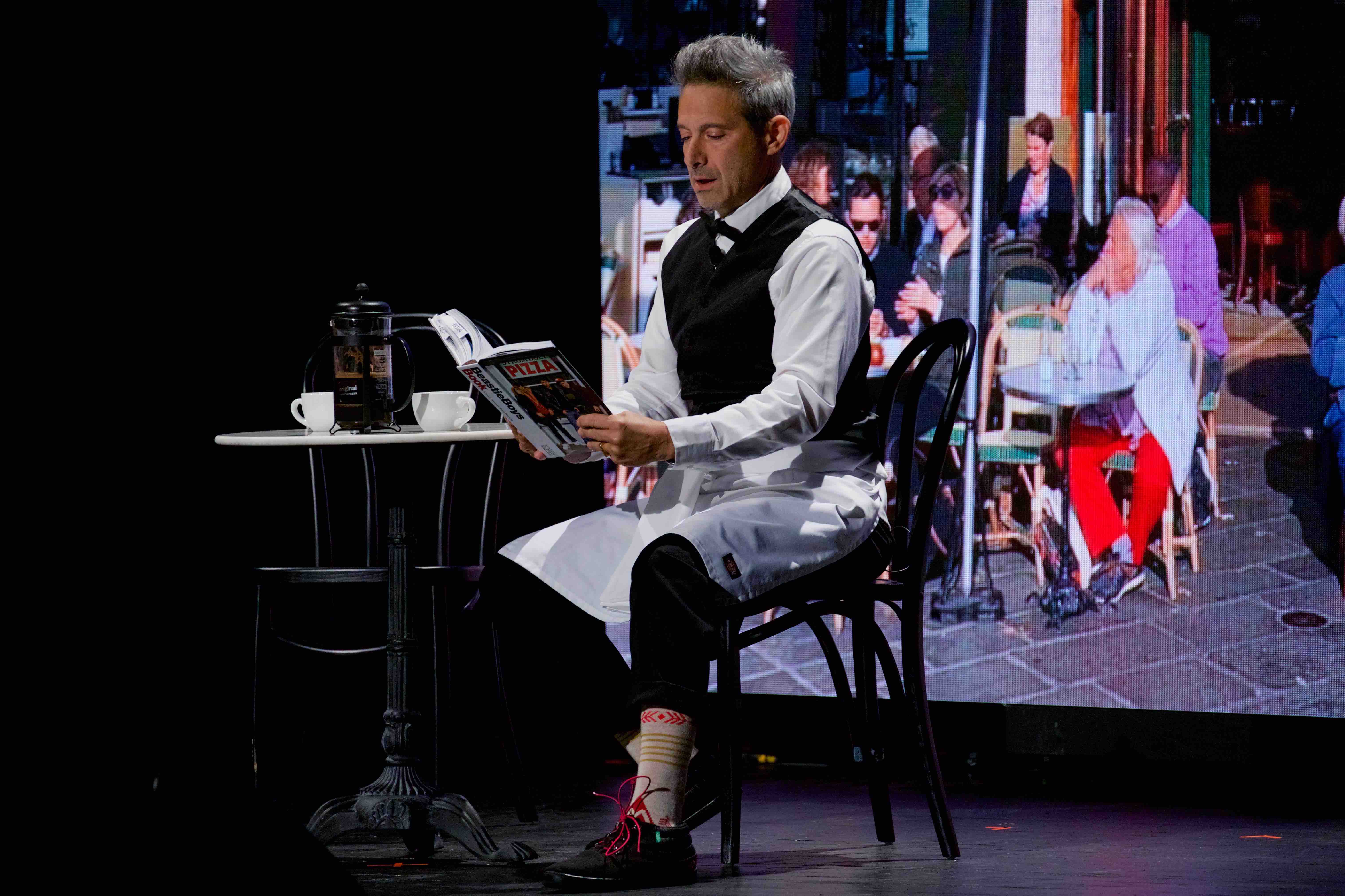 The Beasties’ music was fun because they had fun making it—and hearing about them making it was just as much fun. For thirty years the band dressed up in costumes, cracked jokes, and made music while at the same time pushing the boundaries of what hip-hop could be. None of it should have worked, but somehow it did. The secret ingredient was the bond the three of them had. There were no break-ups and no creative differences.

One of the most persistent lines of the evening was “Got an A from Moe Dee for Sticking to Themes”—a lyric from “Intergalactic.” You can read the book for more on that but the bottom line is: As crazy and adventurous as the band was, in the end they stuck to their theme. The three of them were friends that enjoyed creating art together and had a blast doing it. That’s what the remaining two did tonight even though it was obvious they were sad to do it without their departed friend. Truth be told, so were we—but we were glad they did all the same. FL