Have some panicked last minute holiday shopping to do? Look no further.
Menu

Have some panicked last minute holiday shopping to do? Look no further.

Let us guess: You’re probably planning to hit the mall or feverishly peruse the web in these last few days before the holidays begin, desperate and late. Don’t stress, because we’ve got you covered with a list of nifty gifty ideas.

From slick headphones to vinyl to candles that smell like your favorite city, look no further for creative and tangible ways to say “I love you and I absolutely did not wait until mid-December to start shopping for you.” 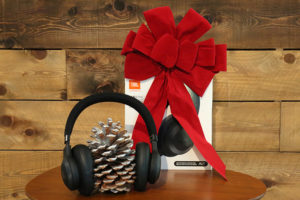 Need to block out screaming kids on an airplane or your family arguing over Trump this holiday season? These noise-cancelling headphones can help with that, plus make your fav music playlist or movie marathon into a completely immersive experience, with the convenience of no wires and the comfort of a fabric headband and plushy ear cushions. They’ve also got twenty-four hours of battery life in Bluetooth mode and can be fully recharged in just two hours. Escapism made easy. $139.95 at JBL 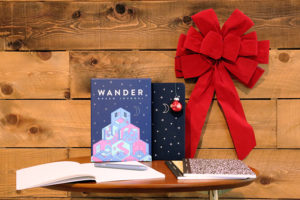 In 2018 we’re all going full-speed ahead—which means there’s scant time to stop and reflect during wakeful days of work and play. That’s what your dreams are for, though it can be difficult to keep track of ’em once you wake up. Keep this clothbound hardcover dream journal bedside to store up every unconscious nighttime vision. Each notebook spread is split into three sections to assist in recalling, visualizing, and interpreting your dreams. Pair it with a Bolt Rollerball Pen ($60), arriving in a separate pen tube to better store your most precious word-weapon. $22 at Baron Fig 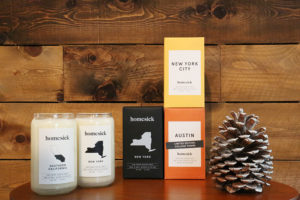 We all know smell to be the most powerful sense for evoking memories. But did you know there’s a candle brand mimicking the scents of your favorite cities and states? From Homesick, you can find enormous, all natural soy wax candles (burn time up to eighty hours) with cute, colored boxes and scents reminiscent of things like fine department stores and Central Park in springtime (New York City), zesty lemon, orange and sea breezes (Southern California), or pumpkin and apple orchards with notes of cinnamon (New York state). If you or a loved one is missing home, you can help make wherever they now hang their hat feel more like where they came from. $29.95 at Homesick 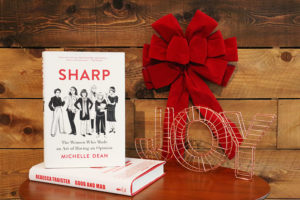 Good and Mad: The Revolutionary Power of Women’s Anger, by Rebecca Traister

With a sexual harasser in the White House, the #MeToo movement in full swing, and women coming out by the thousands for marches to defend their rights, it’s a time rife with (justified) female anger. New York Times bestselling author Rebecca Traister explores the transformative properties of that fury, and its ability to both define and transcend political action. She dissects society’s double-standard disgust with female emotion (rage, in particular) and the repercussions of expressing that emotion anyway. A must-read for any fierce, nasty women or the men who support them. $27 dollars at Simon & Schuster 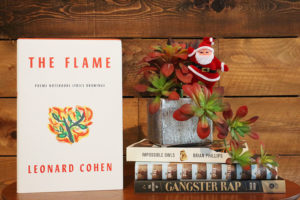 We lost the poet/musician/love guru Leonard Cohen back in 2016, but his final work is now available for purchase: Featuring poems, excerpts from his private notebooks, lyrics, and hand-drawn self-portraits, this book provides an intimate window into the complex and contemplative inner life of the man with the gift of a golden voice. $28 at Farrar, Straus and Giroux

His first collection of print essays after contributing to the shuttered amusement park that was Grantland, Brian Phillips’ Impossible Owls assembles eight of the writer’s sharpest pieces covering everything from…well, just everything. Whether you’re looking for a quick laugh or the meaning of life, Impossible Owls is possibly the most engaging work of non-fiction released this year. $15 at Barnes & Noble

The Golden State, by Lydia Kiesling

We’ve all had the experience of fleeing our comfortable lives for a remote California desert, but no one writes it quite like Lydia Kiesling in her debut novel. An anxious tale of young motherhood, obstructing borders, and futile escapism, The Golden State is the perfect read for anyone looking for a bit of stress this holiday season. $23 at Barnes & Noble

The History of Gangster Rap, by Soren Baker

Give yourself a break this holiday season and let someone else explain the history of gangster rap to your grandparents—and who better than seasoned hip-hop journalist and Wu-Tang corraller Soren Baker. Both an entry-level walkthrough of the genre’s key players and basic timeline as well as an in-depth look at the icons, legends, and conspiracies populating the movement, you’re sure to assuage any future blame for anyone confusing Ices Cube and T. $25 at Abrams Books 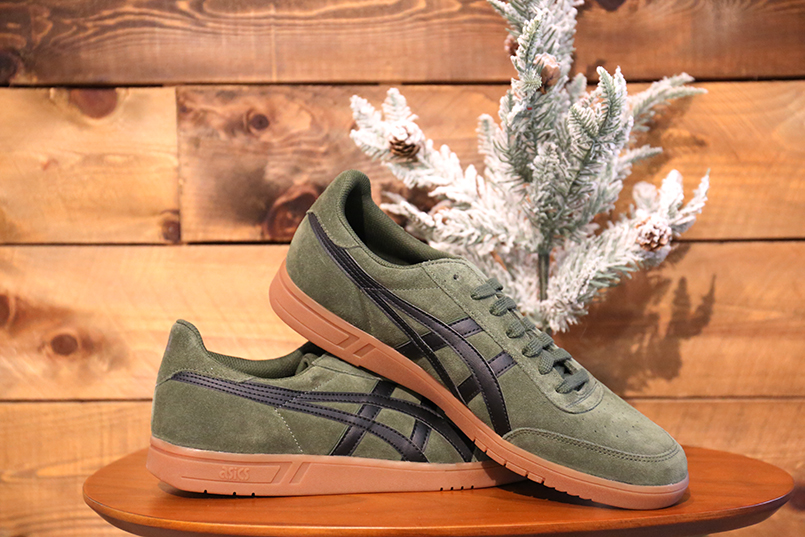 What better way for your giftee to announce to the world that they’re vaguely aware of the broad genre of sport known as “track and field” than to pounce around town in a sleek pair of Asics? As the corps d’elite of the brand’s sport-formal/pedestrian-casual worn on d’feet, a pair of Tigers is also the ideal gift for any athletic loved one in need of new footwear that won’t also come with an implicit challenge to a foot race. $70 at Asics 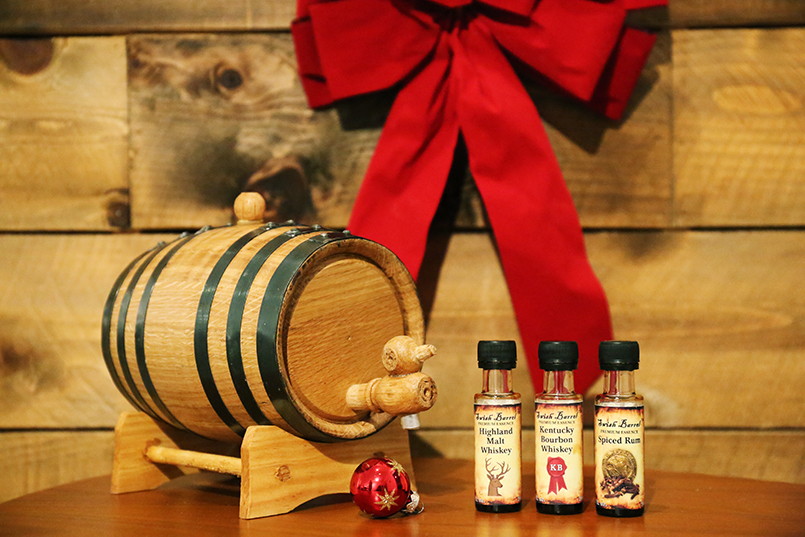 For the DIY-minded friend who also happens to have terrible taste in store-bought brown liquors, UncommonGoods’ Whiskey and Rum Making Kit may be the first step toward realizing the error of their ways. With a choice of spiced rum, Kentucky bourbon whiskey, and Highland malt whiskey, the kit provides everything necessary for an evening of recuperative—and entirely legal—bootlegging. $75 at UncommonGoods 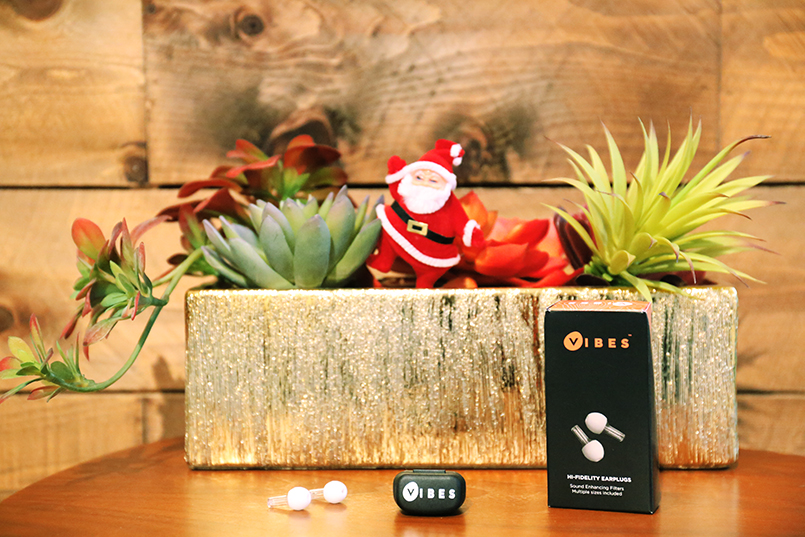 For that special someone whose excuse for standing you up at the My Bloody Valentine show for the past thirty years has been decibel-based, Vibes earbuds provide exquisite quality at a reduced decibel rate. Also great for roommates who are tired of hearing you slurping spaghetti from at least two rooms away. $24 at Vibes 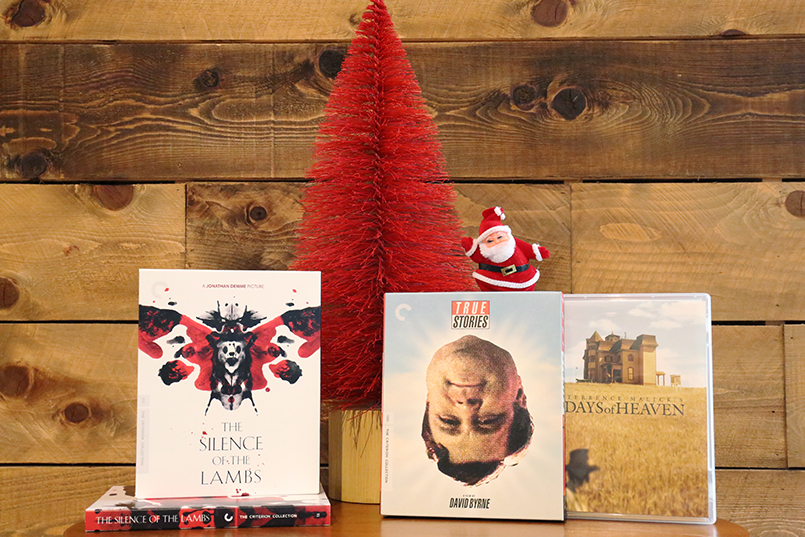 Though last year’s gift of a Filmstruck subscription may have been just shy of its promised twelve-month life span, a Criterion Blu-ray is forever. With a stupidly consistent output of titles by everyone from film’s late Demme-god to the rectangularly suited subject of his most famous documentary, their 2018 filmography was no exception. Nothing says “sorry for shorting you one month’s worth of gift last year” quite like a neat restoration of David Byrne’s Morris-esque mockumentary True Stories. Kinda like how no one says “marshmallow” quite like David Byrne. From $32 at Criterion 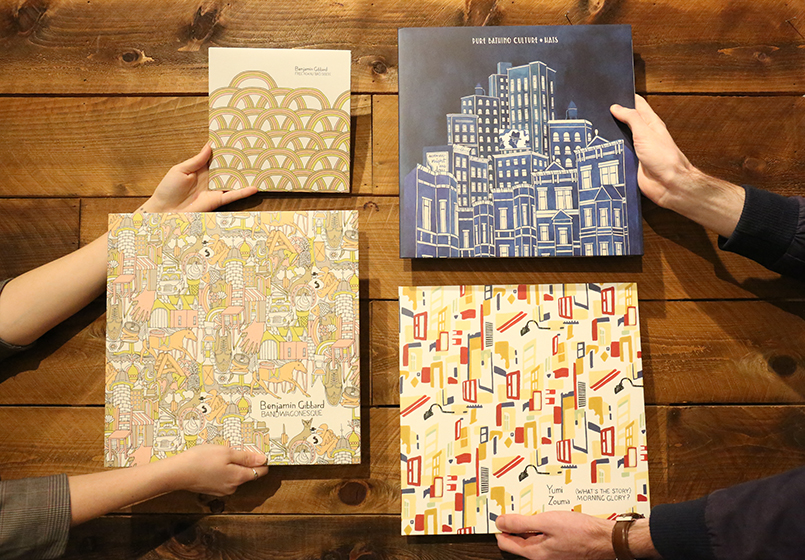 It seems these days vinyl subscription clubs are a dime a dozen-inch. But what Turntable Kitchen brings to the table is something totally unique—Sounds Delicious offers exclusive full-length covers of your favorite albums from the likes of Ben Gibbard, Pure Bathing Culture, and The Pains of Being Pure at Heart. With beautiful and unique artwork as the icing on the cake, the recipient of this gift certainly won’t hesitate to dig in. $25/month at Turntable Kitchen 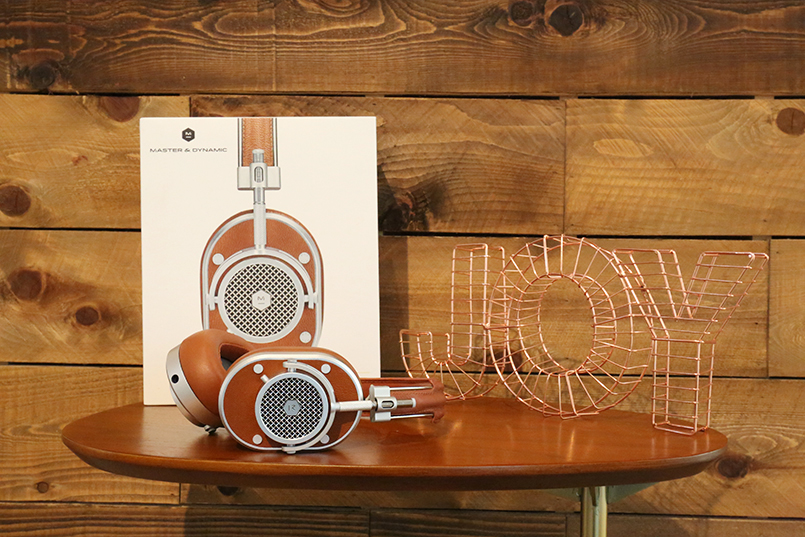 Allow your loved ones to take music with them to the far side of the world and back with Master & Dynamic’s wireless over-ear headphones. With an optional audio cable (tired) and bluetooth/battery-powered wireless options (wired), the MH40 headphones are as stylish as they are sound-containing for any Napoleonic voyage. $400 at Master & Dynamic 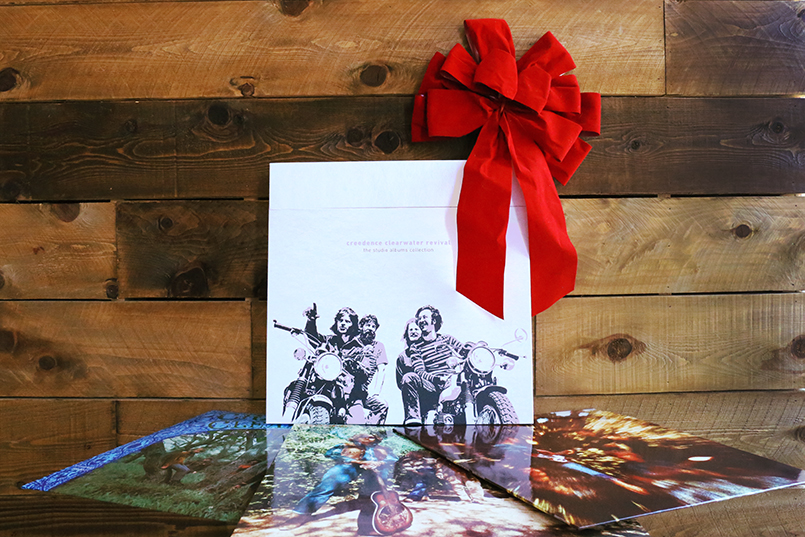 For that friend who only ever has CD copies of CCR’s greatest hits and Taylor Swift’s 1989 in their car for whatever godforsaken reason, give them the gift that is the rest of Creedence’s discography—on an entirely more intentional format. A beautifully packaged series of seven LPs commemorating the fiftieth anniversary of the swamp rock group’s self-titled debut, the nearly two hundred and fifty minutes of Fogerty et al is significantly more substantial than any collection of the band’s recordings released to date. Even if you find a way to put these songs on repeat, you won’t hear “Down on the Corner” every sixty miles. $260 at Craft Recordings 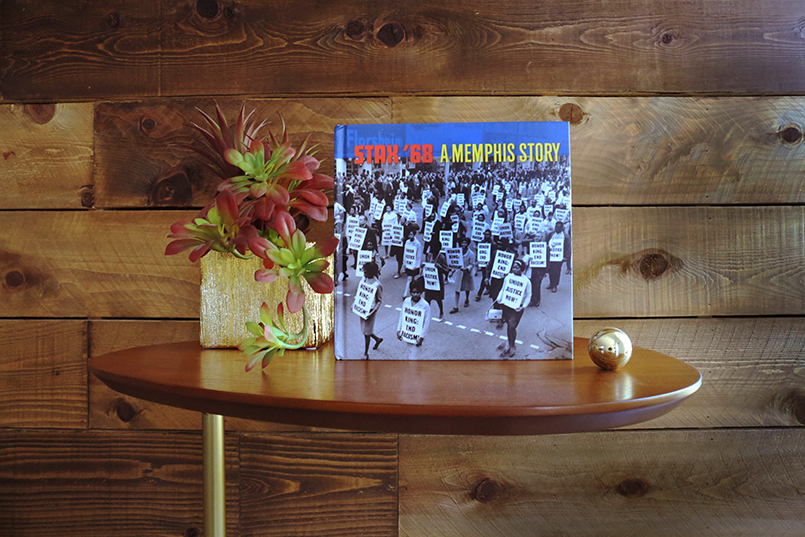 Needless to say, there was a whole lot going on in the American South in 1968, and Stax Records’ documentation of it all is quite likely more accurate and informational than any textbook’s. For the first time, the label’s releasing all of their ’68 output as a single five-disc release spanning their soulful discography with an additional fifty-six page book of pictures and liner notes. For any R&B and soul completionists on your list—or American history buffs. $70 at Craft Recordings