Armed with his Farfisa, his torrid voice, and his Technicolor arrangements, Condon has made his most adult listening effort to date.
Menu

Armed with his Farfisa, his torrid voice, and his Technicolor arrangements, Condon has made his most adult listening effort to date. 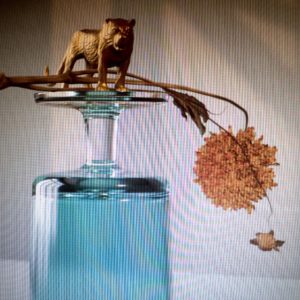 If there was but one deeply emotive artist who could be accused of playing it cool and making it all sound as chilled as an icy martini—despite his occasional hot jazz gypsy leanings, sensual cabaret kinks, and Tijuana Brass references—it would be Zach Condon. The one-man band behind the Beirut brand name has had a long career of quixotic lyrics and mashed-up Mexicali, Italian, and Eastern European tones, with only his mellow musicality and tenderly handsome (and big) vocals to unite any loose threads. In his distant past, however, there were wafts of indie-rock skronk on 2006’s Gulag Orkestar and 2007’s The Flying Club Cup that made Beirut’s work relatable (or palatable) to younger, more impressionable ears.

One of the first sensations gathered from listening to Gallipoli, then, comes from the subtraction of any majorly rockist touchstones. This time out, armed with his Farfisa, his torrid voice, and his Technicolor arrangements, Condon has truly made his most adult listening effort to date. With windy brass swirling behind him like a John Ford epic starring Montgomery Clift on the title song, Condon speaks of the what-could-have-beens-and-should-have-beens with eerie ease. “We tell tales to be known, or to be spared from sorrow,” sings Condon in a woozy wino’s croon.

Singing of disastrous relationships and experiential angst with curling, vintage Moog squiggles and wheezy organs behind him, “Landslide,” and “Varieties of Exile” could be Condon’s (barely) modernist take on Paul Bowles’ vision of existential ardor. The spare horn charts and ruminative lyrics of “We Never Lived Here,” too, portray a peculiar sort of drifting, a man with no name, a place with no due-north.  There is longing to be heard within these sonic moments, almost as if Condon is daring to be found.

For a man who has recorded his newest album in places such as Italy, Germany, and the bowels of New York City—to say nothing of his longtime internationalist vibe—Condon may seem lost in the stars. But it also sounds as if he’s looking for some center point, to come home.