Last month, she released “Blame It On Your Love,” a track featuring our gal Lizzo, originally teased by Charli as being the one to “save pop music.” The song remixed Charli’s “Track 10” from her 2017 mixtape Pop 2.

The accompanying video, directed by British duo Bradley & Pablo, features lots of bizarre prosthetics, especially pointy elf ears (Peter Jackson is quaking) worn by everyone including Lizzo and Charli. “Modern love, to me, is limitless. And it’s cute as fuck, too,” says Charli at the vid’s conclusion. It takes all kinds! Watch the clip below.

RELATED: Lizzo and Charli XCX Save Pop Music with “Blame It On Your Love” 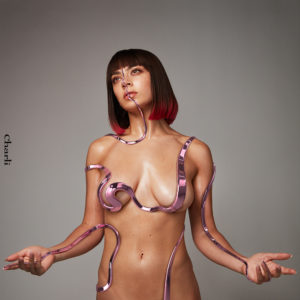