Jennifer Kent Talks Humanity and Timeless Violence in “The Nightingale”

The “Babadook” writer/director is ready to terrify you all over again with her new film.
Menu

The “Babadook” writer/director is ready to terrify you all over again with her new film.

BACKSTORY: A writer/director whose films are just as likely to keep you up all night as they are to finally help you understand your most complex emotions
FROM: Brisbane, Australia
YOU MIGHT KNOW HER FROM: Her horrifying 2014 debut feature, The Babadook
NOW: Prepping for the wide release of her second film, The Nightingale, through IFC Films

“I’m drawn to different worlds, rather than genre,” Jennifer Kent tells me, quickly dispelling any assumption that the Babadook director is, in fact, a horror filmmaker. “Not to diss genre, but it’s not a personal concern of mine.” On the surface, her 2014 haunted-house picture is unquestionably of the horror lineage, with its searing imagery of the titular monster, bodily possessions, and more than enough regurgitated blood to warrant an R rating. But if you dig a little deeper, you’re certain to recognize it as a story about grief, and how suppressing it not only harms yourself, but also those closest to you—a real-life terror more painful than any knife to the chest. “With Babadook, there was a certain idea that came, and the film told me what it needed to be,” she explains.

It was a similar process that led Kent to write her new film, The Nightingale, which tells a very different story, though one with a similar focus on the competing violence and humanity of its subjects. Set in Tasmania in 1825, the movie follows an exiled Irish convict, Clare, as she exacts revenge upon a British officer who raped her and murdered her husband and newborn child. With Clare and the officer being led by Aboriginal trackers, the movie explores the cruelty exacted upon women, as well as the island’s colonized natives—a concept, Kent notes, that’s far from specific to the film’s setting. “With The Nightingale I wanted to explore violence toward women and from women,” she explains, referencing Clare’s ill treatment of her tracker, Billy. “I wanted to not tell it in a modern day context. To remove it in some way gives the audience a bit of perspective, and helps to make it more universal.”

Although the story is universal, Kent was particularly drawn to the Tasmanian setting due to the island’s unique history and atmosphere. “I find it such an intriguing place, and I felt that its ghosts of the past were very present there. It’s a small island, very isolated. I always felt there was a great sadness there, and I looked into the history a lot over many years and became familiar with it and wanted to tell that story.” The wooded landscapes share an ominous undertone with the Twin Peaks universe, though the director’s choice to forego any non-diegetic music in the film’s soundtrack lends itself to an even more subtle discomfort. “It wasn’t something I set out to do,” she clarifies of the film’s lack of soundtrack, “but we’d watch a scene and think, ‘how could we put music over that? It’s being disrespectful.’”

What a genre-obsessed audience may consider a period piece, The Nightingale is instead another of Kent’s psychological probes into the mind of a grief-stricken maternal figure—albeit with a meticulous attention paid to historical details. “I think there’s an assumption that life was perhaps more bloodless or formal,” Kent notes of the setting for her film, “but people still felt the same feelings that humans feel now.” Rather than idealizing the past, Kent insists her film is an honest depiction of timeless violence and cruelty, totally unsanitized for the sake of nostalgia or aesthetic. For example, she explains, “In a lot of period films the British redcoat costumes are pristine and blood red, but the reality is that they would have looked like shit. So we made them look like shit.”

“In a lot of period films the British redcoat costumes are pristine and blood red, but the reality is that they would have looked like shit. So we made them look like shit.”

Kent’s eye for detail also lends itself to the emotional elements of the picture, particularly the portrayal of sexual violence. Again subverting genre, The Nightingale rethinks the exploitative tradition of rape-and-revenge films by exploring empathy where most horror movies or Spaghetti Westerns lean on justice for the feature’s substance. When Clare is sexually assaulted at the beginning of the film, much of the scene is shot from the perspective of the victim—vision blurred, eyes focused on a mundane detail of the room instead of the graphic assault itself. “It was really important that I created those scenes through the eyes of someone this was happening to,” Kent says, “so every angle was about creating empathy for her, and actually being in her skin.” The result is considerably more powerful than the conventional Hollywood idea that brutal on-screen violence lends itself to a more satisfying apotheosis.

“It’s funny because the rape scenes have been referred to by some as ‘graphic,’” Kent notes. “They aren’t graphic—they’re emotionally true to what a person would go through if their soul was being destroyed. I think that’s what [an audience] actually finds more confrontational than seeing a naked woman being attacked, which is a way to objectify that.” When I draw attention to critics’ particularly frequent use of the word “brutal” to describe The Nightingale, she doesn’t object, but explains that there’s considerably more to the story than brutality: “If they’re not seeing that there’s an enormous amount of love and hope, I think it’s an incomplete description of the film.” 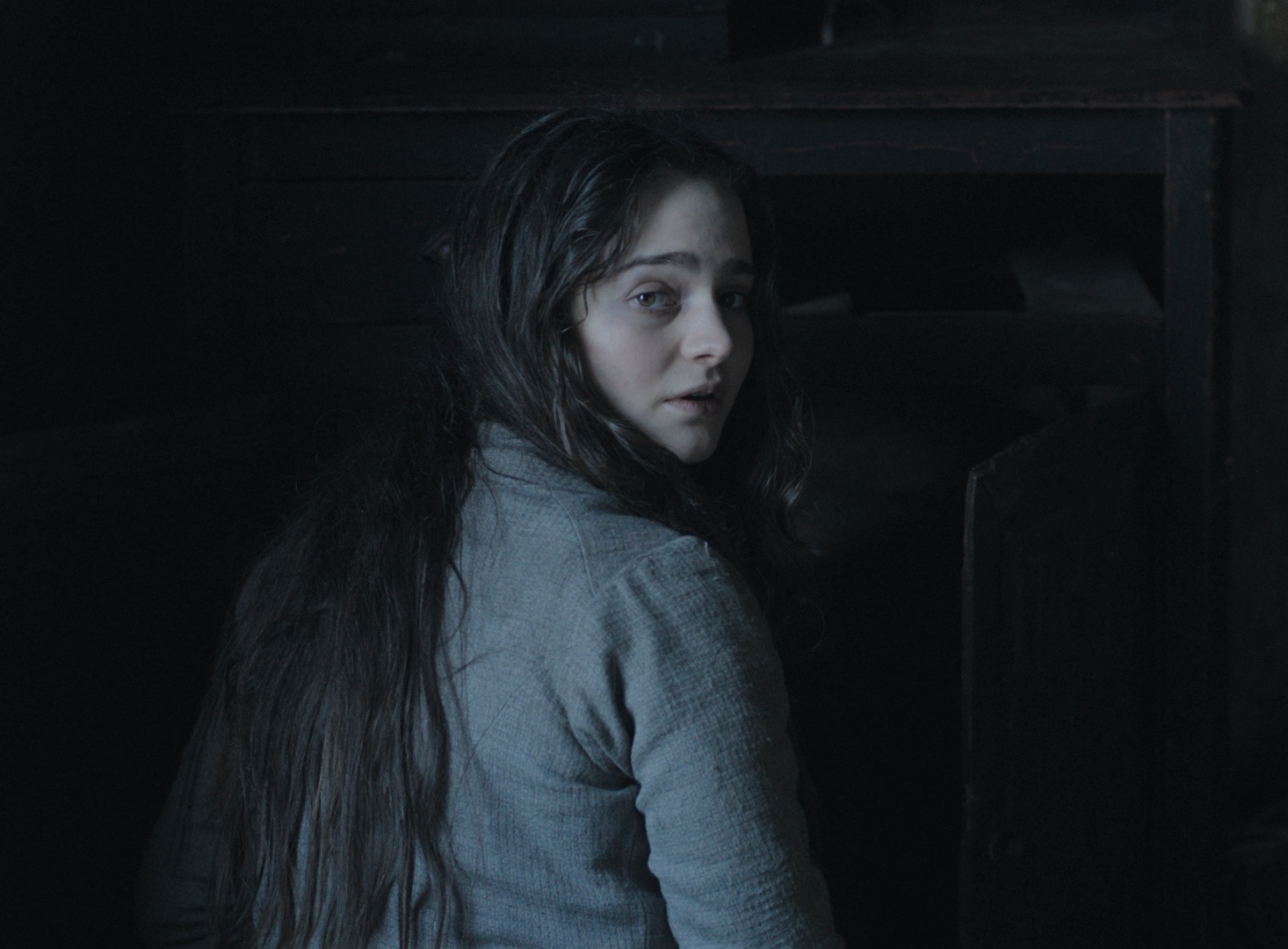 On the other hand, as with her previous movie, Kent has been pleasantly surprised to see how The Nightingale is received by viewers across different demographics. “What I’ve found with both films is that their audiences are a cross-section of ages and people around the world,” she enthuses. “With The Babadook, I just felt I wanted to write about what happens when you suppress grief and pain, and I’ve been so surprised and moved by who’s connected to that. I’m not a parent, but I understand what it means to have so much pain you’re suppressing that it starts to affect other people—and there’s no one more impressionable than a young child.” Leaving it up to marketing departments to decide who will best be able to relate to her films, Kent is more concerned with her own personal vision for her stories: “It’s not for me to say how this or that person will respond to a film. I steer away from trying to work out my audience and just focus on making it true.”

Although it isn’t set for a wide release until August, Kent has already observed the same diversity in positive feedback for The Nightingale. “I’ve spoken to men and seventeen-year-old girls who’ve been moved by it,” she reflects, this time around citing the movie’s convoluted  portrayal of love as its universal theme. “It’s easy to love when everything’s a romantic comedy,” she concludes. “But when things get tough, this is when we need to enlist qualities like empathy and compassion and kindness—otherwise we lose our humanity.” FL