Phantogram Go Back to the Beginning on “Ceremony”

Phantogram Go Back to the Beginning on “Ceremony”

It’s often said that the more things change, the more they stay the same. Clichéd as it may be, that’s an aphorism that rings true for Phantogram. When it came to the making of the duo’s fourth album, Ceremony, everything was different for lifelong friends Sarah Barthel and Josh Carter.

They’d formed the band, initially called Charlie Everywhere, in 2007 after reconnecting by chance at a church service on Christmas Eve in their hometown of Greenwich, NY. Having spent about a decade living in that small town upstate, after the touring cycle of 2016’s Three, Barthel and Carter made the decision to rest and refresh themselves, and did so by moving all the way to the other side of the country.

“After Three came out,” Barthel explains, sitting in a dark hotel bar in New York’s Bowery neighborhood, “we went on tour forever. And when we were done with it, I think we realized we wanted to find solid space. All my shit was in storage in Brooklyn for like the last seven years. We sacrifice a lot for the band and we love to do it, but after the last record cycle we were pretty exhausted.”

“We needed to take a step back and live normal lives for a while,” adds Carter. “Or try to, at least. I still end up working on music all the time anyway.” 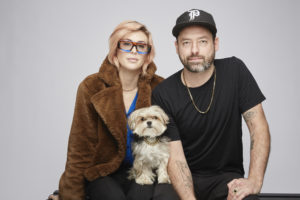 Barthel bought a house in the Laurel Canyon neighborhood of Los Angeles, and a new phase of life began nearly three thousand miles from their origins. But when it came time to write new music, it all felt strangely familiar. Barthel’s new home came complete with a finished recording studio—“It was like an instant dream come true!” she beams—that was reminiscent of their set-up in New York. Dubbed Harmony Lodge, that barn-turned-recording-studio was where they first started writing music without time constraints or worries about how much it would cost them. They were free to find themselves and follow their muse, something that became more difficult as the band’s profile grew and they spent more time on the road. Yet even thousands of miles and a major label deal away from their humble beginnings, the post-album cycle downtime and Barthel’s new home studio—dubbed Harmony West—meant that Phantogram have been able to return to their roots more than ever before.

“We kind of went back to our beginning-of-Phantogram days,” says Barthel, “where we didn’t necessarily have to rent a space out for the day or week or depend on other people’s time. When we were on the East Coast, we could do whatever we wanted whenever we wanted, and I think we were just longing for that again. So that’s kind of how the album started—we started writing around that idea and we spent some time out in Joshua Tree to finish it up in solitude with some middle-of-nowhere vibes.”

“Like Sarah said,” adds Carter, “we finally had our own spot again. Not having to be on anyone else’s clock and just doing shit the way we wanted to, we were able to reconnect and realize that making music is our ceremony.”

“That’s why we named the record Ceremony,” chuckles Barthel. “We were trying to understand, I guess, what our ceremony was, because everyone has their own ritual. For us, Phantogram is our ceremony, and when we play shows we invite people to be a part of it.” 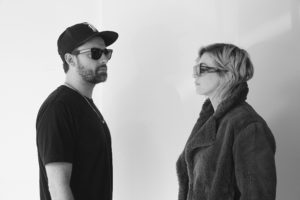 While that might sound straight out of a book on new age spirituality, it’s clear from hearing the pair speak that their passion and love for what they do—and this record in particular—is genuine. The LP comes four years after Three, an album whose making was very much darkened by the suicide of Barthel’s sister Becky in January 2016 at the age of thirty-four. It is, obviously, something that had a significant impact on the pair—Carter was a close friend of Rebecca’s—and crept into the fabric of those songs. It’s little wonder, then, that they needed a break after taking that record on the road.

“I’ve been there for him and he’s been there for me and we fully support each other. It’s like siblings. When it comes to writing, it’s the same because we can be honest with one another and not get defensive. None of this is ego-driven.” —Sarah Barthel

“It was really, really hard to perform those songs every single night,” admits Barthel. “When we finished Three, there was this relief for me. You’re done with the album, and it’s like, ‘Fuck! I got it all out of me.’ But then you have to go onstage every single night and perform these songs, and every night I was completely exhausted and drained and kind of reliving it. Being on tour is like being in a weird kind of bubble, and everything is real inside the bubble, but it’s so different to reality, so once it’s gone you’re just left in this strange space where you feel like you belong and you don’t belong, and you have to figure out what life is like after you lose someone from suicide, which is really, really hard. But also four years have passed and I can actually talk about it now and I don’t have to put it into the music. I’m able to use my words after years of therapy.” 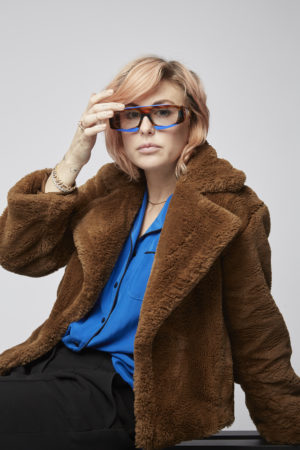 That is not to say, however, that the songs on Ceremony aren’t emotionally heavy too. Though opener “Dear God” starts things off with the upbeat “Dear God,” it’s a record that, as Phantogram records often do, combines darkness and light to create a reflection of the world as they see it. The difference here is that Phantogram aren’t dealing with something quite so close to their hearts this time. Rather, they’ve allowed themselves to explore alternative storylines and themes that fall outside of their own lives, experiences, and traumas.

“Three was a narrative of what was happening in our lives,” says Barthel, “that we could actually reflect on and put it down and it was cathartic. Our previous albums have always been the same kind of way, just not necessarily based around suicide. It was about other dark things.”

There’s nothing insincere about the songs on Ceremony. If anything, changing their scenery and stepping away from the world of the band for a while has allowed Barthel and Carter to hone their focus and get back to the basics of what they do, and why they do it. They say those things haven’t changed since the days they first started making music together, but it’s clear the bond between them has only tightened.

“We’ve had our ups and downs,” says Barthel, “but we’re each other’s biggest witness—he’s witnessed everything I’ve ever gone through and vice-versa.”

“And sadly, her with me!” laughs Carter. 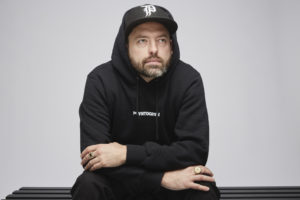 “The one time I went to church!” Carter adds.

“The one time I went to church!” chuckles Barthel.

There’s a brief moment where neither talk. It’s just the voices of the hotel bar’s other patrons and the clinking of glasses. Then Carter breaks the silence.

“The Lord,” he says with a hearty laugh, “works in mysterious ways.” FL 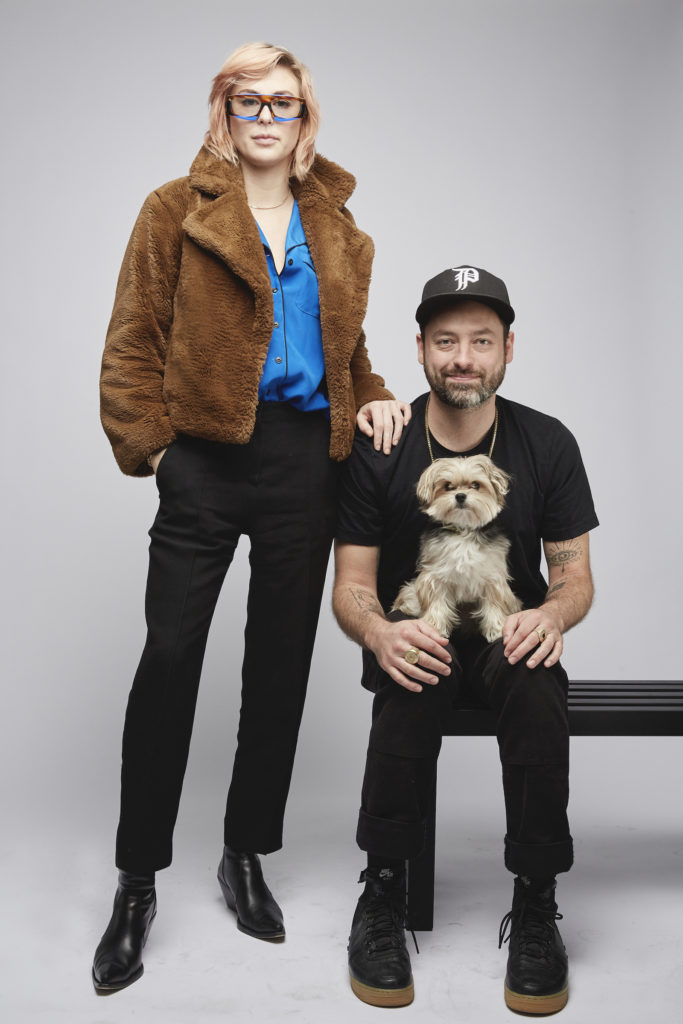 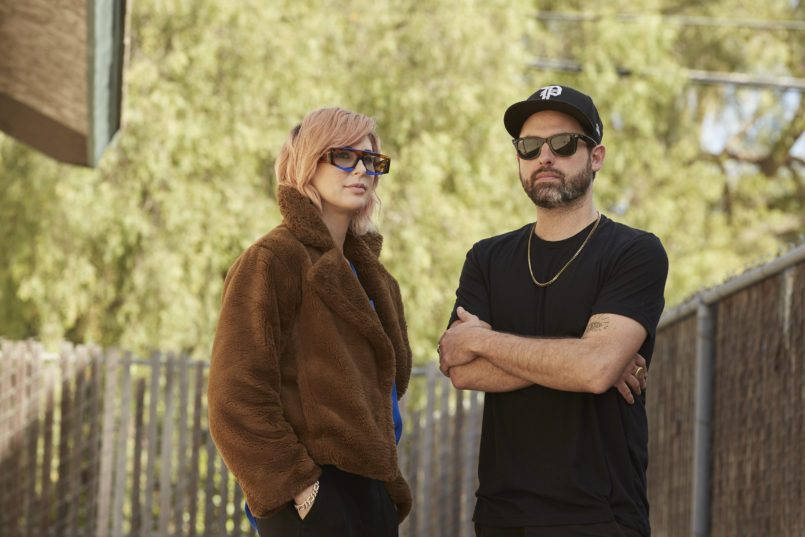 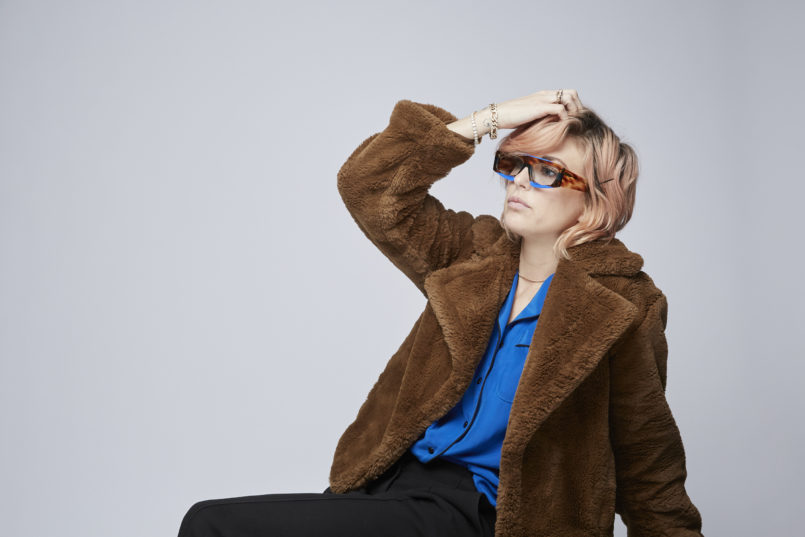 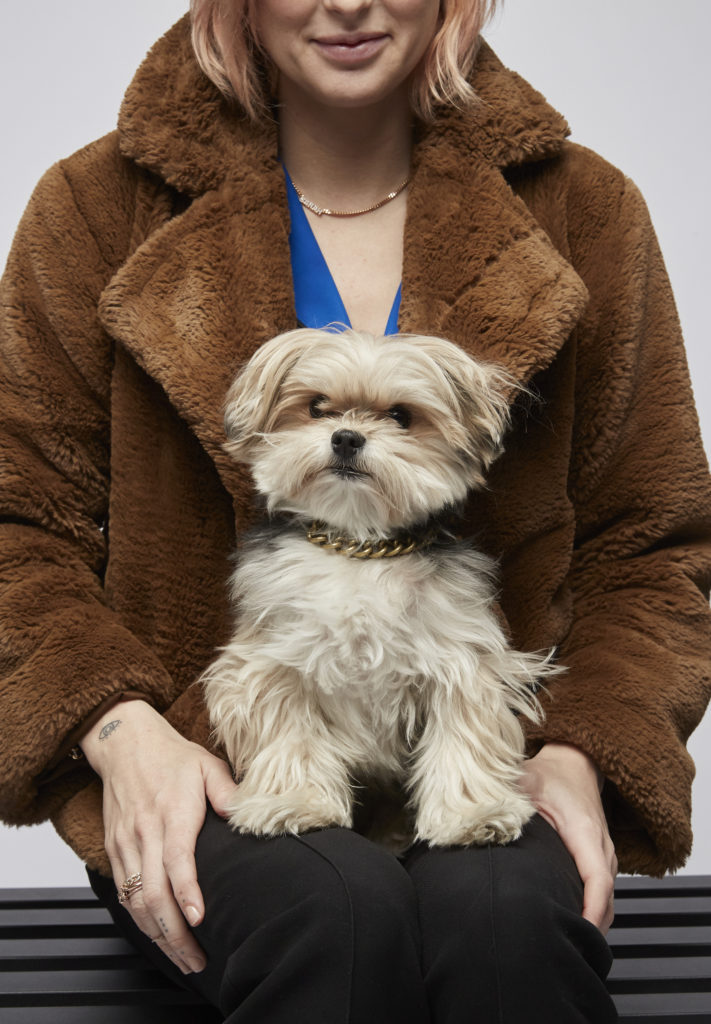