The material on Mike Hadreas’ most recent LP doesn’t always call for the fidgety approach applied to it here.
Menu

The material on Mike Hadreas’ most recent LP doesn’t always call for the fidgety approach applied to it here. 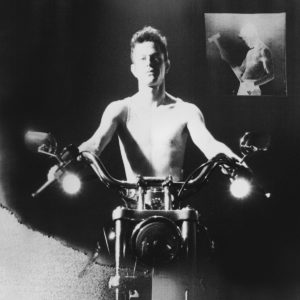 Set My Heart on Fire Immediately, Mike Hadreas’ fifth album as Perfume Genius, doesn’t leave a whole lot of room for improvement. Hadreas crafts songs with an incandescent glow, bubbling with the sugary pulse of the very best pop music, but also rich with vulnerability if you crack them open and examine their core. Set My Heart makes big, bold musical decisions, in no small part because it seems purposeful every step of the way.

IMMEDIATELY Remixes takes that purposefulness and tosses it in the shredder. Hadreas’s new remix album clings to the sequence of Set My Heart’s tracklist, but the songs are dramatically reimagined, adorned with pulsating electronic flourishes and sticky 1980s pop garnishes. The remixes are considerably more tailored to the dance floor than their original iterations, supercharged with electricity.

Counterintuitively, it makes for a more cohesive record from start to finish. But the versatility of Set My Heart was its secret weapon. IMMEDIATELY Remixes is more hyperkinetic, essentially across the board. That is not an inherent problem, but the material doesn’t always call for such a fidgety approach. The Planningtorock remix of “Jason” misplaces the slinking intimacy of the original in favor of glowsticks. “Describe” undergoes a similarly radical evolution, with A.G. Cook bending it into a punishing, thrilling, synth-soaked journey, although the warm shoegaze of the original is missed.

Others are more unequivocally successful, such as the Jaako Eino Kalevi remix of “Whole Life,” which maintains the elegance of its predecessor but injects it with a nimble bounce. It turns the song on its head without betraying its strengths. The Initial Talk remix of “On the Floor” undergirds its structure with unapologetic ’80s pop cheese and it’s a startlingly good fit.

My ultimate test for the durability of a remix album: Do you ever, even if just for a moment, forget that you are listening to a remix album? With IMMEDIATELY Remixes, I never did. Contrast that with 1000 gecs and the Tree of Clues, last year’s 100 gecs remix album. Those songs took on new lives that poked at and challenged their original composition in ways that seem radical at first glance, but ultimately subsume your original perception of the song. IMMEDIATELY Remixes, intermittently thrilling though it may be, is never so vital.