In Conversation: Ben Howard on the Unlikely Tales of “Collections From the Whiteout”

The songwriter discusses his new Aaron Dessner–produced LP and the unreal times that inspired it.
Menu

The songwriter discusses his new Aaron Dessner–produced LP and the unreal times that inspired it.

It was a decade ago that Ben Howard’s career began with a bang—or as much of a bang as a “folk” singer (read: he’s never been just a folk singer) could produce. Having self-released his first EP, Games in the Dark, in 2007, and then two more on Dualtone and Communion, the British musician’s debut full-length, Every Kingdom, was released by Island Records in September 2011. It entered the UK album charts at a very respectable #7, but the real fireworks came at the end of February 2013 when Howard won Best British Male Solo Artist and Best British Breakthrough Act at that year’s BRIT Awards (the British equivalent of the Grammys). As a direct result, his album spent the next two weeks at the #4 spot in the charts. Howard’s 2014 follow-up, I Forget Where We Were, went straight to the top spot the week of release.

Even back then, though, the London-born musician bucked the trend for a BRIT winner. While the awards on the whole very much celebrate commerciality over artistry, Howard was an actual artist. Less about sales figures than nuanced emotional missives, his songs were the antithesis of everything the crass, vacuous British music industry pumped—and still pumps—into the mainstream. What his wins did do, however, were allow him to travel more easily down his own path. That’s something he’s been doing ever since, slowly imbuing his music with a more experimental edge, indulging his own interests and idiosyncrasies rather than current trends.

Howard’s fourth album, Collections From the Whiteout, is the best example of that to date. Its genesis began a couple of years ago as the now-33-year-old, then-Parisian, was driving through Portugal, listening to songs from the PEOPLE Collective project spearheaded by Bon Iver’s Justin Vernon and The National’s Aaron and Bryce Dessner. One 17-minute looping track called “Santa Agnes” grabbed his attention, motivating him to start work on a new record, for which he eventually brought Aaron Dessner on board to produce. Initially envisioned as a kind of concept album, the reins on that idea loosened slightly. Rather than draw from his own life for lyrical inspiration, Howard crafted narratives about stories that had made the news—including the rise and fall of Russian fraudster Anna Sorokin, the dismembered body found floating in a suitcase in London’s Thames River, and the suicide-by-stolen-plane of Richard Russell.

Yet Howard—who now lives in Ibiza—imbues these odd, unlikely tales with the kind of raw emotion that’s always permeated his work. It makes for a fascinating record, one that reflects the unreal times humanity has found itself in, at once emotionally devastating and distant, familiar yet unrecognizable, lost but trying to be found.

In a way the new record is a very international album, made between New York, Devon, and Paris. Did that have an impact on the shape of these songs?

We had these little flashes in the studio where we’d have quite intense pockets, and then we’d just go home and talk about it for a while, and then figure out, eventually, when we could get in the studio again. Eventually, Aaron was in Paris, so we recorded in Paris, and that made it a bit easier. But I think it’s those little sporadic chunks that made it what it is, and just made us comfortable with the idea of it being a collection rather than a strict body of work that was recorded in four days flat. Which has never really been my comfort zone anyway—I’m terrible in the studio. I work very slowly.

I’ve always wondered myself, to be honest. I was talking to a friend the other day who recorded 44 songs in a studio session, and that seemed like an impossibility to me! I like to dwell on things and take my time and slowly piece the puzzle together. I’m not particularly rash. I’m always trying to take more time when making a record. Sometimes it helps, sometimes it doesn’t. I seem to do planning and questioning and am very meticulous, whereas some people just work harder. I think I’m always just looking for a little flash of inspiration rather than working on some great orchestral piece, and that kind of became what the record was—it was little fragments. I hate to use the word “vignette,” but these songs are little glimpses of life and of musical ideas. They didn’t even need to be completely finished—as long as the essence is there, it counts.

“I think I’m always just looking for a little flash of inspiration rather than working on some great orchestral piece, and that kind of became what the record was—it was little fragments.”

That sounds similar to the lyrical approach, where you used real life news stories rather than your own experiences. What made you choose those stories in particular? Almost all of them seem stranger than fiction.

I think we live in a time where it’s expected that we know and understand everything at face value. We live in a very literal time, and these were all little stories that seemed to point at different sentiments to the usual world-worn stories. None of them are great narrative pieces or anything. I’m not trying to write anything Dylan-esque. They’re not narrative profiles—it’s more whether there’s a sentiment that we hadn’t discovered or considered before, whether these stories asked a question that maybe transcended this very literal, fact-driven world that we live in.

At the same time, they’re all very heartfelt songs. What was the process for attaching your own emotions to these stories?

I don’t really know. I just like to pull on people’s heartstrings. I always feel my little corner in the much larger songwriting community is to present a sentiment. I’m not trying to solve the world, I’m not trying to create great characters, I’m just trying to capture sentiments that have a universality to them. I think my natural disposition is anything I hear that makes me ask more questions than I have answers for, and I think that’s representative of this album. I like to go down those little rabbit holes and ask a few questions and see if any of it stands up. 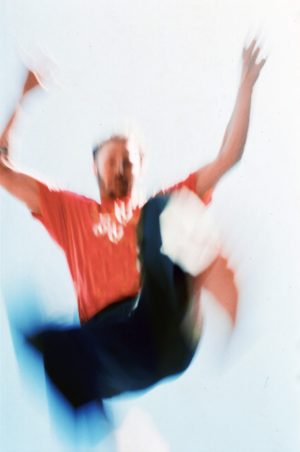 Do you feel freer now, ten years on from Every Kingdom? You’ve had time to grow into yourself—and the pressure of that record’s success isn’t there anymore. Do you feel you’re able to be who you are more now?

No. I think you’re constantly on this quest to reveal your own character and what that is. And I think the older you get, the less free you get—but you’re always searching for your own little place where you write from, and I think that changes. I really enjoyed making this record—to be able to make it with Aaron and just bounce ideas off each other was a great process. I suppose I definitely feel more positive outlooking on music.

When you started out, you had this reputation as a folk singer, and you’ve gently and gradually evolved from that. Yet there’s still a real collision between the old fashioned folk and this more modern music. Is that a natural combination, or is that something you really strive to create?

Melodic, folk-based music has always been my safe zone, but you’re always trying to ramble a little bit in the space around you and figure out what’s interesting to fuse together. I think you’re always just trying to find a little wiggle room and crave your own little niche in the creative world.

“We live in a very literal time, and these were all little stories that seemed to point at different sentiments to the usual world-worn stories. None of them are great narrative pieces or anything. I’m not trying to write anything Dylan-esque.”

Given the subject matter of these songs, was this album still a journey of personal discovery for you? Or was more of a musical experiment?

I’ve never really separated the two, they go hand in hand. Maybe not in terms of catharsis, but music is in its essence an exploration of emotion—and at its most incredible, it’s this complete emotional turmoil. For me personally, making music is always a fusion of the two. You always stick a bit of yourself into the record. I find it impossible not to. It’s just whether you can make that interesting enough so you don’t just make another depressing record that no one wants to listen to!

You’ve achieved so much in your career already, but do you have any specific ambitions for this record? Or is just the fact that you made it enough?

I think so. Records are a war of attrition—I find just getting over the finish line makes them worth putting out. There are no grand ambitions—I hope that it’s just something people feel strongly about.

Do you find that the meaning of your songs, and your relationships with them, change for you over time? Do they become something else for you after you write them?

Yeah. And I think that’s why I’m always reluctant to spell out every single element of a song, because feelings are supposed to change. It’s supposed to change with interpretation, and that’s one of the most interesting aspects of it all. Meaning can be quite an elusive thing. And actually, the most incredible moment is when you get presented with an image that you can’t get out of your brain, but you don’t know why. That’s what inspires me about records—at least other people’s records. Whether it occurs once or twice on this record, I don’t know. I hope so! FL