In Conversation: Kevin Devine on Giving New Life to Old Favorites on “Matter of Time II”

The Brooklyn native discusses looking back on his shape-shifting discography and looking forward to a future full of subscription platform options for artists.
Menu

The Brooklyn native discusses looking back on his shape-shifting discography and looking forward to a future full of subscription platform options for artists.

Kevin Devine has been around long enough that he used to premiere albums on MySpace, but over that time his catalog has become a language in itself, finding a constant balance between generous acts of love and urgent socio-political commentaries. And, joyously, Devine has transformed from a self-proclaimed “twentysomething idiot,” who word-vomited unedited confessions on rooftops while tripping on ecstasy, into a father openly reckoning with formative moments of his past with a new lens. On 2003 fan favorite “Ballgame,” Devine sang about unshakable behavioral patterns, the phases of self-destruction, and the failure that follows. But by the end of Instigator’s closing track “I Was Alive Back Then” in 2016, he rewired the past, nearly staking a perfect coda at the end of his discography, writing about finally “getting it” when his daughter, Edie, was born. “When I wrote that song, at that point in my life, I was like, ‘Well, if the aliens come tomorrow and destroy the planet, I wrote that song, and that’s a good place to stop,” Devine says.

Instigator was Devine’s last full-length release of new material. But now, five years later, he’s writing and recording again. Devine and his frequent collaborator Andy Hull (of Manchester Orchestra) released a new Bad Books record for the first time in seven years in 2019. At the beginning of lockdown, Devine launched the Kevin Devine Social Club on Patreon, where he rewards subscribing fans with private live stream shows, handwritten lyric sheets, and monthly exclusive covers. This past June Devine put out an EP, and his tenth full-length is recorded and mixed with the promise of a 2022 release date. But first, he’s releasing Matter of Time II, a follow-up to 2015’s Matter of Time, which compiled old songs he’s repurposed and given new legs.

Where Matter of Time’s focus was on tracks from Devine’s twenties, II lasers in on his last decade of work, with some mid-aughts cuts sprinkled throughout. It’s a labor of translation; a constant revitalization pointed toward Devine’s ongoing evolution of character; a natural soundtrack of the human condition and where it takes us. As the daily responsibilities of fatherhood (mine with a newborn puppy, Devine’s with his five-year-old daughter) beckoned the two of us to a phone call, I talked with Devine about subscription platforms, the excitement of revisiting old work, and much more.

Do you remember when you choked on a piece of gum during a rendition of “Brother’s Blood” in the basement of The 9th Ward in Buffalo?

Yes, I very much do. That was not great. What I really remember is talking about how that would have been an embarrassing way to die. When my partner and I started dating, that came up in conversation at some point. She was like, “Are you fucking crazy?” I was like, “Of all the things I’ve shared with you that could potentially be on the spectrum of problematic and in the interest of us being transparent adults, that’s the thing we’re concerned about?” [Chewing gum] is not the best thing to do while you’re using your mouth and breathing apparatus in a dynamic way in front of some amount of people who are looking at you. I don’t know if I’ve chewed gum on stage since that show.

“To me, the only operating principle is that I’m always trying to keep myself interested in doing something new with each release—something that’s different to both the thing that came before it but also the sound I’m trying to get better at.”

It’s been five years since your last LP of new work. What’s made you slow down for the first time in 19 years?

It’s funny to me that there are times where I think, as you age, time collapses this way. You know, the days feel long but the years fly by. And with my daughter, there are times where I feel like she came home 20 minutes ago. I can remember how it felt to load a bread-sized person into a car seat and drive her home—I don’t know if I was ever more aware of driving in my life. All of that feels like yesterday, but also all of that feels like it happened to a different person. Sometimes I look at Edie and see how she’s a person with preferences and temperament and intellect and inclinations and a sense of humor. It’s funny, the reason clichés exist is because they’re actually universal. Like, oh, yes, that’s the reason everybody says that stuff—it’s because it’s true.

Anyway, that’s just to say a lot has happened, coronavirus notwithstanding. I have to keep being reminded by my manager Zack [Zarrillo] that Instigator was five years ago—which is a long time, even though my life never feels that way. The internet’s the internet and I’ve been fairly active in my little corner of the playground, but that’s the longest we’ve had between proper studio albums since I started making them. And by the time there’s a next album, the headline tours for Instigator will have been six years ago, and that tour already feels like it happened last week but also 20 years ago, like everything to me now. 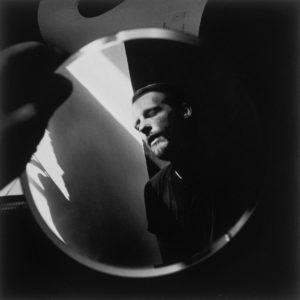 In June you put out an EP, No One’s Waiting Up for Me Tonight, and it’s much poppier than where you left us on Instigator. What’s been influencing you while heading in this new direction?

COVID really encouraged me to explore space, because I had nothing but space to explore. And it was an exploration I was sharing with my collaborators in Connecticut and California. We were sending files around and no one was standing in a room with [each other]. So the songs got to become widescreen, left to right. And, to me, the only operating principle is that I’m always trying to keep myself interested in doing something new with each release—something that’s different to both the thing that came before it but also the sound I’m trying to get better at. The influences were really more about specific touchstones and making something that’s dynamically satisfying and rich and diverse and gets there without it being, like, “Now I’m yelling,” or “Now I’m raising my voice.” Not that those things never happen on my records, but on the EP it’s become a question of, “How do you find ways to explore the different colors of your songwriting so it’s neither just solo guy nor rock guy, but something else?”

You were one of the first artists to dive headfirst into utilizing subscription platforms and livestreams as ways to survive during the pandemic. Has Patreon changed your perspective on how artists can effectively make a living by sharing their work?

What’s interesting about that is it was an accident of circumstance. In 2013, I did Bubblegum and Bulldozer, which we funded through a Kickstarter campaign. At that point, I’d made six studio records with five labels in America. Now, if you’re having that nomadic label experience, everything’s dynamic and nothing’s a vacuum. The thought process was, “The strength of my career is largely centered by my relationship to the audience that I have, so let’s go directly to them.” And, that was an insanely successful thing. Sometime shortly after Patreon started, they actually reached out to Zack [Zarrillo] and me. They must have done some research on successful crowdfunding campaigns. I remember having a call with somebody at Patreon and thinking, “That’s a really cool platform, but now is not the time. Let’s keep it in mind and we’ll see how it develops.” Fast-forward to the start of COVID and, because we had Patreon in our back pocket, we ripped off the Band-Aid and asked our peers and they were unanimously interested.

I think most of what has happened for us as a successor of Patreon is, first and foremost, the enthusiasm of our audience and the engagement capacity they have for what we make. The accident of fate and timing makes us look smarter than we are. Even if regular touring comes back, I see Patreon now as this whole other wing, archivally, expressively, and communicatively. I think some amounts of it will fluctuate, some people will leave, some will come in, and it’ll move around, shrink, and expand. Of course, I love touring and playing, but I also have a five-year-old and a relationship. So there’s a part of me that also thinks, “The more time I get to spend at home, making music in a way that’s still connected to my audience also sounds appealing.”

What’s your relationship to the past, and why does it sometimes send you reaching backwards in search of new ways to perform it?

I think the goal is trying to bring the songs back to where you’re standing. For me, all of the songs feel like they happened to me and also like they happened to somebody else a million years ago, and some of them sort of did both of those things. I always liked the idea that songs change, because part of the idea of live music—even if you’re playing music that’s fairly structured—is that it’s slightly different every time you play it, just by nature of it being a human endeavor. And by making the songs different every time, you can change their words, too. It doesn’t just have to be the way you play the solo or the fill the drummer uses. And that gave me a skeleton key into communicating with my songs as I age, because I don’t feel exactly the same way at 41 that I felt at 23 or 26 or 29. It’s a way to keep everything evergreen and keep the songs accessible in a way that, if I get up and play a show, I can play stuff from 2003 and have it all feel like part of the continuum.

Matter of Time II takes direct aim at Bubblegum and Instigator, with some older cuts sprinkled in. How do you choose which tracks get a repurposing?

I want to pick things that are exciting to me to revisit in those ways. Songs like “No Why” on Instigator and “Bubblegum” are fun, adrenalized punk kinds of songs. We try our best to capture those that way on record, but the funnest way to hear them is by standing in a room while someone’s, like, aggressing them at you. Everything since Make the Clocks Move has been a cycle of self-reactions. I liked the songs on that record and I feel confident about them. But I also feel like I’m sort of starting to sound like a version of myself that’s evolved over time. So to go back to that first record and revisit stuff that was made in basements 19 years ago and treat it the way we treat things now, that’s exciting. FL