The 2006 LP gives us a snapshot of a band working through the kinks, establishing a framework for an impressive future catalogue.
Menu

The 2006 LP gives us a snapshot of a band working through the kinks, establishing a framework for an impressive future catalogue. 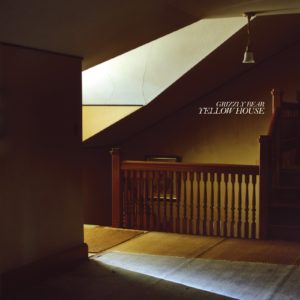 “Completism” is an idea that started in the sci-fi/fantasy fandom community, and when you consider the breadth and length of some of that genre’s book series you see lining Barnes & Noble shelves, you can see why. These are fans with a certain blend of devotion, insanity, and obsession. I don’t know exactly when my completist tendencies took hold, but they’re pretty influential on my artistic consumption. To put my passionate compulsion into a music-based context, I currently have two running Google Sheets tracking every album I’ve listened to in 2021 (currently sitting at 221) and the ambitiously named sheet “Every Album Ever,” in which I make a futile attempt to log…well, you get it.

The thing about completism is that even as I embark on my journey of listening to everything, I kind of know it’s not all going to be, well, good, and certainly not all great. And yet I want to listen anyway, because if I don’t, my experience won’t be complete. Which brings me to Grizzly Bear’s Yellow House, an album with all the ingredients to make it a Completist’s Choice. Is it great? No, but it is essential nonetheless. Yellow House may not hit the high points of the band’s subsequent work, but what it does do is give us a snapshot of a band working through the kinks, establishing a framework for an impressive future catalogue, and, most importantly, proving why completists are not necessarily insane.

To fully understand where Yellow House fits into the Grizzly Bear catalogue you have to understand what Grizzly Bear was early on, and how quickly that changed. Neon Indian, Panda Bear, Bon Iver, Passion Pit, Slippery Possum—the aughts were simply spilling over with one-man bands (OK, yes, I made that last one up) and, at first, Grizzly Bear fit that mold. 2004’s Horn of Plenty was bedroom noodling at its most Brooklyn-in-the-early-2000s, and Ed Droste was very much the be-all-end-all of that experimental, droning, pseudo-pop subgenre. It wasn’t until Droste started playing the songs live that he linked up with the future Bears—guitarist and songwriter Daniel Rossen, production wiz Chris Taylor, and the chef’s-kiss-named Christopher Bear. To Droste’s credit, he ran as fast as he could from any solo-genius posturing, seemingly relieved to have Grizzly Bear become a full-band effort and immediately dolling out praise and credit: “It’s such a debut for the band that it’s just amusing,” Droste said of Yellow House to Pitchfork back in 2006. “I’m not the genius behind it. Let that be known.”

Perhaps it’s why it works so well, but Droste isn’t the only one uninterested in taking center stage on Yellow House—or any other future album, for that matter. It’s true that together Grizzly Bear became something much grander than Droste originally conceived, but it’s not as if Rossen’s songwriting prowess or Taylor’s engineering strangled the life out of what Droste created with Horn of Plenty. Grizzly Bear—plural—simply became what they were always meant to be: a band of flourishes, ideas stacked and layered, brush strokes over collage pasted on a sculpture. Where one member’s influence ends and another’s inspiration begins is wonderfully muddled, which seems to be the point.

That’s not to say it all came together seamlessly. Yellow House, as Droste admits, is essentially a debut record, and it can often sound like it, even if it’s clear the band is on the right track.  “Knife,” a song that begins with a drawn-out intro before finding its footing atop a rolling drum pattern and the repetitive plinks of a sunken keyboard, has many of the moves the band would use moving forward on songs like “Ready, Able” or even their crossover hit “Two Weeks,” but without the punchy confidence that made Veckatimest such a rousing success. There’s something slightly tangled about “Knife,” as with other Yellow House standouts like “On a Neck, On a Spit” and “Lullabye.” Again, all the classic Grizzly Bear ingredients are there—boiling key changes, funhouse harmonies, caustic beauty—but like a new cook fumbling around an unfamiliar kitchen trying out a new recipe, Yellow House is often undercooked or crisped just past the point of salvaging.

Which returns me to completism. Yellow House is not a bad record, but let’s face it: the candle slips from its fingers when faced with its superior successors. So why choose it over the prospect of listening to Veckatimest for the hundredth time, or queuing up “Yet Again” yet again? Because, dammit, your life will not be complete without it! OK, so maybe that’s just me. But still, I like to believe there’s value in hearing a band feel around in the dark, finding loose footing, balanced but not secure, especially with the knowledge they’ll one day walk the tightrope with ease. The album before the album is invaluable to any musician and, in the case of Yellow House, can be equally as essential to the listener.