This is Jason Molina at his most uncut and unadorned, less an album than a found-audio recording.
Menu

This is Jason Molina at his most uncut and unadorned, less an album than a found-audio recording. 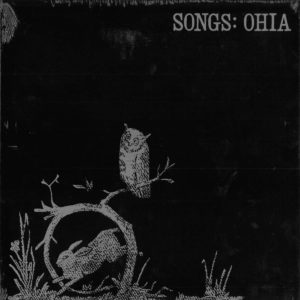 There’s a moment toward the very end of the two-decade-old found footage horror movie The Blair Witch Project where the camera finally drops, knocked to the ground, presumably by the titular witch. It’s in this moment you believe, despite all common sense to the contrary, that all the nerve-boiling emotional turmoil you just witnessed was, in fact, real, unrehearsed horror. Ask my skittering pulse and the lump in my throat if this was a fiction film or a documentary or scary story to tell in the dark and—shut up, did you hear that? What was that noise, shit!

This is where my brain goes when trying to find ways to describe first hearing Songs: Ohia’s debut self-titled record—not to musical antecedents, not to folk-music stylings, not to some grab-bag of adjectives, but to that damned Blair Witch. Jason Molina would go on to release dozens of records under a handful of monikers, records that fit more nicely into the categorical leanings of fans and writers, but none capture the otherworldliness of Songs: Ohia. This is Molina at his most uncut and unadorned, less an album than a found-audio recording, something handed down, rusty and worn, something that elicits a feeling I’ve yet to fully shake.

In a backwards way, this ramshackle debut record might be Molina’s crowning achievement, at least sonically. As Erin Osmon describes in her Molina biography, Riding with the Ghost, the songwriter was obsessed with authenticity throughout his career, insisting on the validity of first drafts. In this way Songs: Ohia, recorded to an 8-track tape over one afternoon while Molina played much of the album alone on the toilet, might have been his artistic ideal. And it’s hard to picture these songs any other way—the subtle backing flourishes playing perfectly against the whispered howl of Molina’s front-and-center vocals. There’s things you might gain from a more polished recording process but, as Molina would have likely insisted, you’d lose far more. By showing every stitch, Molina made something that felt perversely pure of any effort at all. These were songs whose creation was not only authentic but nonexistent altogether, songs with no life beyond their full-fledged being.

This kind of spectral existence would have no doubt appealed to Molina, who was a firm believer in ghosts and spirits of all kinds. Nowhere else in his discography does that come through more clearly than here, where the feeling of transgressive trespass floats over every song. Whether it’s the “fewer greater former ghosts” of album opener “Cabwaylingo” or the “older inhibitors” refusing to vacate in “Blue Jay,” these are songs where things do not need to be seen to remain literal. Then there’s the ghost-like quality to the album as a whole, which feels less like a collection of songs than the contents of some long-forgotten sock drawer, diaries and tokens of lost love beside voodoo dolls and, yes, twig-spun dolls. Never again does Molina sound quite so haunting, his voice quivering and spell-binding, a whisper down a dark hallway, a loose shutter flapping in the horizontal wind and rain.

But to focus squarely on the otherworldly quality of Songs: Ohia is to give short-shrift to just how well Molina can unstitch the present. There are moments where you only get an outline of the strife that runs through the album, but the outline is plenty. Take the devastating refrain of “Gauley Bridge”: “If I have been too constant, then you were this thing also.” You practically hear the argument, a particularly fiery one, ending in such a declaration, a snarling admonishment in which constancy is a curse. It isn’t a particularly cutting sentiment, but it remains printed on the brain nonetheless. “Our Republic,” another clear reference to Molina’s love life, interchanges trouble and passion throughout its verses, giving a glimpse into the writer’s belief in their inextricability, the song becoming almost apologetic in its repetition.

Molina would come to distance himself from much of what is included in the album, in no small part due to the relationship that inspired its content, but that only gives the ghosts that haunt this record all the more strength. It was part of Molina’s psyche to move on from songs as soon as—if not before—they were completed, but ghosts are unconcerned with progress. Song: Ohia sounds like an album from a man out of time, singing folk songs new and ageless, but the reality is much different. This isn’t some found-audio recording but the beginnings of what would become an influential and essential discography.