Marvel’s “Avengers: Age of Ultron” entertains, but stays the familiar course set by the unstoppable MCU.

No one will be surprised to hear that Avengers: Age of Ultron is too long—all Marvel movies are. What might surprise some is how well the film utilizes its length. It’s easy to look at any of the promotional posters and wince at the ever-growing number of characters Marvel seems intent on cramming into two and a half hours, but writer/director Joss Whedon is up for the challenge, giving each fan favorite (because really, what Marvel character isn’t a fan favorite?) his or her due screen time—screen time that is almost always shared with other characters, as Whedon clearly understands what makes the Avengers fun.

And there is no shortage of fun in Age of Ultron. Character work and quippy asides abound—risky for an already overlong film, but necessary. Though the runtime could have been edited down to ninety minutes by excluding all of the scenes in which the Avengers just hang out and talk, the film would feel twice as long. Scenes like the one where Clint Barton/Hawkeye (Jeremy Renner), Tony Stark/Iron Man (Robert Downey Jr.), Bruce Banner/The Hulk (Mark Ruffalo), and Steve Rogers/Captain America (Chris Evans) each drunkenly try (and fail) to lift Thor’s hammer are the lifeblood of the Marvel Cinematic Universe. It is scenes like this that set Marvel’s films apart from other, darker superhero franchises by keeping the audience too entertained to notice that every MCU film has essentially the same plot.

Beyond being merely entertaining, for fans, these scenes are inclusive, essentially inviting the audience along as the ninth Avenger. When Ultron (voiced impeccably by James Spader) crashes the party in his brilliantly disturbing first incarnation, dripping oil all over the floor of Avengers Tower, the tension is as strong as if it were our own home being invaded. When Iron Man razzes Cap about his aversion to foul language, or Thor (Chris Hemsworth, finally used properly as comic relief) says something disproportionately dramatic, we laugh knowingly. We’re in on the joke and part of the group, which raises the stakes exponentially. And in a universe where we can be relatively certain no major characters will die, stakes are hard to come by. 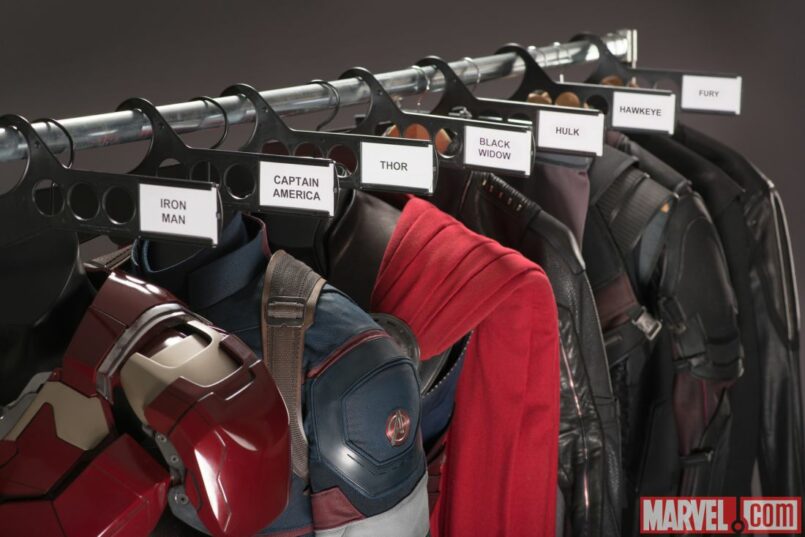 The action scenes are impressive (Hulk fans will be pleased), but occasionally tiresome—there are only so many ways to beat up a robot, and Ultron is a pretty lame villain once he graduates from the creaky, dripping, lopsided mess of metal and wires he first appears as (now that would have been a fun fight to watch). Less impressive, is the shrug-fest that is Natasha Romanoff (Scarlett Johansson) and Bruce Banner’s budding romance—not to mention the vaguely sexist backstory Romanoff’s Black Widow gets (a desperate attempt to paint her character as even remotely interesting). Thankfully, Elizabeth Olsen kills it as Wanda Maximoff/Scarlet Witch, perfecting the balance of vulnerability and power that the character is known for, hinting at a degree of mental instability that could come into play in future films, and finally giving us the awesome female Avenger we deserve.

It’s clear the MCU has been set on cruise control—each new film sets up just enough of the next one, raises the stakes a predetermined amount, and has the same structure as the one that came before it. Sure, they could take more risks, but Marvel’s formula seems to have worked so far, and if it ain’t broke, don’t fix it. FL