Fax machines, lobsters, Sonic Youth, and all the trigger cuts responsible for “The Secret History” of arguably the greatest band of the ’90s.
Menu

Fax machines, lobsters, Sonic Youth, and all the trigger cuts responsible for “The Secret History” of arguably the greatest band of the ’90s.

When diving into the finer details of Pavement’s beginnings, just as when living beside a spiral staircase, it quickly becomes difficult to keep everything straight. Prior to the indie-rock legends’ official formation, frontman Stephen Malkmus was living in New Jersey with his fellow Silver Jews David Berman and Bob Nastanovich, but the group’s initial releases—three groundbreaking and mysterious EPs—were in fact made with Scott Kannberg (a.k.a. Spiral Stairs) (a.k.a. The Winner of Everything) in Stockton, California, as projects meant to assuage boredom when Malkmus would return home for short stints. Gary Young, a notorious local punk figure, recorded the EPs, and eventually became the band’s full-time drummer—except at first it was a guy named Jason Fawkes, and that was before Nastanovich came onboard as a secondary percussionist, and what were we talking about again?

Speaking by phone from his home in Los Angeles when discussing The Secret History, Vol. 1—a reissue of B-sides, alternate cuts, and live performances from the Slanted and Enchanted era—Kannberg chuckles a lot when posed with questions about the band’s pre-Matador days, seemingly because, to him, Pavement wasn’t even a real band yet. “It’s funny—I just talked to my ex-wife the other day, and she reminded me that I gave her the very first Pavement single,” Kannberg remembers. “And I said to her, ‘This is my band,’ and she said to me, ‘You guys aren’t a band!’ [Laughs.] I was like, ‘You know what? You’re right. We’re not a band.’” 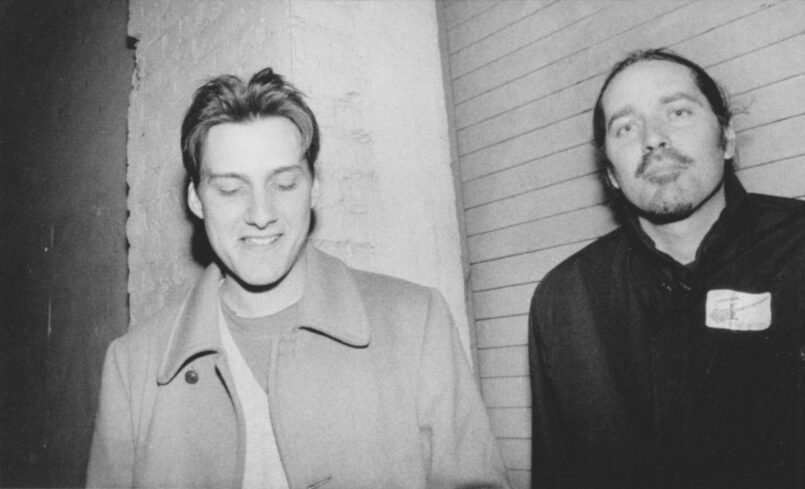 photo by Gail Butsensky / courtesy of the Spiral Stairs Archive

Meanwhile, in Des Moines, Iowa—about 1,600 miles away from Kannberg—Bob Nastanovich, who has spent much of his post-Pavement career working extensively in the horseracing industry (even going so far as to breed his own horses with names like Finish Your Drink and Hula Hoop), also took some time to talk about what things were like before Crooked Rain, Crooked Rain and “Cut Your Hair” made the band a household name.

“I never thought that it would amount to that much at all,” says Nastanovich, who served as a self-professed “auxiliary” member, musically speaking, but as an essential member, stylistically, from the early touring days on. “Stephen is a great songwriter, and I knew that, but I didn’t know that everybody else would think it was so great.”

In conversation, Kannberg and Nastanovich both downplay the role that lingering distance and traditional expectations had at the developmental stage—particularly since the group’s unusual way of approaching typical industry practices remained constant during the ten years that Pavement burned on. “We were never really a tight-knit band,” notes Kannberg. “So living on other coasts didn’t really matter because we were used to it.” 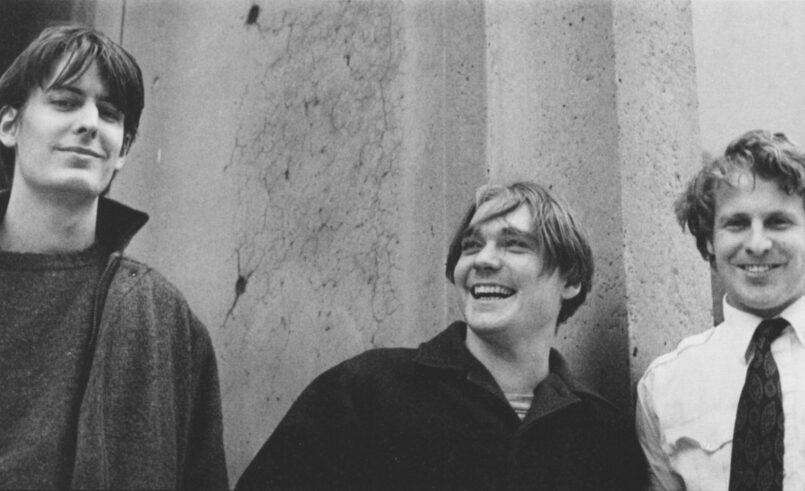 photo by Mette Tronvoll / courtesy of the Spiral Stairs Archive

Running off of buzz from the EPs and interest developed by small-scale touring, Slanted and Enchanted became something of an underground hit well before Matador officially stepped in to release it in 1992, at which point Pavement finally began treating themselves like a real band. “It was fun—it was exciting getting a fax from Matador saying, ‘Hey guys, here’s the contract!’ and it’s like, just a one-page little thing,” chuckles Kannberg. “I had to show my father, and he was like, [gruffly] ‘Well, I dunno.’ [Laughs.]”

“There wasn’t a whole lot of sex in there, but there was plenty of drugs and rock and roll.”—Bob Nastanovich

The album went on to be a mammoth achievement, as the accolades and reissues show, but at its core, the approach was the same as the EPs: just Malkmus, Kannberg, and Young in the “studio” figuring out what exactly Pavement was. It wasn’t until after the album was finished that Nastanovich and bassist Mark Ibold joined the group—the former serving mainly to anchor the songs rhythmically in concert against the potential craziness (or drunkenness) of Young. But despite the curiosity of this arrangement, Nastanovich and Kannberg have nothing but admiration for what Young brought to Pavement.

“When I think of Slanted and Enchanted,” says Nastanovich, “although Stephen wrote most of the songs and Scott participated in the songwriting as well, it really is sort of Gary’s work, to me, in terms of shaping a band from a project into a real act.”

Beyond the touch he lent as drummer and engineer while recording the album, Young’s tour antics are the stuff of dive bar lore—an accreditation that proved invaluable in terms of getting people to show up, but which also served as a double-edged sword for the rest of the band, who were exhausted by the added strain and unpredictability.

“I’m not kidding, people would complain, like, ‘There’s a really aggressive, drunk homeless guy out there,’ and I’d be like, ‘Oh, that’s my drummer, man,’” Nastanovich remembers. “That happened a lot… I mean, that guy, he lived hard. There wasn’t a whole lot of sex in there, but there was plenty of drugs and rock and roll.”

Still, between the mid-song headstands, the onstage watermelon slicing, and the giveaways of real estate flyers and toothpicks of swiss cheese at the door, everybody seems to have a favorite “Gary story” now that they’ve made it out alive.

“We were about to go onstage in Boston and we couldn’t find him anywhere,” says Kannberg. “And we all went onstage and all of a sudden, here comes Gary trying to get through the crowd. People’re like, ‘Who’s this guy?’ And so he gets up onstage and he’s got two live lobsters in his hands. And he says, ‘Hey, while in Boston, what’re you supposed to do?’ [Laughs.] So he sticks them right on the stage and goes and plays drums. I don’t know what happened to the lobsters. I think the crowd just took ’em and threw ’em around.”

“I think we were as professional as we ever were at that time. But we were also pretty punk rock.”—Spiral Stairs

Perhaps under the pressure of animal rights activists, Young’s time with Pavement was numbered (he left the group in a “you can’t fire me because I quit” moment in Copenhagen at the bitter end of the Slanted tour), but his contributions echo on in The Secret History, Vol. 1—particularly on the 1992 live set recorded when the band was opening for Sonic Youth, included at the end of the compilation. “We played really good shows on that tour with Sonic Youth because they were our heroes and we really wanted to impress them,” says Kannberg. “I think we were as professional as we ever were at that time. But we were also pretty punk rock.”

Serendipitously, that set was performed at the Brixton Academy in London—the same venue where Pavement would eventually play their last show before breaking up in 1999. Musical generations have since passed, but as evidenced by their massively successful reunion tour in 2010 (and much to the chagrin of Billy Corgan), Pavement’s legacy is rock solid. And for the record, both Kannberg and Nastanovich are game for a new album or tour if the rest of the band can step away from their fantasy basketball teams for long enough to make it happen.

“The thing is,” notes Nastanovich, “if 2010 is anything to go by, the people who like [Pavement]—whether they’re fifteen or fifty-five now—they’ve retained their enthusiasm for the songs. And so it’s pretty awesome to get up there and play and completely botch a song like ‘Trigger Cut’ and still have people cheer, you know?” FL