The Entertainment Community Responds to the Horrific Attacks in Paris

“And third, it is important to remember that nothing about what these assholes are trying to do is going to work.”
Menu

The Entertainment Community Responds to the Horrific Attacks in Paris

“And third, it is important to remember that nothing about what these assholes are trying to do is going to work.”

After the chaos and brutality of Friday’s attacks in Paris—in which 129 people were killed in several places across the city, including at an Eagles of Death Metal show at the Bataclan—finally subsided, expressions of immense sadness, reflection, and unwavering support for the people of France began to roll in. Friday evening in Washington, President Obama made a heartfelt statement about coming together in the face of terrorism, saying, “This is an attack not just on Paris, it’s an attack not just on the people of France, but this is an attack on all of humanity and the universal values that we share.” French president Francois Hollande stood strong while speaking to his country and the world that night as well, stating that “We will lead the fight and we will be ruthless.”

Across the world, people offered their thoughts and prayers for Paris, including many from the arts and entertainment community.

John Oliver summed up the feelings of much of the world this weekend with an excellent “moment of premium cable profanity.”

Stephen Colbert and his team only found out about the attacks after they had taped their Friday show. Colbert was emotional as he added a new ending to that night’s broadcast: “We add our thoughts and prayers to everyone in Paris.”

Instead of performing a new bit for its cold open, this weekend, Saturday Night Live sent a simple bilingual message of love and support to Paris.

On Sunday, the artist formerly known as Mos Def released a brand-new song off of his upcoming mixtape entitled The Human Being (My Favorite Band) as a response to the Paris attacks. While “NO Colonial Fiction” is not about the attacks in France specifically, in an interview, Yasiin Bey stated that “none of this stuff is separated. Everything from Tamir Rice to [the] Paris shootings to what’s happening to the students in the University of Missouri…to what I’ve been experiencing in the negative in South Africa. It’s all connected. It’s all the same thing.” 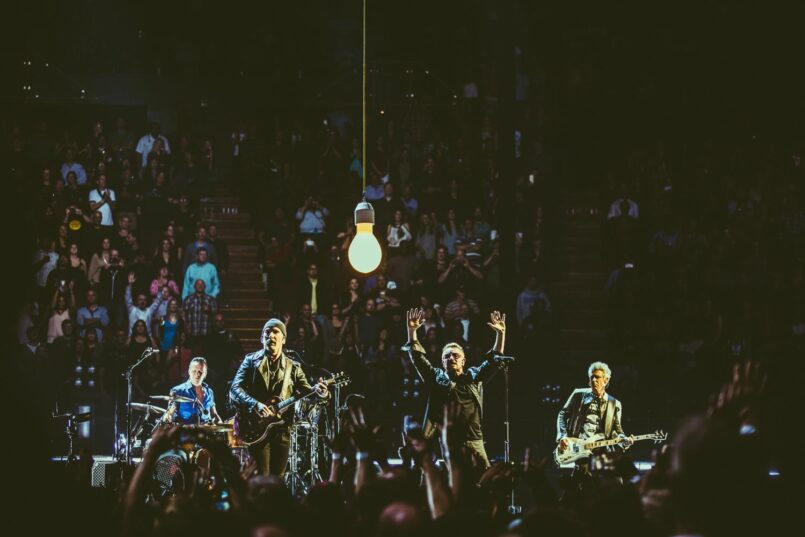 U2 / photo by Rozette Diaz Rago

U2 had to cancel their upcoming HBO special set in Paris due to the attacks, but the band visited the mourning sites for the victims the day after. Bono spoke about the power of music and fear:

If you think about it, the majority of victims last night are music fans. This is the first direct hit on music that we’ve had in this so-called War on Terror or whatever it’s called. It’s very upsetting. These are our people. This could be me at a show. You at a show, in that venue. It’s a very recognizable situation for you and for me and the coldblooded aspect of this slaughter is deeply disturbing and that’s what I can’t get out of my head.

At a promotional gig in Los Angeles, Coldplay dedicated a somber version of John Lennon’s “Imagine” to the French city. 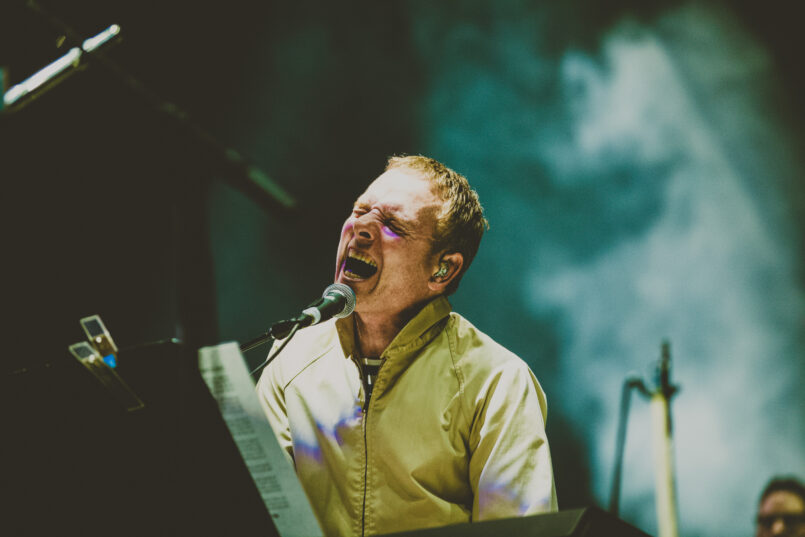 NME reported that several shows that were scheduled for this week will still happen despite the unrest and aftermath of the attacks. Those who will be using music to heal include Jamie Woon, Julia Holter, Mercury Rev, Craft Spells, Simply Red, Chilly Gonzales, Hot Chip, Titus Andronicus, Ducktails, Little Comets, Majical Cloudz, Protomartyr, Gnarwolves, FIDLAR, and Belle and Sebastian.

We at FLOOD add our thoughts to those expressed above.

Titus Andronicus and FIDLAR have both cancelled their Paris shows. As SPIN reports, both bands announced their cancellations this morning.

“It is with great sadness to announce [sic] that our Nov. 19th show at Le Trianon Hall is postponed,” FIDLAR posted on their Facebook. “Our hearts go out to all the people of Paris.”

“The brutal assault on this sacred space offers no clear path forward and, without precedent to guide us, we must err on the side of caution, for the sake of our fans, our touring staff, and the venue staff, in addition to ourselves,” Titus Andronicus wrote on their Tumblr. The group were scheduled to play Paris’s La Mecanique Ondulatoire on Wednesday night. “We salute the courageous people of France now carrying on undaunted in the face of these atrocities. We abhor violence of any kind and fervently wish for a unification of our whole human family—remote as that possibility may seem, let us not lose hope for the better world to come.”

Both bands plan on making up the dates.