Download All: “The Best Show” Is the Stuff You Need

Download All pays tribute to the cult obsessions, strange thrills, and hidden rewards of Earth’s newest and most underestimated artform: the podcast.
Menu

Art & CultureStaff Picks
Download All: “The Best Show” Is the Stuff You Need

Download All pays tribute to the cult obsessions, strange thrills, and hidden rewards of Earth’s newest and most underestimated artform: the podcast.

No one who listens to The Best Show is an only child, for they show up to gather around the Ultimate Older Brother.

Those who tune in, whether it’s for the live stream from 9 p.m. to 12 a.m. on Tuesdays (that’s EST, of course—the time zone of people who will always be a few steps ahead of you) or via the podcast afterwards, must resign any self-recognition as “cool.” If they have an opinion, they can share it, but they sure as hell can’t defend it. If he disagrees with their outlook, his judgment is instantaneous, and you’re on borrowed time before you’re cut off mid-sentence by that most dubious of Best Show honors: The Hang-Up. “Get off my phooone!”

He is our host, Tom Scharpling. As the Jungian, mythological Older Brother archetype, Scharpling teases, torments, dictates, spins records, busts balls, broadens your horizons, sets you straight, and always entices you with a rare pat on the back—if you earn it. He embodies that line between authority and idolatry familiar to anyone who’s taken a shortcut to credibility by borrowing an opinion on life from someone who’s too cool for you but will reluctantly share space with you for an hour or two (or three) to enlighten you.

Now, wait. Let’s hang up this description before we get hung up on. If you’re unfamiliar with the show, you might be forming an idea in your head: aggressive talk-radio-bullying that built its dedicated army through alpha-male shock-jockery, a Stern-Imus-Mancow type.

But that’s nowhere near the appeal, nor the intent. Long-time FOTs (Friends of Tom) would reject any comparison between older-brother Scharpling and perverted-uncle Stern. For example: his strict enforcement of a no-swearing rule, a policy carried over from his tenure on live radio into the Wild West of internet radio and podcasts. Flummoxed callers who drop an “Oh, shit” get unceremoniously booted and decried as “toilet mouths.” Even The Nerdist’s Jonah Ray was put in a ten-minute timeout for dropping not one, but two f-bombs into an enthusiastic Star Wars rant.

As the Jungian, mythological Older Brother archetype, Scharpling teases, torments, dictates, spins records, busts balls, broadens your horizons, sets you straight, and always entices you with a rare pat on the back—if you earn it.

Besides, the gladiatorial thrill of waiting for the thumbs-up or thumbs-down aimed at pop-culture targets wouldn’t sustain a single span of three hours, let alone the thirteen years (!) Scharpling hosted The Best Show from the New Jersey-based WFMU before independently relaunching it in 2014. So what is it about The Best Show, specifically, that inspired a cult following so passionate? What keeps people counting the days to Tuesday night?

The key to appreciating what’s extraordinary about The Best Show is the moment a kid calls in.

In that instance, The Best Show is revealed to have less in common with Stern than a different sort of New York institution.

In Street Gang, his history of the development of Sesame Street, Michael Davis describes Oscar the Grouch’s origins in adolescent psychology as “non-destructive deviance.” Oscar demonstrates that providing children with a character that displays a consistent contrarian viewpoint, exaggerated negativity, and a gentle tendency toward disorder and confusion can reinforce those kids’ senses of self, promote civil decency, and boost safe, reassured risk-taking. That’s why Sesame Street still feels like a welcoming and encouraging space, despite the green monster waiting to pop out of the nearest trashcan to berate you.

When someone under ten calls into The Best Show, Tom leans into his gruff voice rather than easing off. He talks without any condescension to the tykes, to endearing and comedic effect (“What do you think of this season of Girls?”). It comes off as disruptive and silly to the kids, who giggle as they play along. The call ends, and Tom moves on to the next one without missing a beat, but the encounter’s purity reveals Scharpling’s carefully weighted balance between personality and performance.

That’s when you first realize the deepest, truest appeal of The Best Show: not exclusion, but inclusion. He’s created a safe space, and if you come correct and defer to the ringmaster, you’re always welcome. Comparisons to Sesame Street might seem reductive, and certainly risk the ire of the Ultimate Older Brother (The Muppets have been recurring felt-covered punching bags for Scharpling’s contempt over the years), but the show’s current iteration has more in common with successful children’s entertainment than not.

Look at the stable of characters provided by Jon Wurster, the beloved second half of Scharpling’s comedy duo. Wurster infiltrates the regular callers, barely veiling his voice as he portrays a roster of antagonistic oddballs calling in from fictional Newbridge, New Jersey. Wurster’s personas reveal their bizarre endgames in sketches that flesh out Newbridge’s imaginary geography with the same loving attention to detail as Sesame Street, Mr. Rogers’ Neighborhood of Make-Believe, or the Hundred Acre Wood. The difference is that the overt personality disorders of its denizens have adult-world consequences. Wurster’s “Philly Boy Roy” is every bit as naive as Grover, but Grover’s not expected to hold a job or defend a stance on Frank Zappa.

The deepest, truest appeal of The Best Show isn’t exclusion, but inclusion.

The recurring characters aren’t limited to Wurster’s creations. In fact, real world repeat callers can be so colorful they make Wurster look dry by comparison. Listeners relish a visit from friendly neighbors like the Zen concertgoer Jelloman, who sells Jello shots at festivals nationwide like a delinquent Johnny Appleseed; or the deadpan dispatches of BeBe from Las Vegas, a calm monotone in a neon storm; or the sublime oddity of the being known as “Avalanche Bob,” a senior citizen who shares his patented musical style self-described as “yodelin’ punk.”

In the studio, there are the familiar straight faces that ground us and round out the supportive family unit, like Dudio (as in, the Dude who built the studio), and AP Mike (as in, Associate Producer Mike), the good-natured chuckler whose position as trusty right-hand man means he’s often arm’s length from Tom’s tough love. And despite (or perhaps inspired by) Tom’s distaste for Muppets, nothing pushes the show into hysterics faster than Tom’s hand-puppet alter ego, Gary the Squirrel, who combines insult comedy with a manic falsetto delivery that reduces guests to belly laughs. 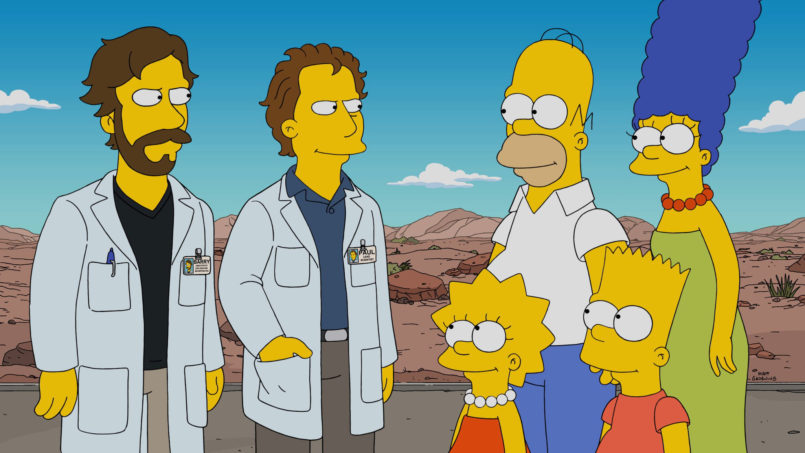 Wurster and Scharpling meet The Simpsons

And then there’s Tom himself, inviting us into his home. His performance has been likened to an old-school mischief-maker like a Marx Brother or Bugs Bunny, but his world-weariness suggests a working class Pee-wee Herman who had to mortgage his Playhouse. Instead of “The Secret Word,” this beleaguered host amuses himself and his audience with gags like “Bad Company,” wherein he slowly raises the volume on the song of the same name to drown out dull callers who talk too long. Though he does pepper his rants with a blue-collar patois of “Secret Words” that give FOTs a similar jolt of recognition: “Animule.” “Gorilly.” “Boo-foon.” “Pre-vert.”

So there’s the real appeal, the result of years of thoughtful world-building. Tom is the intersection of Pee-wee and Willy Loman, and that makes his Playhouse a kids’ show for adults. Not in the sense of R-rated “adult content,” but in amplifying the disillusionment and resignation you find on the other side of growing up. Did your dreams come true? Did you become what you thought you’d be? Are you watching everyone else get ahead? Well, join the club. More specifically, Tom’s.

After tragedies of a certain scale, children’s shows are called upon to address such situations in a way young audiences will understand. Consider the clip of Mr. Rogers, everyone’s sainted late grandfather, that circulates online to console people in the wake of violent world events. His demeanor is soft and composed as he soothes from beyond the grave: “Look for the helpers. You will always find people who are helping.” In a helpless state, we all want to look for grown-ups, too, for emotional guidance.

Scharpling’s world-weariness suggests a working class Pee-wee Herman who had to mortgage his Playhouse.

The episode of The Best Show that followed the June 12 Orlando massacre presented an unexpectedly broad topic: “Best Candy Bars.” Tom introduces the segment: “Who doesn’t love a good candy bar, right? Talkin’ about candy bars is super fun, and we’re doing it and having a great time doing it, because there’s nothing else goin’ on.”

After hollow chats with callers about Whatchamacallits scored by Lesley Gore’s “Sunshine, Lollipops and Rainbows,” the sunny pop music fades away, replaced by the ambient noise of howling winds, and Tom’s voice sinks an octave.

“What are you supposed to do?” he groans. “It seems like it’s getting worse. And again—I try to be positive! I really do! …But is hope enough sometimes? Just everybody sticking together and trying to be hopeful and look out for each other?” No longer able to leverage the perpetual optimism of Mr. Rogers, we look to Mr. Scharpling in his version of an educational “Very Special Episode” for the only thing more ageless than hope: heartfelt commiseration. And wouldn’t you know, admitting a sense of helplessness…helps.

There are sad sacks, misfits, and weirdos of all ages—real and imagined—nodding along with Tom Scharpling, the Complainer-in-Chief, everyone’s Older Brother. You, too, can be one of them. Mirth, music, and mayhem: it may not be everything you need, but it’s a (bleep)in’ good start. FL 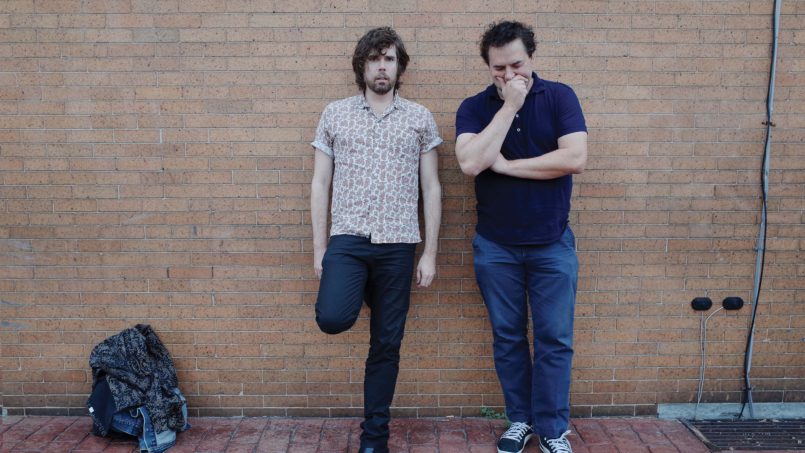 The world of The Best Show is vast and complicated. Here are three entry points to get you started.

A top-notch sampler of wackiness from end to end, with some of the best of The Best: rapport with kids, Star Wars riffing, an instant-classic Wurster call from Peyton Manning’s fake brother, a visit from Gary the Squirrel, and Avalanche Bob improvising a love…uh, “song.”

For one hour, the Black Belt in Bellyaching can’t voice a complaint, no matter what infuriating topic comes up, or $10 per outburst goes to each of the producers and a local animal shelter. That hour ranges from long-time callers lovingly pushing Tom’s buttons to tone-deaf newcomers insulting his appearance as the tension mounts to Hitchcockian levels and the dollars keep adding up.

The creation of loosely-structured, highly-opinionated lists has been a Best Show tradition since the WFMU days, and this cascade of cultural grumpiness washes over everyone from Mr. Peanut (“the ultimate villain”) to the couple from “Escape (The Pina Colada Song)” (“They’re both dirtbags!”). Plus, an epic Wurster call from the centerfielder for “The Newbridge Ratmen” reveals the entire history of American baseball as a drug running operation with an impressively deep-rooted mythology.